Perfect. You’ve given me the exact hints i needed! Thanks @Jesse

One last question sorry, I’m unable to make any widgets fit the entire screen on the custom entity screens. Is this by design or is there a setting to adjust? Would love to make use of the “whitespace”

Is there any way to add extra columns to the Ticket Explorer for Ticket Tags / Statuses? So far, I have not had much luck.

If not, is there a way to setup a date select option on the Ticket Lister rather than having to edit the filter manually each day.

You don’t edit it manually. Use {DATE:yyyy-dd-mm} tag. I have not tested it but it should work.

Not having much luck i’m afraid. I am based in Australia so have also switched around the date expression to support our date format of DD/MM/YYYY. The below screenshots show my settings are trying to filter the ticket lister using DATE.Can this date tag also be manipulated to show the day after current date?

They will be wanting to see orders on the widget the day before each delivery date so would need to add 1 to the current date.

Is it possible to add a Ticket Tag/State as an additional column in the Ticket Explorer instead? 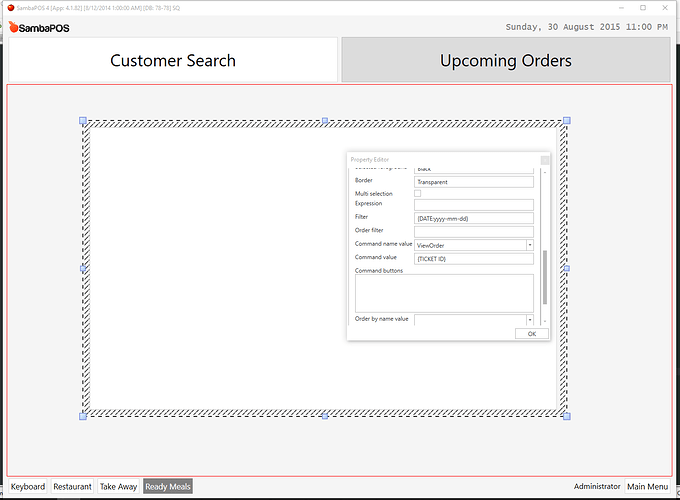 Nono not filter option. Set it for state at top.

I will test it see if it’s possible.

EDIT: Ok it seems its not possible. @emre what do you think about this? Would allowing Tags to be used here be beneficial? If its already possible I must be missing the syntax somehow. 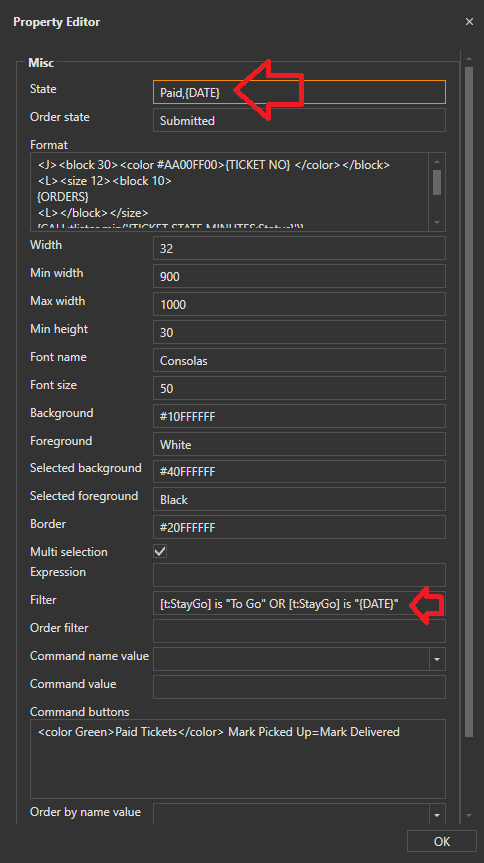 Thanks @kendash. Really appreciate your help with all of this. Look forward to hearing the feedback from @emre

EDIT: @emre: Would there be any future plans to allow custom columns in the Ticket Explorer? E.g Ticket Tags/States
Cheers,
James

For the original question correct filter syntax should be

Here are the possible filter and expression values for ticket lister widget.

ohh sorry I’ve noticed that was something else. Do we need to use {DATE} here? If so we support keywords like Today, Yesterday, etc.

also [t:x] syntax will replace with [d:x] syntax to convert tag to a date.

I agree and I see now that my thought process is possible although slightly different way so you answered my question already.

I was really thinking along lines of reservations type thing. And a little scatter brained thinking so @JimT sorry if I caused confusion.

Ticket Tags would be better approach so ignore my comment on States.

PS: thanks for pointing out that resource Emre I have never really used filters much so I didnt think to look that up. That explains a lot.

PS2: I still have an idea I want to try if it works I will explain my idea if I can not get it to work then its not a big deal. This idea does not directly relate to @JimT question it was more inspired by it.

ohh sorry I’ve noticed that was something else. Do we need to use {DATE} here? If so we support keywords like Today, Yesterday, etc.

Well if you see what I was doing, I was dynamically creating a state in the ticket with a specific date format… If we had ability to use {DATE:X} tag that state when that specific future date came would match and those tickets would show.

Was interesting concept idea I was going to try some other things with it.

I hope you understand my idea.

That would be the same if you store date as ticket tag and use [d:DeliveryDate] is Today expression.

However I think he wants to store weekday names instead of date and group them by week days on a single screen. Like Monday’s orders, Tuesday’s orders, etc.

hat would be the same if you store date as ticket tag and use [d:DeliveryDate] is Today expression.

I understand that but I was getting at what If I didnt use date and had a different flow for it. Date was just my example.

What if it was a program setting instead and I want to match {SETTING:X} with what user inputted for State in the ticket. Doesnt make much sense right now because I have not explained business reason. Let me get to that later.

Sometimes I see a potential idea before I have fleshed that idea out. I see potential let me run some scenarios and I will let you know if its worth trying if not then I will just say nevermind

PS: this idea may be something along lines of RickH retail menu idea recently. It may not be conventional. I will move discussion if it doesnt relate to what @JimT needs but I am not convinced yet.

With states? For example?

Ready Meals is a service that they offer to senior residents around the town where they can call up/come in and order fresh/frozen meals to be delivered on a designated weekday. This is the part where i’m looking for some ideas on workflow/assistance.

@JimT how soon do they do this? I mean is it always weekly or do they ever order in more advance than 1 week?

@emre just ignore my idea for now I have too much going on and I am going to let it rest for now.

Yes I understood your point technically but I couldn’t find a use case for that. That’s why I’ve asked.

@Jesse look like reservation system is on horizon now.

I’m always thinking of stuff community has requested. When I see opportunity for things I might try stuff. I don’t use half the stuff I build lol.

PS: I read pretty much every post people put on here so not much request I don’t know about even the ones I may not comment on.

Basically if it interest me I may attempt things even if I don’t need it. That is how I learn.

Reservation and hospitality is definaty possible I could see a very nice system I just have many other projects more important.