What printer does SambaPOS 4 need?

You can use all sorts of printers, i use Epson TM-L90 Themal printer, I know others use Epson TM-T88 series, any ECS/POS works i think

In general, you should look for an ESC/POS compatible printer, a protocol/language developed by Epson, but also supported on many brands.

Besides the “Ticket” printers, many other could be used. A report printer could be a Laser Printer for example, printing on letter-size paper, or you can even “print to screen” or “print to textfile”.

Printing support is fairly extensive, since in most cases, you will be printing via the Driver that is supplied by your printer.

Would I be able to use any other printers other then Thermal Printers?

Yes. Absolutely. It has nothing to do with thermal / impact / laser / inkjet.

A report printer could be a Laser Printer for example, printing on letter-size paper, or you can even “print to screen” or “print to textfile”.

Yeah many types of printers work. For reciepts you should use thermal because they are much cheaper, I would never buy anything but quality epson printers (epson tm-t88iv or 88v). If you want the paper to not be thermal for some reason, then you can use a tm-U220B kitchen printer which prints actual with actual heat resistant ink. The U220B is what I use for the kitchen since thermal is heat sensetive.

But like they said you can even use inkjet desktop printers for even customer reciepts if you heart desires.

How do I actually use a another printer? I’ve tried to print a bill out, however it didn’t work 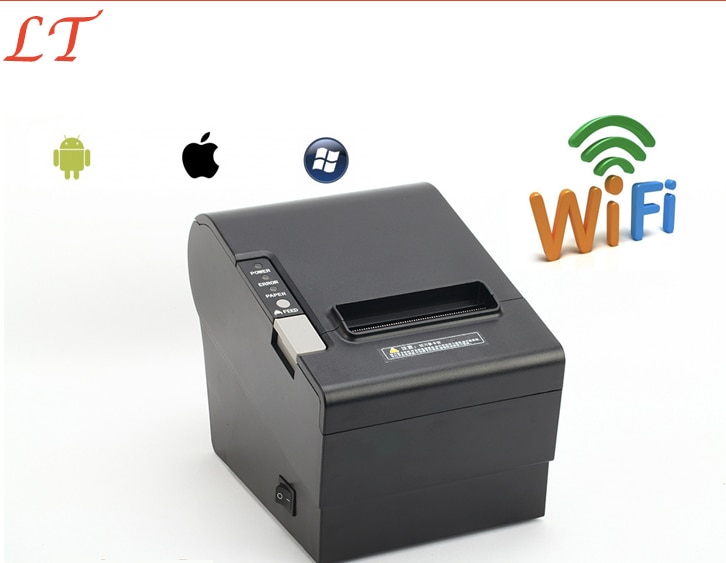 I really dont like the idea of going wifi for any hardware. Why did you choose wifi instead of just usb or if its away from the computer just running cat5e.