Why does split not work for me?

None of these buttons work. I dont know why. Maybe its me, but I would think that if I press SPLIT it would split. 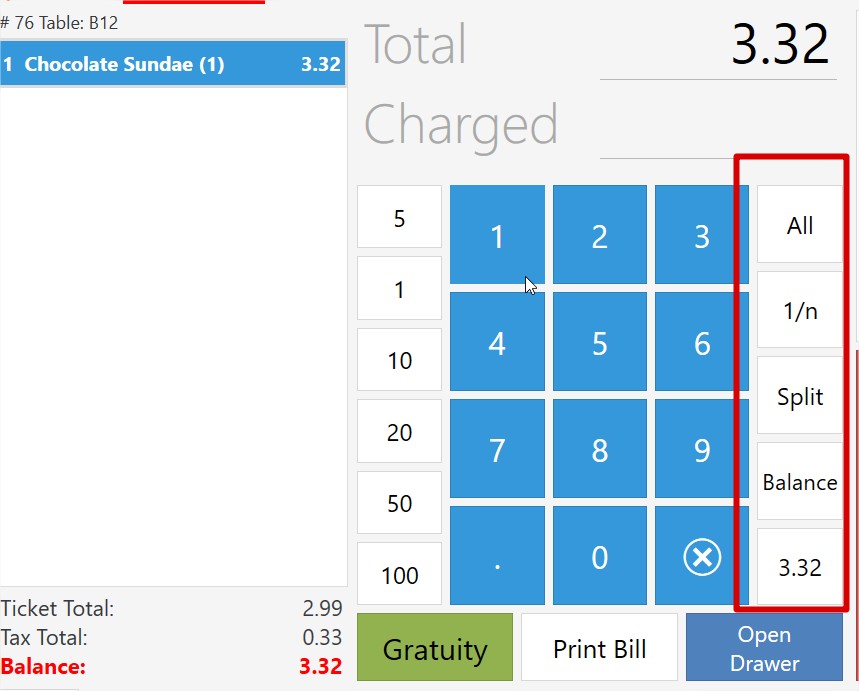 Did you try putting the numbers before lol then press the action buttons on right.

I might need a video to show me or written steps.

I tried what you mentioned and everything else and nothing changes.

Press the number 1 then press split.

No that doesnt work. If I press 1 thats $1.00 cash and it places that in the charged, then I press split and then the total up top is $1.

If you mean 1/n that does nothing.

I have a test machine also and tried it on that one and same thing, nothing.

I think your confused on how those buttons work and what they are. That is not a split total button.

Yes I need it to split total. What is that split button for then?

Thank you for explaining that. I had no idea what the 1/n did.

Its so you can split it by x amount but they can pay with bigger bill. IE NOT exact.

I did a test and I now see how that function works. Thanks. 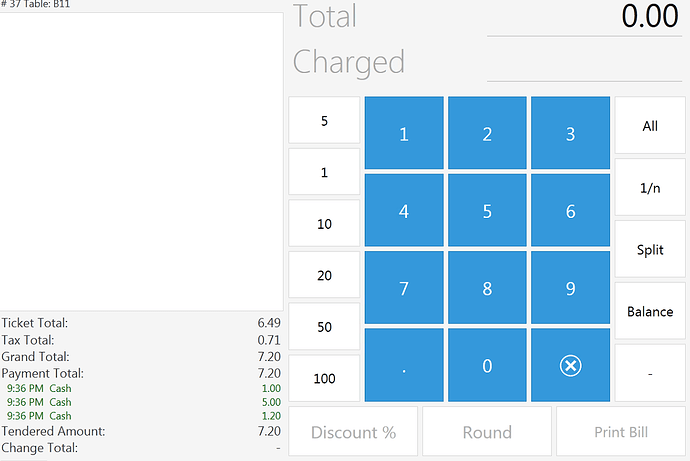 Any time. Sambapos Is by far the best POS out there… it just takes a small learning curve.

BTW you may already know but if you have multiple products on the payment screen you can select individual products to split ticket by products.

That is good to know, because as strange as it sounds, there will be 2 ladies that want to split a $3 slice of pie.

I dont mean split a single item… In that case you would use the 1/n button after selecting that item.

EDIT: Actually it doesnt quite work that way lol. Hmm maybe we can request a feature for that.