Your not making this easy…

So you have two terminals with a printer local to each.
And you want what? receipts to print to both printers o both machines? or are you just strangling to get each terminal to work with its printer?

Im having 2 computers, linked together… Both computers have their own printers, i want each computer to print its own bill

Just make sure the local printer to each machine is setup in windows with the SAME printer name, just something like ‘Receipt Printer’, not printer 1 and printer 2

May I interject and suggest this is probably not the best method?

When I’ve had to set up multiple printers, they’re all mapped on the SQL Server. Every terminal can access every printer, and should a printer go down, its a 2 min change in the print job to swap printers and continue the night.

if you go into print jobs, you can choose what printer is used for what terminal 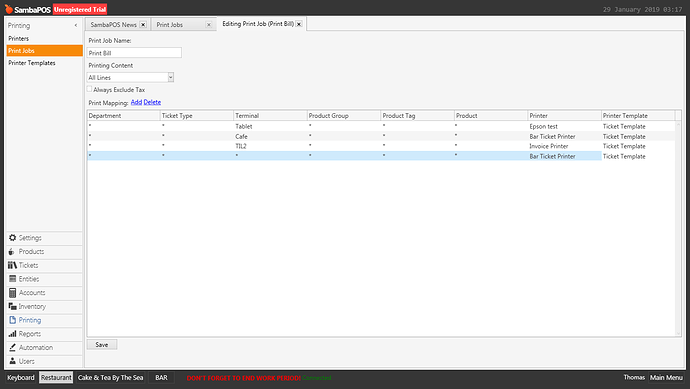 Hi, Can you pls explain this in detail, with some screen shot, it will be very help full,
We also need to print the same bill in two printers but not able to do it.
thank you.

The printers need to be available to windows for any given machine needing to print.
Then add a line in the print job with each printer and corresponding template.

Yer, so in the print job for the print bill add a mapping line and set kitchen printer and template to go with it… 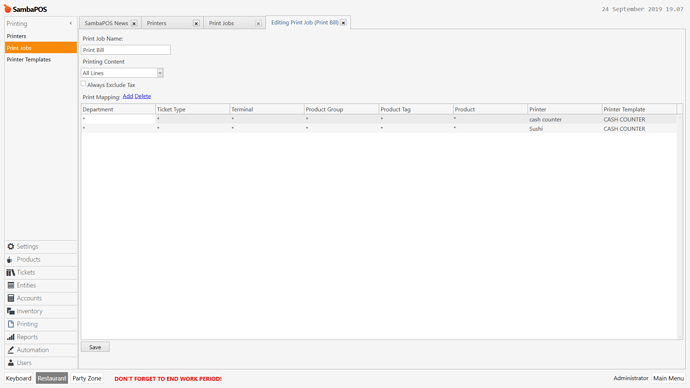 Show you printers setup in samba and the printers list in windows.
Printer name needs to be available in windows for samba to print to itm

You can also look at the printer setup section of kb.sambapos.com 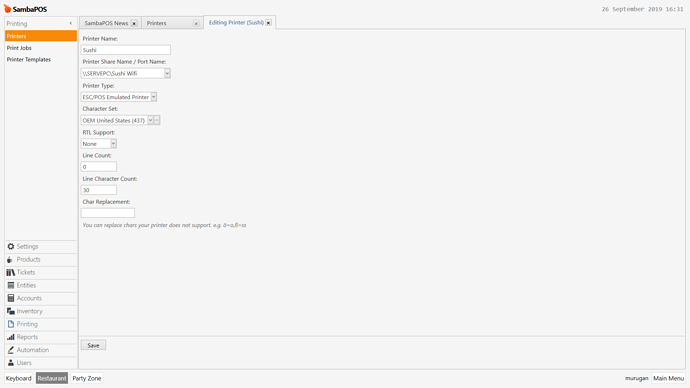 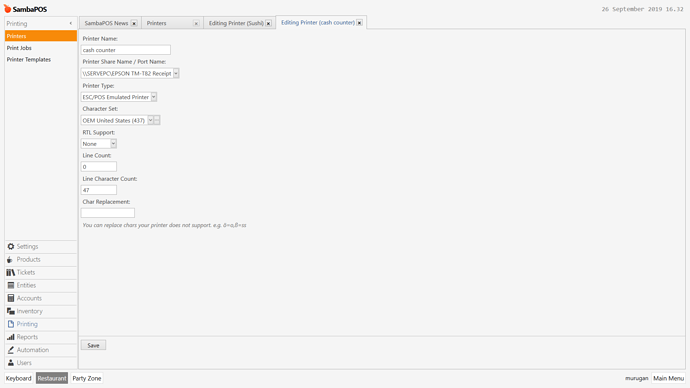 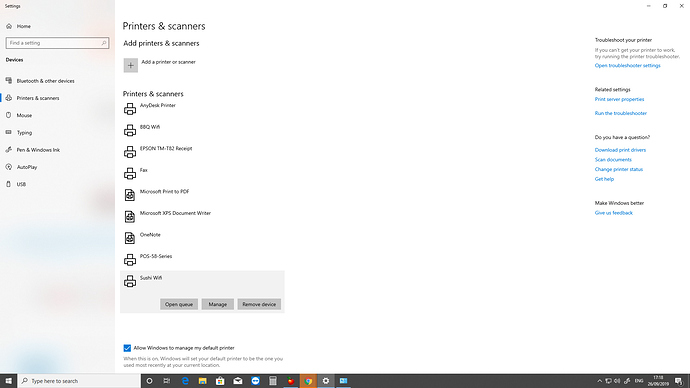 So issue is with wifi sushi?
Are you getting any prints to it?

yes, we get the KOT on that.

All the KOT Assign to the Sushi is coming on it, only when we print the bill it is coming only on the Cash counter printer not on the wifi sushi printer

Hi, i checked that link, in that there is a option to print all the product group kot in one more printer, but not only to print bill to one more printer.
Can you kindly give me the solution.

waiting for your reply