It would appear after using SambaPOS v5.2.22 for about a week (from a fresh install), suddenly 2 settle buttons will appear. What actually is happening is an additional mapping is being added to the Settle automation command, which makes the button appear twice.

Also on all the installs I have had this happen to, I have the settle Button Header set to “Payment”. This button header is also being cleared so the button reverts back to being “Settle”. 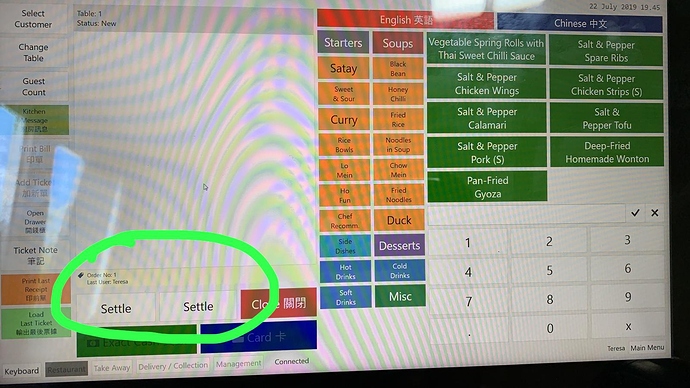 I have noticed now 4 times with different clients. The first couple times I blamed the client for messing with the setup (which they always said they hadn’t) but now I believe this is a bug in 5.2.22.

I have not noticed it… It can happen if someone hits the maintenance button for Creating default buttons. Are you sure they didn’t mess with that? 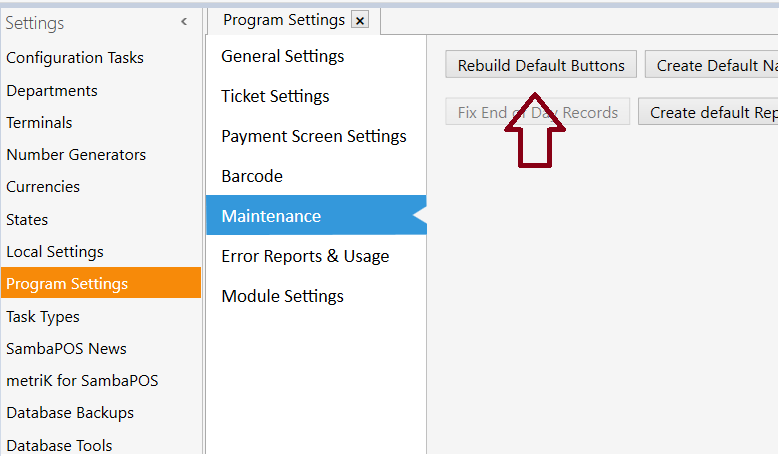 I will keep watching my setups though. That is a really odd issue. I would think if it were a bug we may see it affect other commands. Its really strange its affecting just one.

I tested the Rebuild Default Buttons theory and I couldn’t get it to make two buttons. I dunno man im stumped. I have never seen that. Ive been on 5.2.22 with 4 terminals one at my food truck and three at my restaurant as well as 2 dev machines at home and i have not seen that yet.

Is it running LocalDB? I wonder what we could use to test to try and reproduce.

On all of my terminals I have it set to Pay Ticket for header with a symbol. 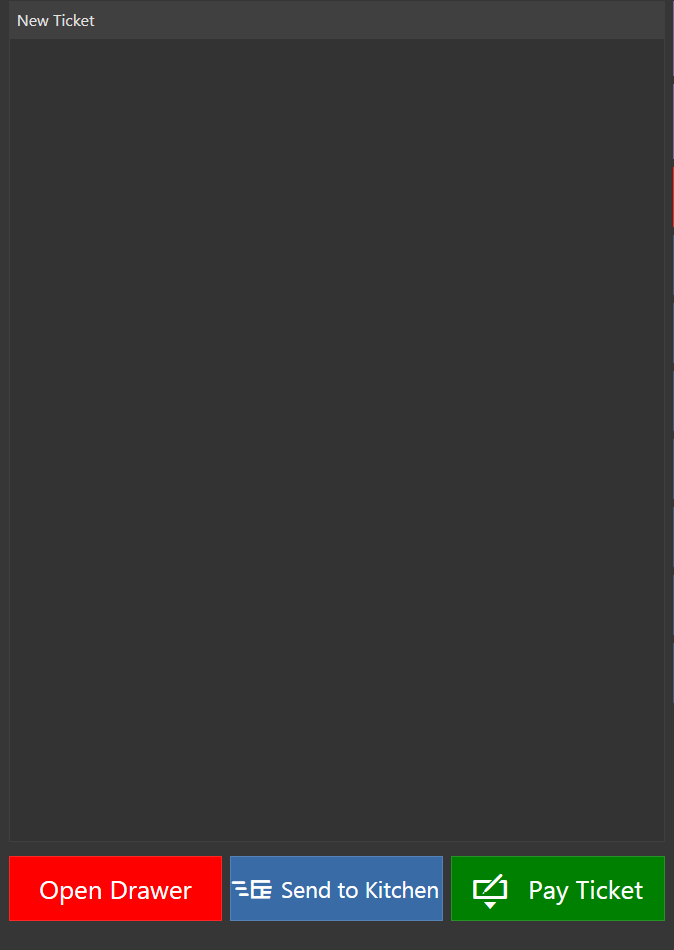 Ok just looked over our logs of this issue, first time it was reported was in January on an install with 5.2.18 so it’s not only the latest version. It seems to be happening after the client has used the system for about 1-2 weeks and after being fixed so far I haven’t seen it recur.

Majority have been SQL 2017 installs but one was LocalDB.

I’ve never once seen it happen in any of our dev / test systems and never during setting up a new database. It only ever happens after a client has been using for a while. Even on all of the setups we provided training either in person or remotely after they received the system and we had seen the setup after a few days again without this issue showing, then few days later either it got reported or we saw it ourselves after 1-2 weeks.

Man that’s odd. I wish we could record changes to it.

I’ll be able to get a backup of a system with 2 settle buttons showing shortly as I need to fix for a client, I’ll take a backup before I fix it. Not sure if much help though nothing will really be logged related to that.

I would still lean toward them doing something. Maybe unknowingly. Something that big surely would have shown up by now.

I would still lean toward them doing something.

I doubt this though, here’s why - in order to manually recreate what is happening, you need to do a few steps:

I don’t think anyone would do that unknowingly, especially when some just don’t know why the button has appeared. Those steps are a lot to do manually and unknowingly!

If you can I would like to look at one of the databases.

You are using multiple departments. That’s something I’m not. That could be a clue. I dunno

It’s also strangely a lot for some bug to do.

Having now investigated and resolve the issue for the most recent client to have this issue, I noticed something else about the 2 settle buttons.

When the issue occurs, the Settle button is now set with a sort order at the top of the list: 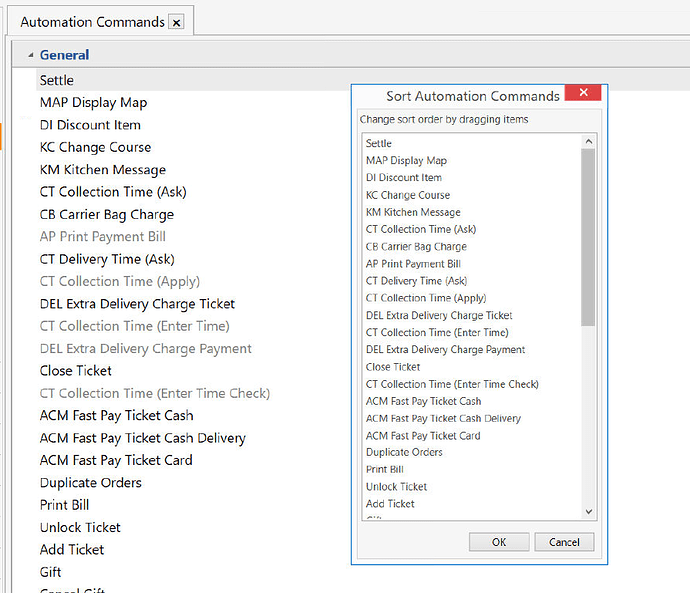 In the database, it has been given a SortOrder of -2 which as far as I can tell is not possible to set via the UI since normally the SortOrder is set in values of 10 with the lowest being 10. If a new automation command is added and not yet sorted, it is given a SortOrder of 0. I think this alone proves this isn’t being done by the client.

This is how the Settle button was stored in the database before the change happened:

The additional duplicate mapping that gets added for the button also has the EnabledStates set as NULL (compared to being an empty string on the original mapping).

This is also the only mapping across all Automation Commands to have a NULL value. 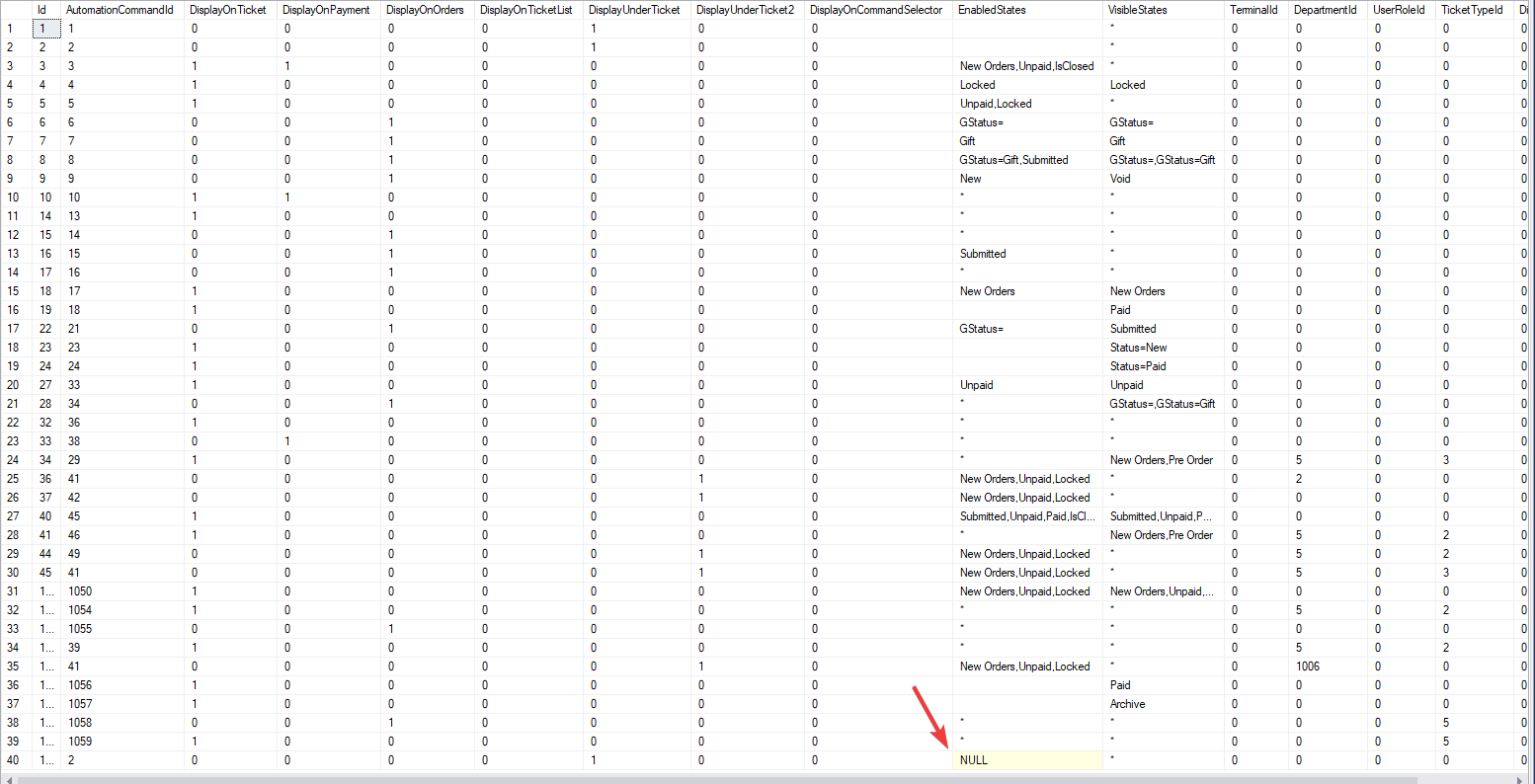 Out of curiosity did it get installed with sample data?

On the actual system, when I installed SambaPOS, I installed with sample data and without database (as I was using SQL 2017), but right after that I created a new database via SambaPOS then I restored a backup from my dev system with the client’s setup (our base setup + their menu etc.) from Database Backups in SambaPOS. This is exactly the same process I’ve been doing for years.

Also as I mentioned previously, the 2 settle buttons issue did not happen after restore, it was a few days after the client has had been using the system. In this case, this was after the license was applied, basic testing on system, cleared transactions, training, client trying out for a day or so, cleared transactions, real usage for about 2 days (so at least 1 work period had been completed)