Ability to add custom order notes on the fly?

I’ve seen how you can create a set of order tags in advance, but is there a way to create custom order notes/tags that do not already exist? The use case is for if someone wants an unusual request for an order item. I’ve seen other POS systems that allow you add text notes / modify the order name to reflect custom requests.

Can you do something like this in Samba? Thanks!

Yes, it is called Free Tagging. 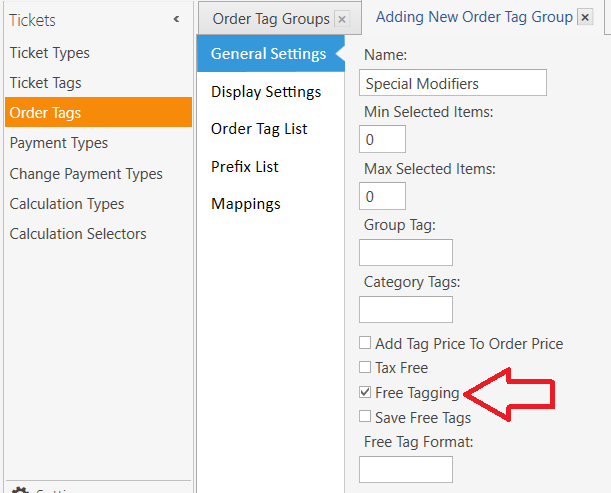 Thank you! That looks perfect.

Further to this, is there a way to create pre-set ticket notes? for example if someone has a gluten allergy, is there a way of putting a button on so that this will be entered into the ticket note without having to type it in every time

You can turn on option to save free tags.

You can add these through order tags and easily map to product groups or particular products the way I did. 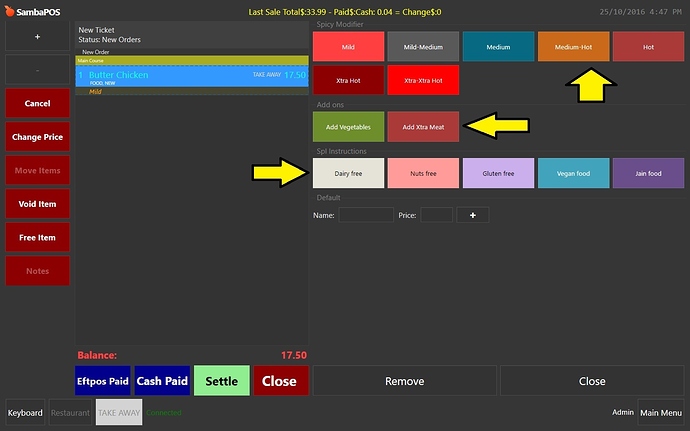 I know you can do that @Jesse but what I’m looking for is a way to enter pre set ticket notes rather than order tags. Is there a way of doing this?

How would i do this @JTRTech? I have created the Automation button but im unsure how i would give the list of options to be selected and then get it to update the notes.

The values field at the bottom, then when you press the button the list of options will show on the right where tags and portions usually go.

Ok ive done that now how do i get the option to be entered into the Ticket note?

A rule with constraint of the command name and an action of tag ticket where the tag field in the action is [:Tag] so that the field is available in the rule and then in the rule you’ll put [:CommandValue] (selectable in the dropdown) which will take the value button on right into the tag.