Able to Close Ticket with no Entities when Ticket is Tagged?

Can someone please tell me the defaults for Enabled States on the Close Ticket Automation Command button?

Somewhere along the way, I must have messed something up. The issue I’m having is that I am able to Close a Ticket with no Entity assigned. I know this shouldn’t be possible, and I’m not sure how to fix it, since I don’t know what broke it

It could also be something missing in one of my Rules for Ticket Closing, Close Ticket or Before Ticket Close rules.

This can be possible if an entity was assigned through an action somewhere when that entity actually does not exist inside Entities. It would show no Entity on the ticket but it would let you close it as if there is one.

If that is not the case then is the closed ticket showing up in ticket explorer?

Yes, I need to check the New Ticket Rules for sure - thanks for that @Jesse. I was playing with Entities a short time ago, having to do with a TakeAway Entity… but thought I had removed that since I switched to a Ticket Tag instead… something probably still lingering there that is causing this.

The Ticket is shown in the Ticket Explorer and in a Ticket Lister Widget.

Does it have paid state?

When I Close the Ticket, it switches from New Orders to Unpaid.

It has to do with Update Ticket Tag.

I have a button that toggle the Tag between Dine In and To GO. If I click the button once, it updates the Tag and Refreshes the Ticket. I can then close the Ticket.

Very strange. Still can’t figure why this is possible.

@emre, I think I found a bug here.

Reverted my DB to Jan.31 - no issue.
Imported the TakeAway file - the issue reappears
Revert DB back to Jan.31
Start to manually build TakeAway and I have pinpointed the culprit

If I delete the TA Ticket Tag under Tickets > Ticket Tags then this problem disappears. Unfortunately, I need the Tag to be there so that I can capture Ticket Tag Selected Event. Without the TA Tag, this event does not fire. 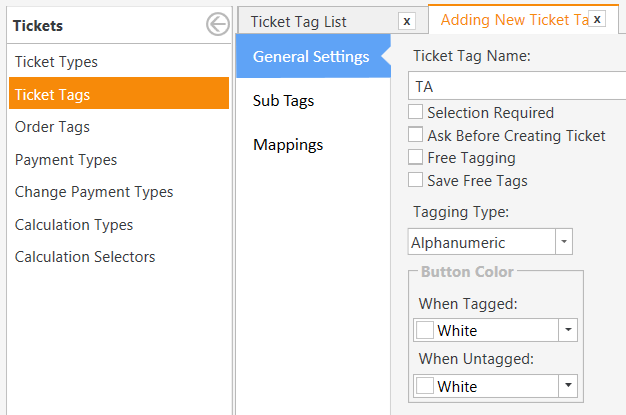 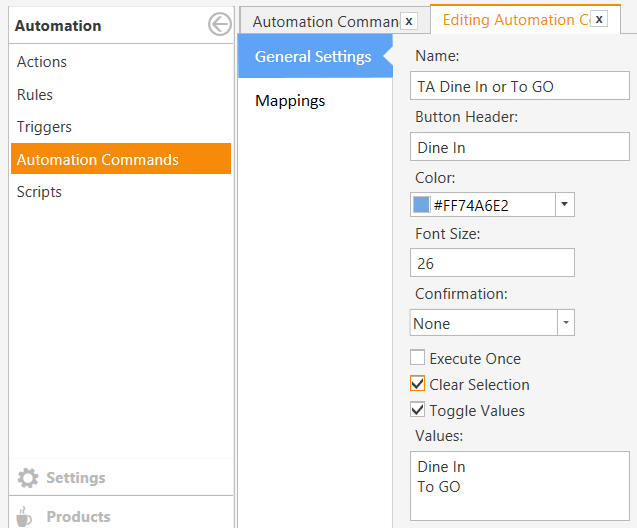 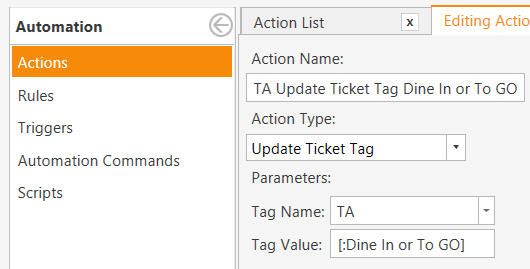 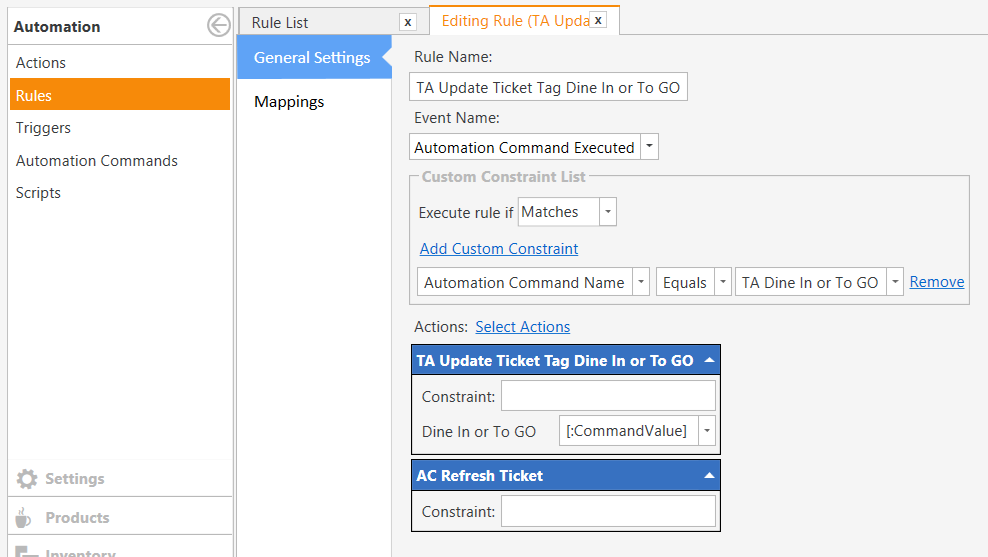 Strange that you would have to do that. Is it assigning an invisible Entity Somewhere?

I’ve looked everywhere for anything to do with Entities.

@Jesse, if you follow the setup as I’ve posted above, can you replicate the issue?

I actually have a Ticket Tag auto assigned in a similar fashion. And its a real tag so i can track it in reports… and mine does not do that. I will follow exactly yours and see what happens.

EDIT: I was wrong my tag is not a real tag… it still allows reporting however. I entered it as a real tag… and behavior did exactly as yours… ticket closed.

So it has to do with an actual real Ticket Tag assigned… its treating it like an Entity. If you just use dynamic tags through action and rules and do not actually define a tag under Ticket Tags… it works correctly and does not allow close.

This might be a behavior @emre was expecting. I am not sure though. I know I use mostly dynamic tags and never really defined any so I never noticed,.

I use mostly dynamic tags

Yes, same with me. I’ve never really defined ay “real” Ticket Tags in the past. Mine have always been dynamic as well. So I’ve never encountered this issue until now.

It might be expected behavior, as you say. I’m not sure what this would break in other peoples implementations if this behavior was changed in a future version, so it might not be a good idea to alter it.

At least I have found a way to prevent it, so it’s good enough for my needs - I just thought it was odd.

We can wait until @emre chimes in on this.

It kind of makes sense that Ticket Tag would allow close. It assigns a tag for tracking…

More I think about it the more I think it might be expected we just never discovered it lol.

Example if you could park a ticket tagged as To Go you could setup a ticket lister to filer all '{TICKET TAG:SG}'=='To Go' without using entities. Dont know if that works or not… but i might try it.

you could park a ticket tagged as To Go

LOL, I agree, the behavior is probably intentional, and you have just mentioned a good use for it. This, after all of my recent preaching about not being able to close or “park” a Ticket with no assigned Entity. Now I see I’m wrong… and it makes sense in terms of a Ticket Tag for this very type of scenario.

Since the possibility of using a Ticket Tag as a filter in the Ticket Lister interested me I thought I would try it. Maybe I am doing something wrong or maybe that Filter does not do what i thought. But I tried '{TICKET TAG:Service}'=='Lunch'

It did not show any tickets. I think maybe I am using wrong syntax for that Filter option I will research it some more.

I’m not sure why this is the case, but you could try:

I tried that too and it didn’t work. So maybe it does not have access to that. but you would think it did if it can access {GROUP CODE} in Orders

Yes that filter part has it’s own syntax. [t:Service] is 'Lunch' should work.

Yes that filter part has it’s own syntax. [t:Service] is ‘Lunch’ should work.

Hmm not working. I will keep playing with it.

Sorry that was a habit from new script engine. We should use double quotes there