Does the Action Display Ticket List support more than 1 State? 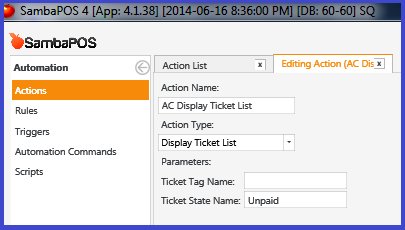 That feature is tied to implementation of ticket list display when we click on ticket tag buttons on Create Ticket mode. How you’re planning to use this ?

But as you can see, the Locked Ticket is not shown in the list, since I have it filtered to display Unpaid: 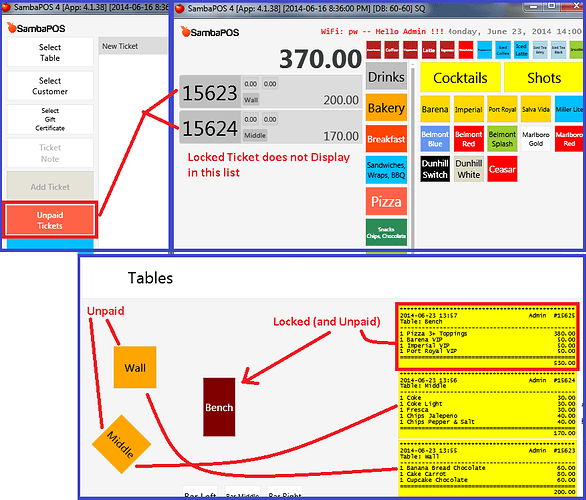 That clearly reveals a design issue on our default data. Maybe configuring Locked state as an additional ticket state would be a better idea since in both states ticket’s real status is Unpaid. I mean printing a ticket should not change Status = Unpaid state. It should change other state such as PStatus=Locked maybe…

What would you think about such change? Do you have rule configuration that specifically depends on Locked status?

I don’t think I have any Rules or Automation Command mappings that specifically use Locked, but I would need to check through them all to be sure.

I’ve tested it on one of my sample databases.

@emre, please look this over and let me know if I missed anything… I think it is working properly in my limited testing. 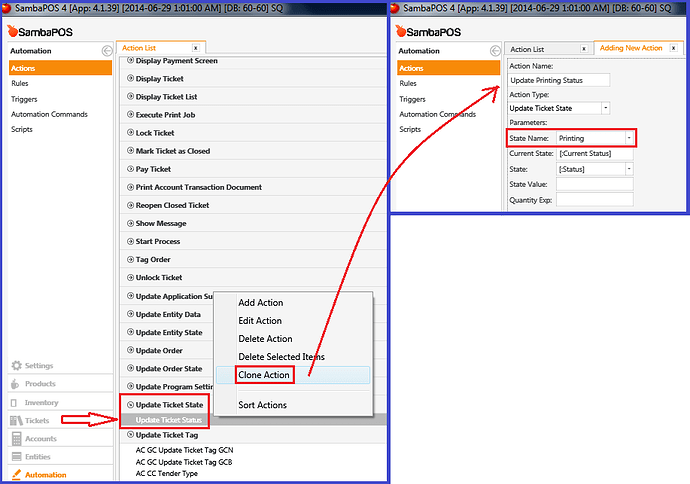 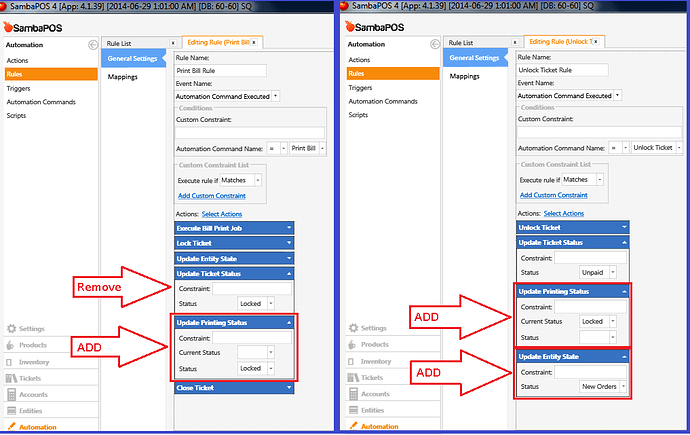 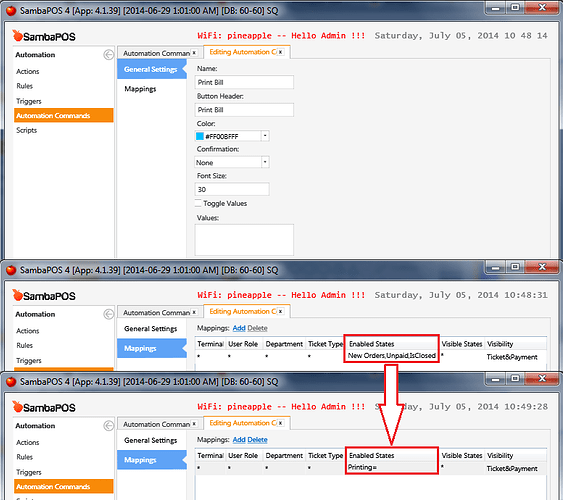 Flow / Operation: the Printed Ticket is showing in the Ticket List 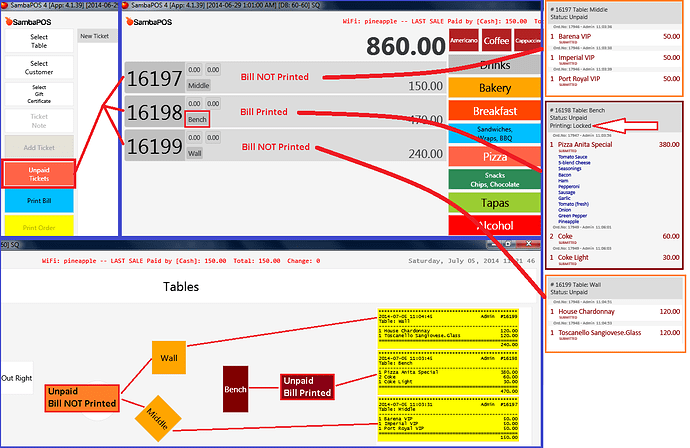 Great! it seems fine to me and that solves most “multiple state support” issues. It should also solve missing tickets issue for Customer Tickets screen. We should include it in our default setup.