EDIT: I will be updating this tutorial soon to reflect some changes made to simplify back end operations.

!!! IMPORTANT !!!  You should read the original tutorial before you attempt this method

Alternate Setup: Rules and Actions changed to support the alternate setup however the TimeTrex portion is the same as the original tutorial.

Database Tools Module Import File: This is just the SambaPOS setup portion you still need to setup the TimeTrex scripts as listed below.

You will need to update the file locations, user names, role names within a few of the rules to match your setup.

Popup when Employee logs into SambaPOS:
If employee chooses Exit it will immediately log them out of SambaPOS and will not record a punch. 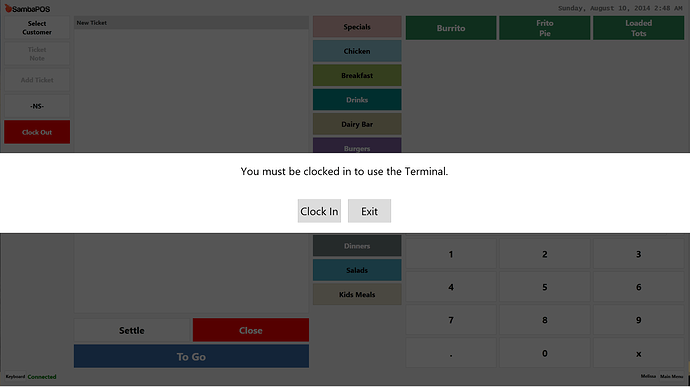 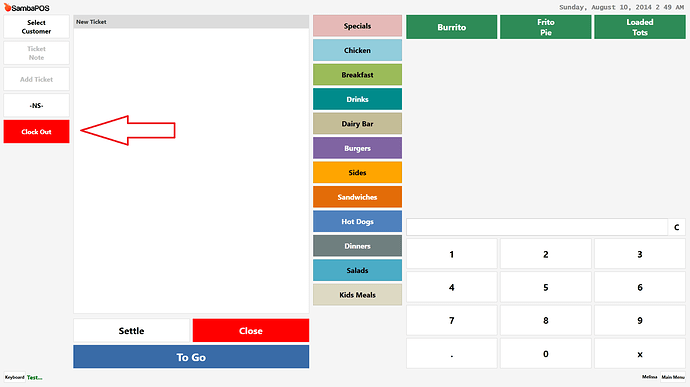 Popup when employee hits Clock Out:
If employee chooses No it will not record a punch and take them back to the POS screen. 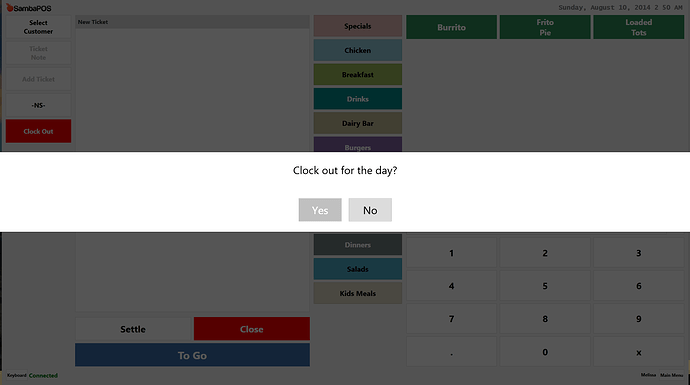 Will be updating this Tutorial soon. I have made some changes for smoother operation.