[Answered] Command Buttons not showing on a custom entity screen

I am in middle of my TimeTrex integration and I have decided to go with two Command Buttons on the TimeClock entity screen instead of linking it directly with login.

My command buttons are not showing up on the screen. I made them correctly even linked them to a basic action via a rule just to make sure it wasnt the reason.

The buttons on the left are Clock In and Clock Out both Automation Commands are made . Why are they not showing up? 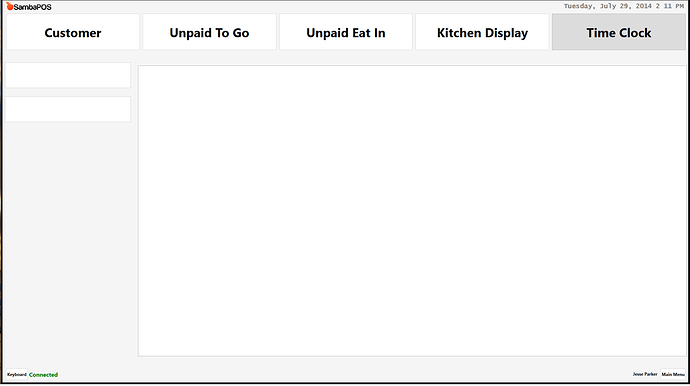