Anyone get a black screen?

This is a little bit strange, in 2 differente setups I get the same behavior:

1.- Windows 10: When I change samba from one screen to another it gets completely black, the only way to recover it is to change the window to another screen and then maximize it again, it does not happens every time.

2.- Windows Server 2012 Core: when the computer recovers after turning the screen off, again I get the black samba screen, the way to recover it is to close samba and restart it, Does not happen every time but could be once every 2 or 3 days.

Anyone with the same problem? Any way to debug it and find a solution? I don’t want the users to restart the computers every time it happens

Just so others can compare what version are you running?

Umm I am running a later version beta of 5.1.59 and do not report this behaviour. There is a new 5.1.60 version out, perhaps you try upgrading to that version after taking a backup…

I have never noticed that. Is it only sambapos doing it? My home test machine is a 3 moniter setup and i move sambapos between them regularly

The most strange thing is that if I do a screenshot, it comes ok, but window is still black. 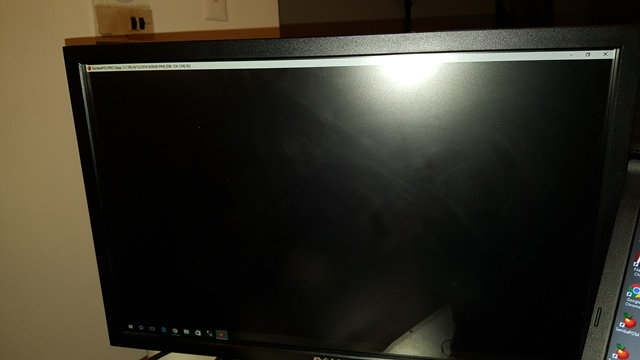 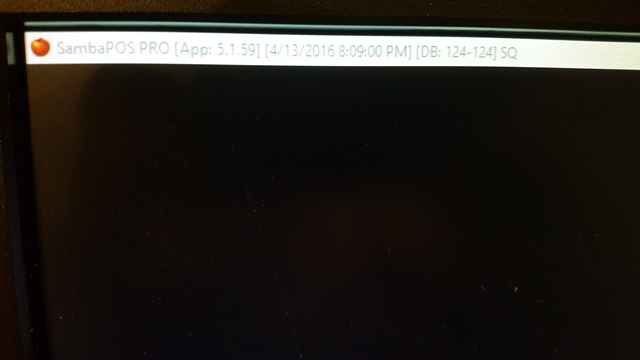 This discussion have some useful recommendations to try.

All this posts suggests changes in the code in the application rendering support, I’m testing in a new windows 10 installation (my laptop) and at my customer I have installed Windows Server 2012 R2 Core.

I’m using the latest drivers on both, also just checked for updates and I’m at the top levels.

I haven’t had that behavior before, so, something in the new operating systems are causing this (I haven’t see this in windows 7, windows server 2008R2 or windows 7 embedded). I will test in windows 7 again on my other computer.

Did you only noticed that? lol… Code change recommendations related with disabling hardware (graphic card) rendering support and enabling software rendering. Yes not using graphic card rendering will probably solve that issue but I don’t think it is a good recommendation.

Me neither. I will test with Windows 7 and windows server 2008R2 (my other installations where that does not happens). If so I will downgrade the OS.

It’s likely a problem with your display drivers. Make sure you are using the correct drivers from the hardware manufacturer and not some outdated generic ones that came with Windows.

Thanks, I’m testing now with Windows 7 and I cannot see that happening again, so if I cannot disable Hardware Acceleration in the production system, I will have to downgrade the OS to Windows 7 or Windows Server 2008R2

so if I cannot disable Hardware Acceleration in the production system

I have to probably load the GUI in the server and then unload it again (I’m using server core). I will post my tests ones I finish them

Using windows 7 or Windows Server 2008R2 this does not happen, so I have switches to windows 7 on all my stations.