Anyone running tablet as a terminal with drawer etc?

Just curious if anyone is using stand alone setup on a tablet?
Interested in experiance model and if you can to lookup spec with regards running sql on a tablet.

Also curious in any use of tablet as a terminal and what you did with regards printer (usb or networked) and if you used a specific stand and how it works for you?
Also any methods used for securing the tablet if that has been addressed.

Would love to offer setups using tablets for terminals, cleanest thought would be a networked printer to reduce visible cables even more with printer and drawer undercounter.
Particularly interested in anyone’s experience with stands like pole mounts for really tidy minimalist terminal.

Mine is probably more expensive that what you would look at, but I run it on a Surface Pro 3 and I use a dock with Ethernet for power and printer. However its also wifi enabled so If I ever took it out of the dock it would still print.

This was before the Surface 3 and ive read that surface 4 is due out soon probably november. Surface 3 would be a better price. Surface 4 looks very promising.

I do not use a pole display I can simply flip the tablet around and show them the screen if they ask.

Surface pro 3 that I use is a full blown i5 cpu very powerful. Surface 4 is rumored to use the new intel skylake which is ground breaking for die size and energy efficiency. Surface 4 is also rumored to not have any fans.

My experience with surface pro 3 is that its no different than a desktop for performance with SQL Server and SambaPOS.

Surface docks in landscape doesn’t it which is nice.
Was it a microsoft dock or 3rd party? is the angle it sits ergonomic for purpose?

I use the MS one. Its a little pricy but I like it. It has a security lock too so you can lock it. I have seen some very nice POS designed docks for surface tablets though. I wish I had known about them.

Was just about to say - crikey they are not cheap for a dock but its the port replicator/connections which is worth it.

I’ve tested SambaPOS V4 on a couple Win 8 tablets a while back, and worked fine (though was using SQL Compact Edition). They were pretty cheap, entry level models (one was a 7" and other was a 10"). Other than spec wise, I felt the 7" size was too small for stand alone use, but would work well for a waiter tablet. 10" should be fine for stand alone though.

If I recall, the 10" one I tested actually did have SQL Server running on it (although not used by SambaPOS) as I had previously tested another POS software a while before that.

From memory the 10" tablet spec was an Intel Baytrail-T (Quad-Core) Z3740D processor with 2Gb RAM and 32Gb storage. The 7" was identical spec I believe.

I think to connect printer using network or wifi enabled printer is best way to go, but I would say you should be able to use a USB printer just by using a USB OTG adaptor to give you a proper size USB port, especially if the tablet is to be securely mounted. Cash drawer would be via printer so will work either way.

Is my personal favorite. I would just get the Ethernet adapter.

Was liking the idea of networked printer so counter is as streamline as possible.

I would just get the Ethernet adapter.

Would prefer an ethernet connection personally, surface doesnt have one does it, is that a usb to ethernet?

Most tablets just use wifi, unless have a dock, which I have no experience with.

You can also consider a wifi enabled printer.

I like the dell tablets personally, have used the venue 8 a couple of times for samba and does the job and is cheap.

Looking for larger see they to an 11" pro (presumably a budget surface equivilent) and just found it has a tidy landscape dock with USB and ethernet.

Almost looks to be ideal. 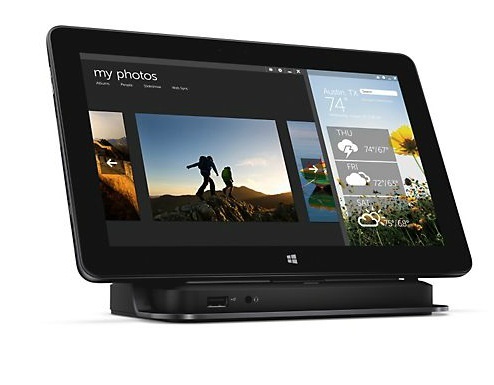 @markjw I know you good with specs, it has a Intel atom processor z3770, any good?
Google returns similar performance comparasons to Intel Core i3 4020Y

Well had a bit of a splurge and have ordered an i5 version in a bundle with very nice clip on keyboard (which makes into laptop) and a dock.
Thought was too good-er deal to miss at £350 inc the keyboard and dock.
Will take some photos and give feedback when it comes (hopefully wednesday)

Also just noticed Dell are selling a new 11" Atom tablet from £288 exc VAT (£345)
Doesn’t say processor model but would be nice if it was good enough maybe for ‘slave’ terminals with 2GB ram although 32bit but that shouldnt effect samba should it.

The new Intel skylake chips will be something to watch. Increased performance, smaller die and much better power and heat performance.

In regards to windows version, there isn’t any real disadvantages to not having pro version on a ‘slave’ terminal is there?

Not for what you are using it for.

had a quick google but cpuldnt find a quick solution.
How to disable the swipe for desktop etc.