Somehow suddenly it stopped working expectedly. When automation job is run the printed report is for everything since the system was installed. I can still print a workperiod report manualy. I’ve checked the trigger and action annd everything is setup fine and should work. The action for printing is set to workperiod but yet it prints for all the reports which are in the system.

What could be causing this?

Try removing the print action in your rule, save it, then close the rule

If that doesnt work theres probably an issue with your print job template, or someone has changed it as things dont just stop working or chanhe for no reason

Tried all that, doesn’t work. The template works fine when I print it manually,

Check the debgger to see if other rules are firing

I’ve never solved this problem and now it happening at another location too. 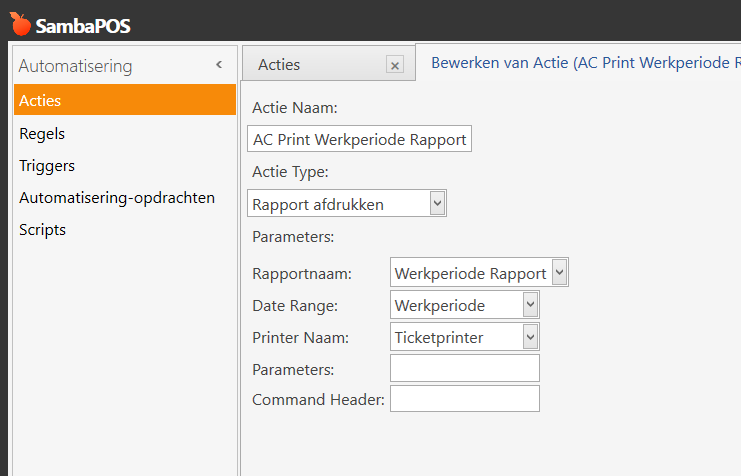 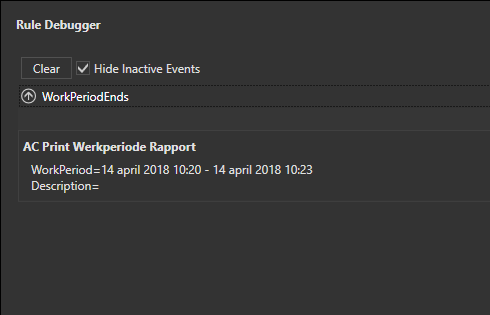 I really believe this is a bug @emre

Clear the Date Range parameter in the Action (leave it blank).

Remove the Action from the Rule and Save the Rule.

Add the Action back to the Rule and Save the Rule.

That was the fix. Rather strange it would show this behaviour, one would expect it to print just the workperiode is you select the workperiod. Is this a bug or by design?

Is this a bug or by design?

It’s a known bug that might not be fixed in V5.