Toggle Values
Are these suppose to toggle at the Payments Screen? Current it only shows Button Caption but toggles through vaoue at the Ticket Screen. 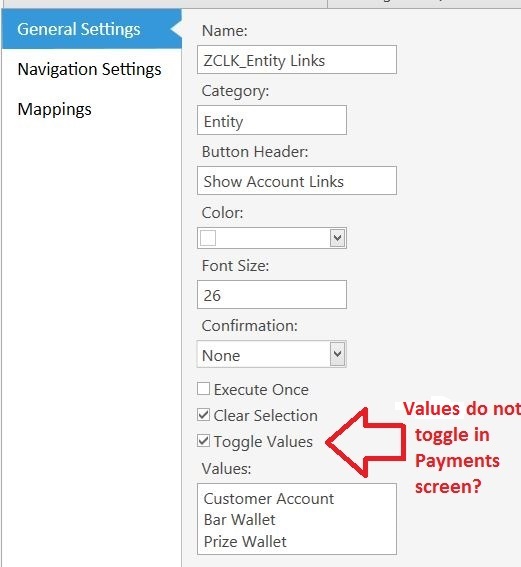 Ok apologies everyone this question got side-tracked.

I thought I would provide this GIF on what I am doing on the Payments Screen. I am changing Accounts on the fly which is cool, so Family Accounts very achievable.

[EDIT2] For a case example: This Feature not only allows Family Accounts but also eliminates the need to transfer Account Value! A common issue faced in our venues reducing another step.

@emre do I also assume [:CommandValue] also is not received by the Payment Screen? Or do I have this wrong…
Command Value is NULL. 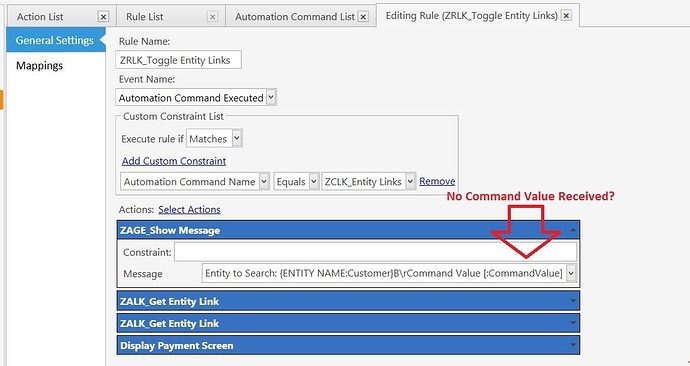 NOTE: Automation Command ZCLK_Entity Links is mapped to the Payments Screen and uses Toggle Values (3) as shown above 1st post.

Confirmed - this does not work. In fact, the Command Value is empty when you click the button on the Payment Screen. Not sure why that would be the case.

I would think it should work. It’s not like we can’t pass values from all kind of other places like Entity Screens, Accounts Screens, Actions… 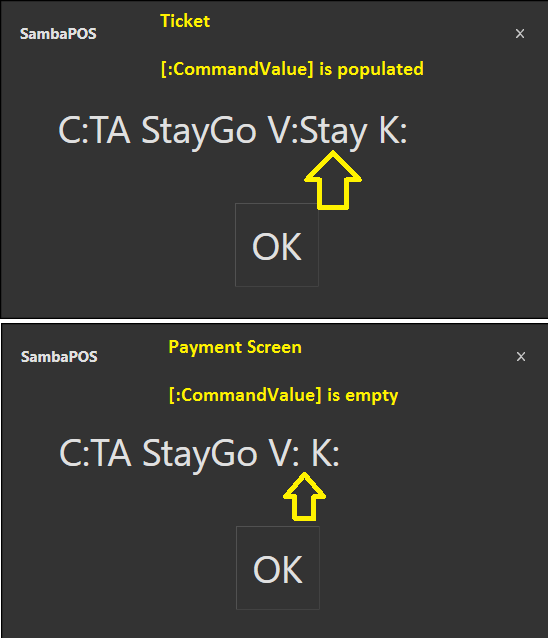 Even so, we can still automate what you want @pauln, since it does recognize that the button was clicked. You would just need to track and toggle values a different way yourself, perhaps in a Program Setting.

I would think it should work

Yes I am wondering if it just an omission? I could just use 2 buttons BUT I really like the Toggle functionality as it saves having to “Ask Question” etc. The real issue is the Toggle Caption does not operate as it does in the Ticket screen. I will see what @emre has to say before I add the new Actions I think.

I have another question:

Is there a process to RESET the toggle value back to the first/last value (just whatever the initial state is)?

During the course of normal operations say the Entity Assigned may change so I wish to have the custom Automation Button on the Ticket Screen go back to the original state.