Maybe the order data is just not accessible in Ticket Total Changed?

Yah, that appears to be the case… even {ITEM NAME} isn’t available, so we can’t tell which Product is being updated.

The +/- buttons have always been a strange one to capture with meaningful data… it was worth a shot.

I think @emre was planning to throw them out anyway, or was that only the select/change entity buttons?

We need an Order Looper… I’m not happy with storing these as Ticket Tags in the first place - they should be Order Tags instead.

That would definitely be the best… But it’s probably not an easy feat, since @emre is staying very quiet about it…

was planning to throw them out

Yes, @emre has mentioned getting rid of some of the hard-coded buttons, such as Change Price, maybe Ticket Note… not certain what his plans are for +/-.

… and this has something to do with Entities too, but I haven’t played with it…

I see… Is there a way to add them again with an automation button then?

Yes, with Change Ticket Entity Action… a bit of a hidden feature: 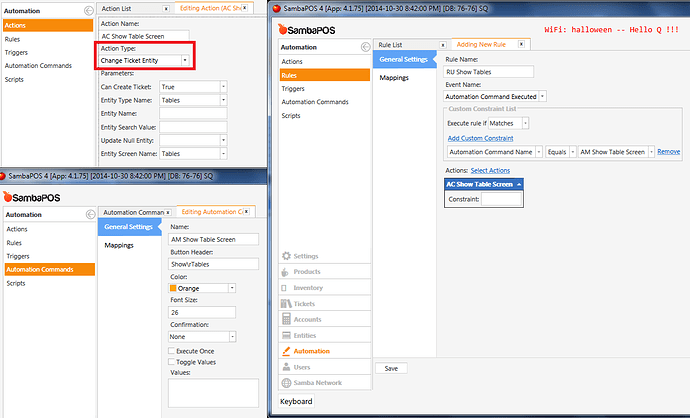 Nice!
Does that mean you can open new tickets without having to close (and lock) the previous ticket?
Or will this just change the table for the current ticket when you click on another table?

LOL, I had never tried this before… it turns out that it will let you select the table and add an order to it, and it even changes state (color). But when you close the ticket, then click Show Tables and select the same table, the order is missing, even thought the table is Orange. 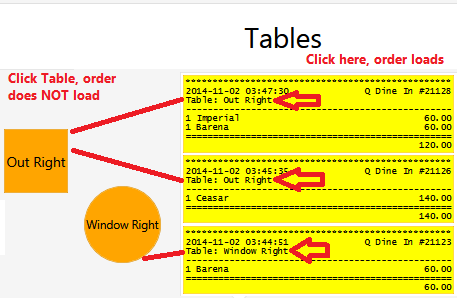 Hey! What have we here??? Will need to play with tomorrow… 4am here now…

Wow… Interesting… That could be very useful…
I doubt we’ll be able to use this to loop through the orders though?

The tables screen is behaving differently with my setup. When I go to it it behaves exactly like the “move table” button…

I just tried out Select orders with Select All set to “True”. I assumed it would select all orders on the ticket, but it doesn’t seem to do anything.
Tried with “Gift” in Order State, it also doesn’t do anything.
Adding Refresh Cache doesn’t help either.

Maybe it’s just an empty shell, and @emre is still working on this?

Wow… It is very hard to handle all possible ticket changes and update discounts accordingly.

Ticket states can be useful for that. When ticket brought to a state (something like Locked state) you can execute update order state action. When there is no order selected on ticket that action will trigger for all orders one by one so you’ll be able to update orders.

Important Note: I’ve added Hard Refresh Ticket action to refresh order display but it won’t work for new created tickets and we shouldn’t refresh tickets as demonstrated there as it basically closes & reopens ticket. On next version it will automatically update order lines after entity selection so no refresh will be needed.

Displaying custom fields issue is related with screen customization feature. I’ll try to improve that too.

Ok, I see… I managed to get the field to appear, however Screen Customization should not be affecting the visible fields in Manage > Entities > Entity, so I hope to see a specific improvement there.

I forgot about the following as well, which works just fine either way, and I probably should be editing Entities this way to begin with… Batch Entity Editor: 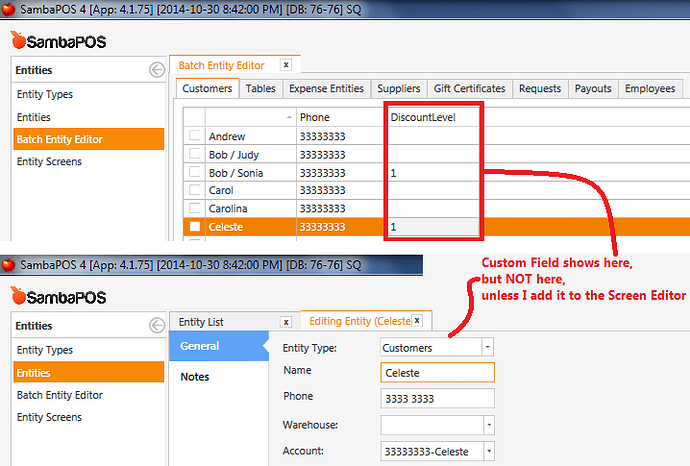 Not really sure what to do with this? 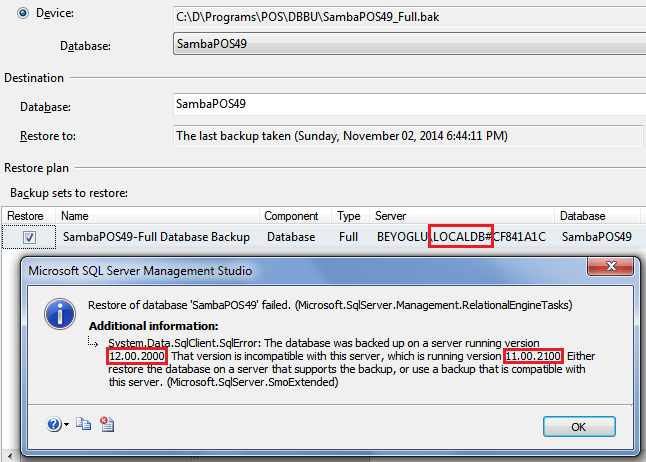 I have the same problem here… Cannot restore the file (SQL Server 2012).