Ok, so I searched the forum but could not find solution to this, So my question is, I have a rule as per below and I want to put Automation Command Name constraint, simply put that if Automation command name == Redeem than do not fire this rule. Is this even possible because I tried ‘{AUTOMATION COMMAND NAME}’ == ‘Redeem’ and few others but none of them work. 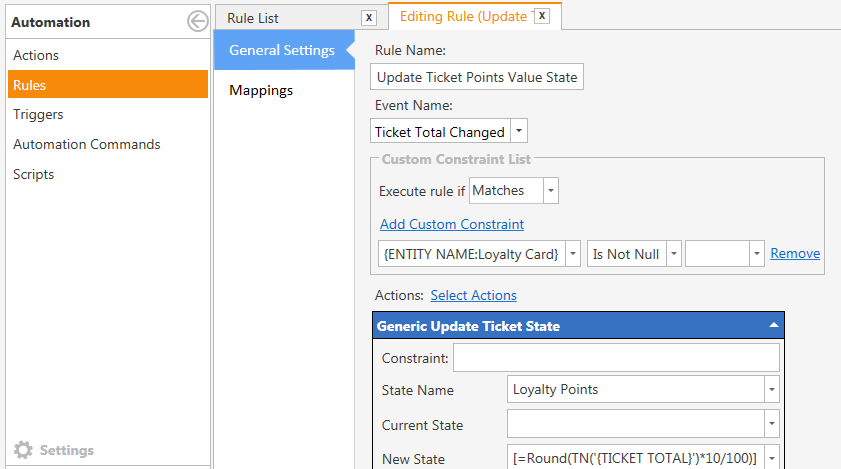 This rule is from Loyalty Program and as per my flow current ticket points are added automatically after ticket close so the customer can use it on the next ticket that is when they place a order the next time. But the problem is when apply loyalty discount button is executed, loyalty discount is applied and the ticket total becomes zero so no points are added for next time. The unclaimed points become zero

If the total is 0 why would they get points?

Let me try to explain in in detail. The customer orders food then pays its with cash but he also gives his loyalty card so that points of that particular order can be added to his card, and like that every time he orders points are added to his card. But one day the customer orders and with his loyalty card he wants to apply his loyalty discount. So discount applied for full ticket but since Unclaimed points rule works on ticket total changed the Unclaimed points of that last order become zero. So when this ticket is closed, the points of the ticket are lost.

Your saying you want to give points on a ticket which wasn’t paid with actual money? Every setup like this I have seen would only give you reward/points on actual paid value.

Sorry could not explain it better, but maybe I can clear things up with the screens:
A loyalty customer has placed a order and the Unclaimed points are to be added to the card after Ticket Closing, So customer has 27 Points. 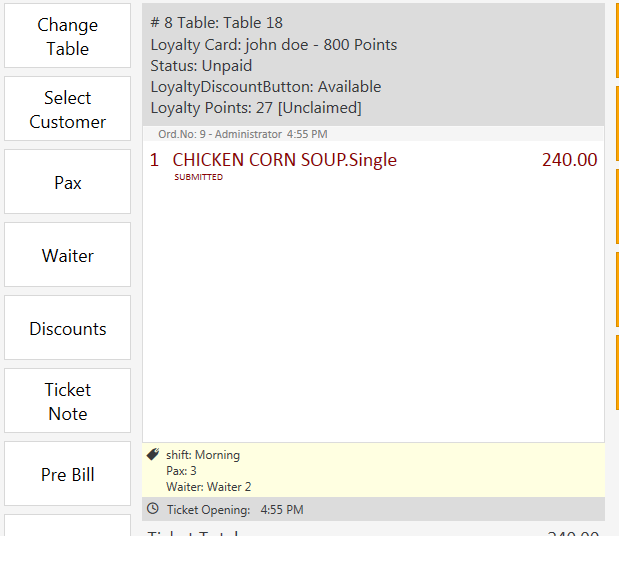 But the customer decides to apply loyalty discount as well: 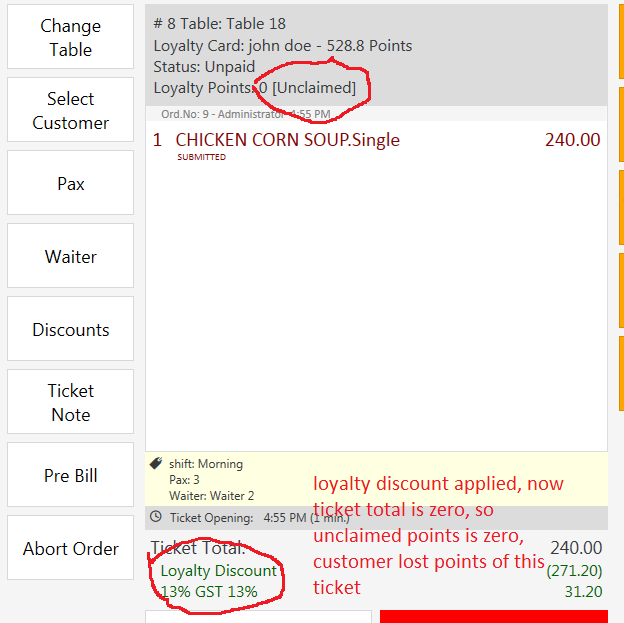 So the 27 points that are to be added to his loyalty card on ticket closing do not get added because Ticket Total or remaining total is zero, since ticket total changed amount is zero. So no more points.

That is by design, most wouldn’t give reard/points for purchases made using the promotion.
Let me put that another way.
If you had offer of 2 for 1. Would you give points for value of two products or just the value of one that was paid?

Oh no no I did not mean it that way, by design the workings are perfect. I am just trying to modify the flow according to my needs. Your loyalty program is working perfectly on v4 as well. I am just making some modifications to suit my needs.

It’s crazy to award points if paying with points. Your losing more sales. The whole point is to award people for loyally paying with their money not yours.

The points added in card are 10% of ticket amount, not the whole ticket and its normal here.A percentage of ticket is given to the customer so they can use that discount when they want to.