I’m having a problem after selecting order tags. I wanted to settle directly to payment screen after tap the settle button once, without having to close the order tags selection screen. I’m doing this to make the transaction quicker. Video showing below is the problem:

Any solution to this problem?

You must close order tags screen first. You could automate close ticket after order tagged event but that would make adding multiple tags dificult.

V5 has this feature built in. Not sure when it was added, but I noticed the improved behavior a few minor versions ago.

Actually, I wonder if it has been there all along. Do you have this setting in V4 ? I never understood what it was for, but the name “Clear Selection” seems to make sense … 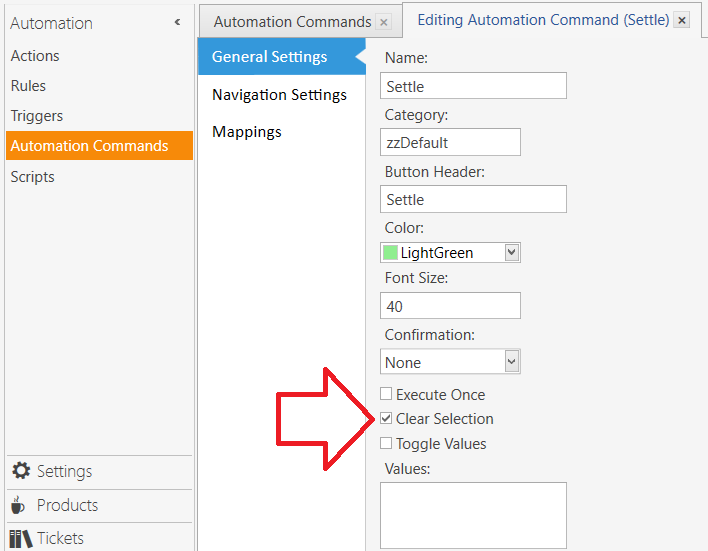 That was in v4 but I dont remember specifically ever using it lol.

but the name “Clear Selection” seems to make sense …

@QMcKay Great! I never figured out the function of “Clear Selection” in Automation Command (Settle). But now I’m facing another problem, by the time I tap “Settle” my customer display and the payment screen is showing different amount; this happen after selecting order tags. This problem is only resolved if I tap close before tap settle, but I don’t want to do that. Another problem is 0 price order tags won’t be showing in customer display. Video of the problem below:

You need to update your display after Order Tagged event.

How do I do that exactly? Any tutorial references? Or is it better to create a new topic?

Within the Rule for the Settle button, place an action in there to fire the Print Job that is responsible for updating the display.