Hey guys am glad i discovered samba pos, so far i have been able to solve various issues as per our operations.

Now i want to try and implement this part and my head is tired of generating new ideas, 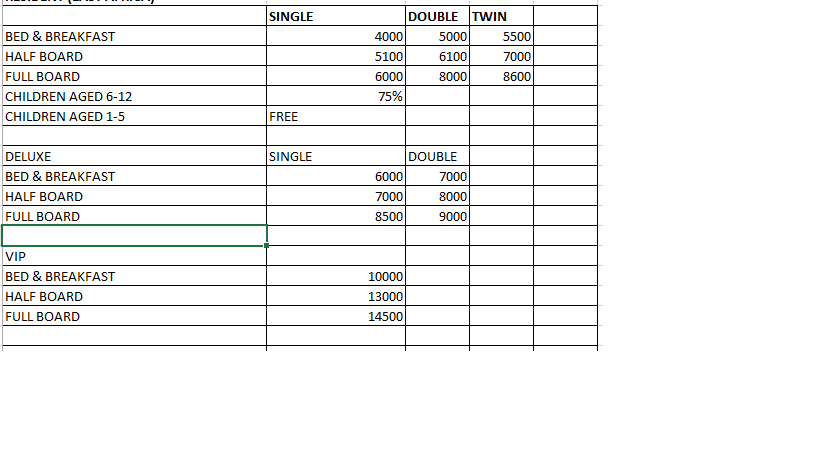 I expect there is many options but he first method which comes to mind when I see double, single and children would be product tags with prices.
Prices could be hidden so that you only see total tarrif.
Book system I used had to be priced on per head basis for online booking ie
£90 room was £45 per head, single occupancy was a supplement of £20 (£75) and children were £10 each extra.
Room types were then also felt with in form of supplement, ie £10 more for dulux room.

Also given that you have B&B half board and full board I would say not to forget your allocations to kitchen for breakfast and dinner etc so that they get dry sales towards their GP%
Not so sure how best to do this as never tried to configure recipes etc but is an important factor to remember not to forget to allocate some sales in one way or another to the kitchen.
Else I would expect to have a angry chef when he falls sort on his GP targets because he is missing out on sales that might be all going in to accommodation.

@Wisefix your question is not so clear but as an addition to @JTRTech’s custom product tag suggestion we also have portions & price lists for defining some complex pricing schemes.

@emre What would be the best way to separate the allocation for wet/dry/accommodation in a situation like this.
The hotel I work/worked at the system had it built in to allocate say £8per head to breakfast £25 a head to dinner and the remainder to accommodation.
The remainder comes from flexible pricing and discounts - which would add another minefield to consider when setting up if a ‘last minute rate’ has been given.
My first thought would be some sort of recipe but not looks at the application of this type of thing in samba,
My understanding is that the closest is based on inventory rather that sales which makes sense.
Would a calculation be required?
Or could you allocate a product to go with a tag in a way that you would maybe have an open priced accommodation product, in selecting tags for board different amount of food could be added?!? Then with the hide tag price it would incorporate in to the tarrif/accommodation order line?
Could get complex very quickly.

@emre thanks boss let me work on it tonight then get a clear focus on the whole concept. for now i am setting up the server to host the db

Yes Samuel i have which esd are you using

get in touch with me sending you my number check your inbox.

Hi Wisefix,
I have an Emf ESD.Am trying to integrate it with Samba and bringing Issues.
My Setup:

Prints the bill but signs the next page.

This setup signs but the letters are too Large.
Could you be knowing the recommended setting ?

I have an Emf ESD.Am trying to integrate it with Samba

Care to elaborate? what is a Emf ESD? a printer?

From sounds of it this belongs on a different/new topic.

Hi JTRTech,
emf is the brand/make of the Electronic Signature Device that am trying to install.It should basically insert a signature Revenue/Tax signature at the bottom of the printed bill.

Hmmmm, is an interesting idea.
How does it output? Image file on computer?

It’s probably a pen and a surface to capture signature as an image. is the image temp? Does it store it? We need more information.

@JTRTech @Kendash,I dont know how to explain it to you but am sure you have ever come across it.See Image and this Link here https://www.google.com/url?sa=t&rct=j&q=&esrc=s&source=web&cd=1&cad=rja&uact=8&ved=0CB0QFjAAahUKEwjynbTByafHAhVrF9sKHQ_sC1o&url=http%3A%2F%2Fwww.synthex.com%2FData%2FSites%2F1%2FUploads%2FSynthex%20e-Signer-SY78802%205%2047.pdf&ei=y1jNVbKMNuuu7AaP2K_QBQ&usg=AFQjCNFx8UpfhvruQev7xlaDKIgM6zqVRA&sig2=8-BWx7gIN_GhlLUUXto10A 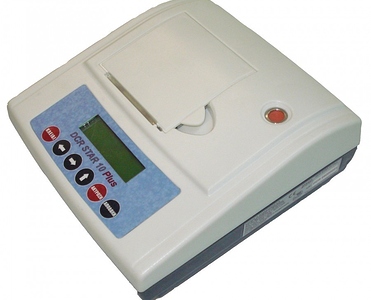 Ok so I am more confused now. I have no clue what that is.

Thats an esd machine for the fiscal law. Micrelec to be precise, how can i help you @samuelwanjiru my number is active i have it working with samba pos perfectly