I have two departments one using entity select for ticket creation and the other ticket creation method. I’ve created a automation command on the nav to link them to an entity screen for their reports/shifts. When this is clicked by someone in the ticket creation department “the bar”, a little back arrow shows up. 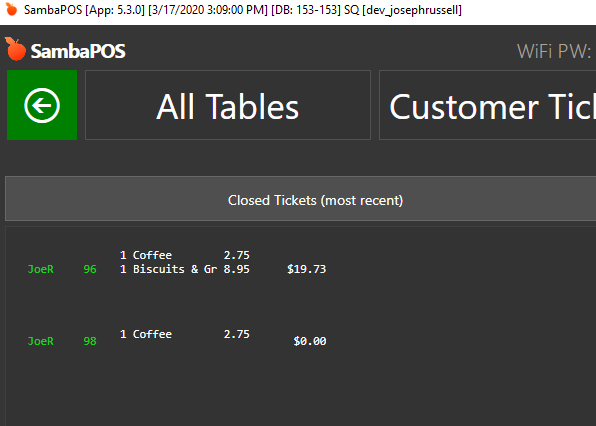 When this is clicked it throws an error and closes the program. I really don’t need this button, but I can’t find anything on it. It seems like I’m generally having issues with mixing ticket creation methods when it comes to navigation and entity screens.

That is what you get when you have an Entity type assigned to a ticket type. It’s the back to ticket button

Your trying to force ticket creation against the way it is setup. It’s causing issues with Entity types linked to ticket types.

Both departments use the same ticket type. It’s just the ticket creation method is different. I was going to play with it more but I though it would be common for multiple departments with same ticket type and wanting to link to an entity screen for providing information.

The screen solely display reports and a ticket lister. I think I can just create a separate entity screen and hide header on the nav action . I know that works fine.

Is it ticket types or departments that cause these navigation complications? I’ve been messing around with it all night and the issues only arise when a user switches between departments.

Its almost like the rules and navigation aren’t aware of the user’s current department. I created separate rules/actions and entity screens for these departments hiding the header and restricting access to other screens. When I switch back and fourth it seems like actions restricted from that department are firing.

@Jesse do you think getting rid of my “takeout” ticket type will solve this. I can easily filter the ticket lister by ticket tags. I originally did the extra ticket type based on the delivery tutorial. I just started using ticket tags when the customer creation problem was occurring.