Back Button for multiple tickets

Is there a way to have a back button for when you have multiple tickets on a table. I’ll explain. If I have a table that I’ve added an order to. Then I want to add another ticket to the table I have to click close… Then it sends me back to the entity screen and I have to select the table again and click add ticket. Is there a way instead to create a ticket… Then send the ticket to the kitchen without closing it… Then click add ticket… And if need be after you send the next order to the kitchen have a back button to go back to the table screen and select the other ticket?.. It would also be nice that when you go to settle a ticket on a table with multiple tickets for it to keep going back to the table screen till all tickets are paid instead of going back to the enitiy screen.

The ticket has to close for it to work. Ticket is not really created until its closed. In theory it should be possible to automate it. I’m not able to look right now but I think we have access to what we need to automate a close ticket load ticket and create new ticket.

Actually @kendash i was able to change the mapping to add ticket button and that allows me to add a ticket to the entity. Which is part of what i want, it even sends the order to the kitchen. The next thing i would like to be able to do is go back to the entity screen for that specific customer to table instead of back to the screen that lists all the tables. That way if someone needs to add something to another ticket on the table they can while they are still in there. Its more of a convenience than anything to be able to click a button to go back to the table if they have multiple tickets instead of closing the ticket and going all the way back to the entity screen.

So I’ve tried and tried to get this to work… I think I’m close but I just can’t get it to work… I could totally have it wrong tho… I will post images in here tomorrow hopefully someone can point me in the right direction. 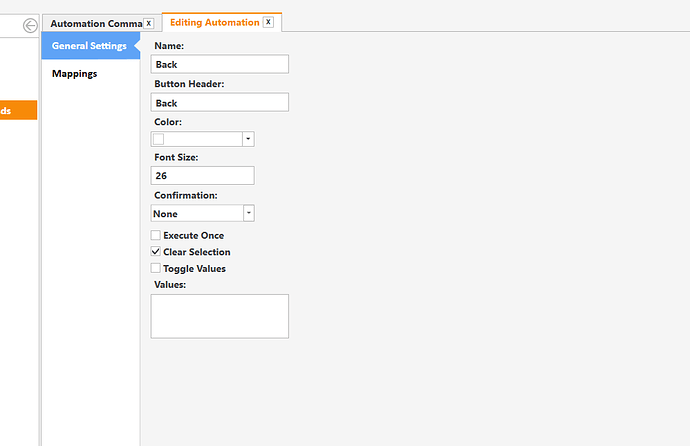 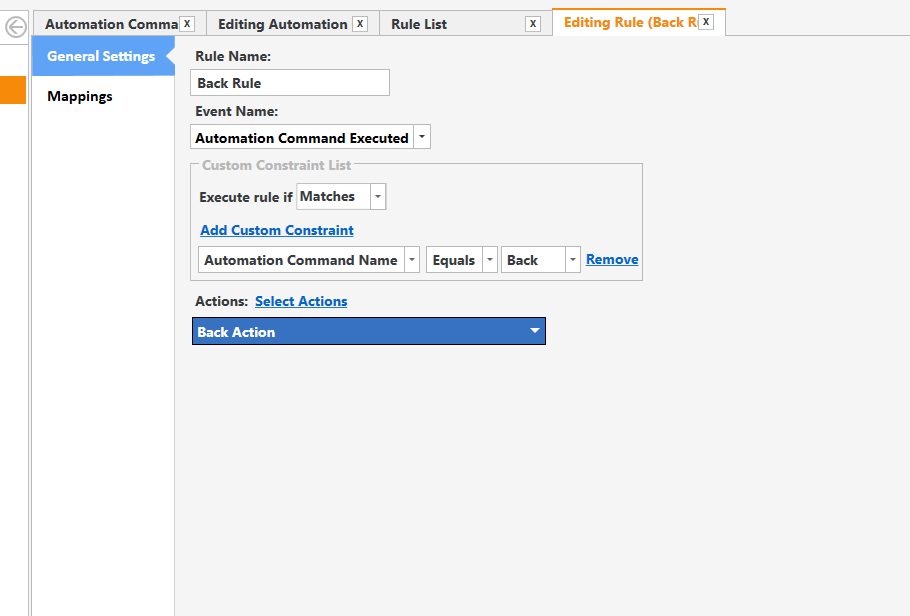 This is what I got so far… I know its wrong but I’m not sure what to do.

What are the different ways to use the Load Entity action?.. i want to create a back button so when i have mutltiple tickets for one entity i can click it and it brings me back to the currently selected entity instead of the customer or tables entity screen?

and i have no idea… what action i need to set so that when i choose the automation command button it will load the current entity… im lost… please help… iv searched and searched and cannot find anything to go off of.

it brings me back to the currently selected entity instead of the customer or tables entity screen?

Do you mean the Entity Grid screen? I am not sure what you mean by the currently selected Entity. If that Entity has multiple tickets which screen are you wanting to see? Can you show a screenshot?

Here is an example of Load Entity being used. 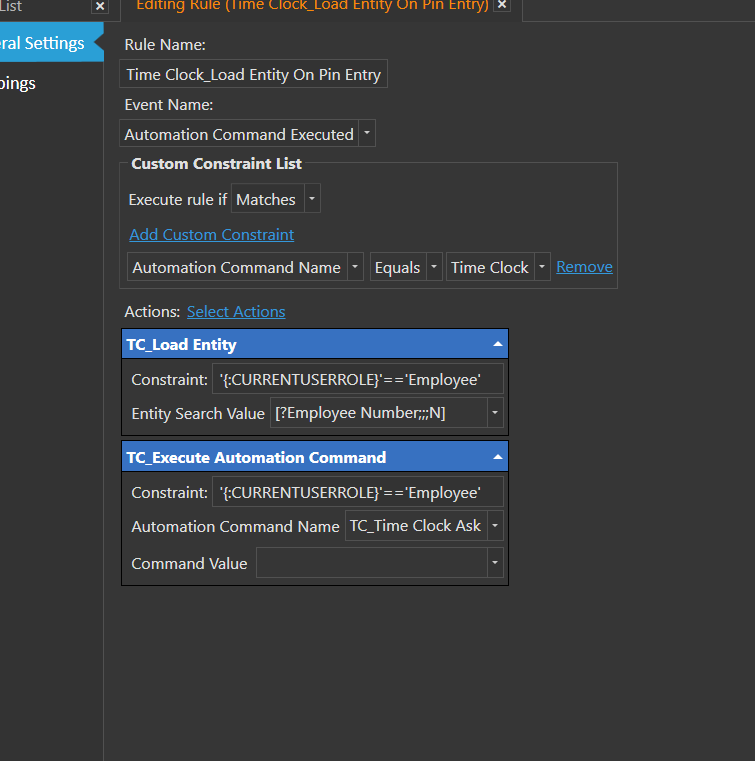 First action loads the entity by using Employee number as the search value and then the second action executes a command for that Entity which was just loaded.

Here is what i have for my action…

Then for my rule… i have this… 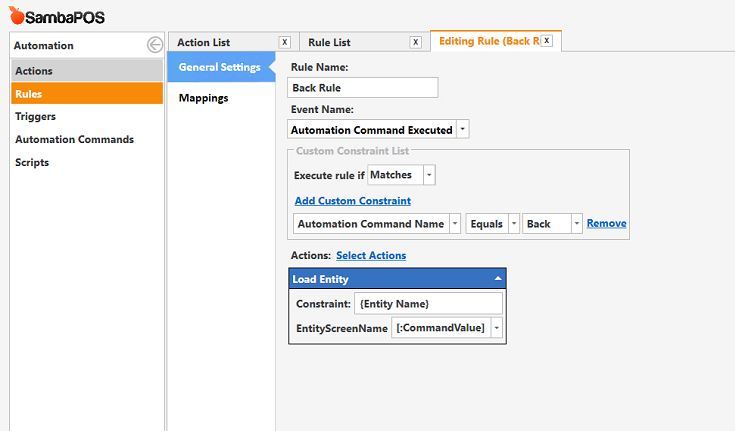 I think im close… i just have the wrong commands or something.

Do i need to have the close ticket rule then have it load last entity instead?

Load entity by itself will not do anything. Load entity does not bring an entity up nor does it change screens. It simply loads an entity into memory so you can call it with other actions. Its designed to be used outside tickets where entity is not available.

Is it possible then to bring an entity up from within a ticket?

Yes without load entity. You simply use the ticket id and can call the entity from that id with {ENTITY NAME}

So I would set a action to Load Ticket and for the ticket id field i put {Entity Name}… then add that to my automation command rule… would i need to add something to the constraint field?

No. I think I’m confused what your trying to do. What do you nean by back button. Back to what. Show some screenshots of screen you want to go back too. And the screen you are in before you press back button.