On 5.2.14, I am using a background colour to highlighted the select menu category / sub category: 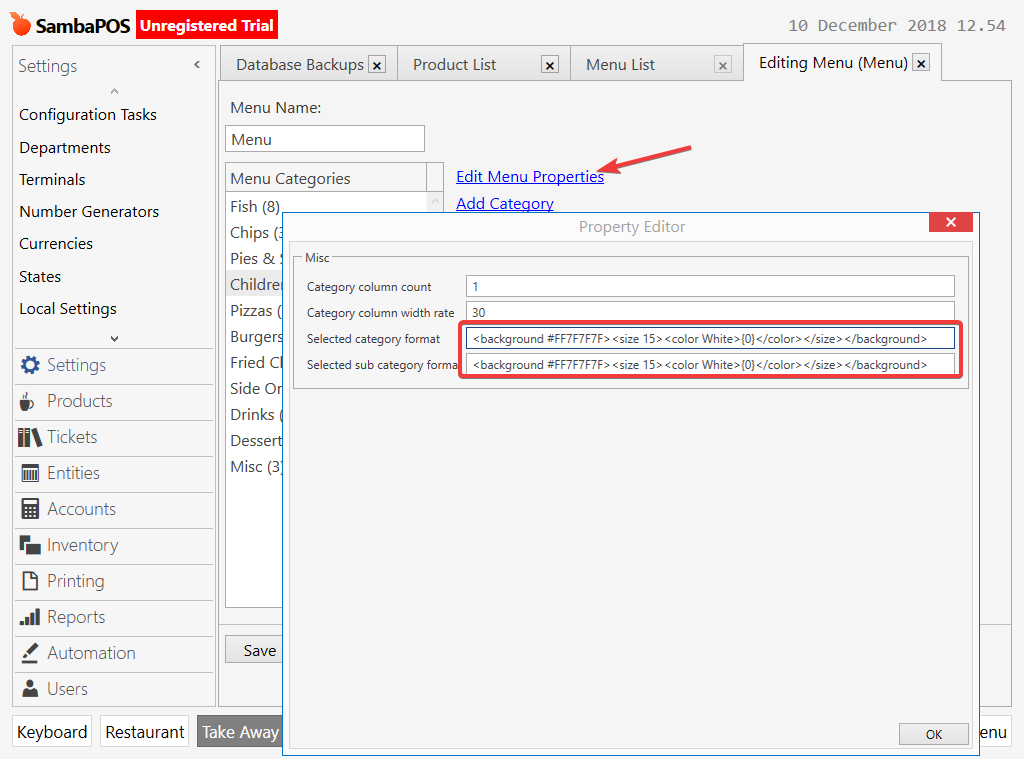 When I click the categories, it works but doesn’t “reset” when I click a new one, they remain as the selected background colour.

I am pretty sure this is new and also doesn’t always happen. In some cases it works fine and I can’t get to the bottom of what causes it. I thought it was related to whether or not the Button Height is 0 or a fixed size but tried both and doesn’t make a difference. But some setups it works fine, others it doesn’t! Here is another setup on the same computer, and it works fine with <background>.

I thought it was due to the category set as 1 column, but if I set the category buttons to 2 columns, still the same problem:

Also, if I use <panel> instead of <background> it works fine, but <panel> doesn’t give as nice an effect, so want to use <background>.

(but <panel> doesn’t work well if Button Height is 0, it adds lots more padding to the buttons so have to explicitly set the Button Height on the categories). This is <panel> set with Button Height = 0 (you can see the same with <background> in the first GIF above): 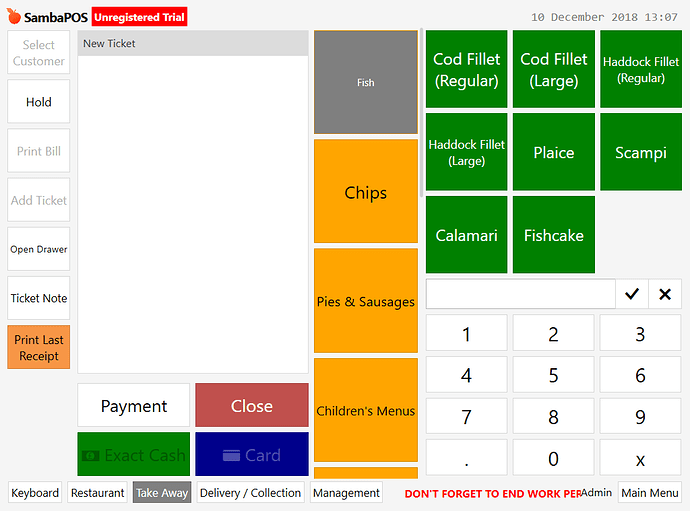 It does work but your using wrong method. I’ll show you.

This is what I have been doing in the past and works, I gave example above. But it doesn’t look as nice as <background> as has a small border of the original button colour.

Also, if I use <panel> instead of <background> it works fine, but <panel> doesn’t give as nice an effect, so want to use <background> .

What is annoying is <background> works sometimes and doesn’t others, and I can’t work out what is causing this.

I apologize I did not read all of your thread when I responded. I can not really comment on this as I have only ever used panel tag.

I notice the text color changes back from white… weird.

I first tried <background> when Emre suggested it as it is better performance wise, uses less processing to render compared to panel. And it looks better.

But like I say, if you see my examples, sometimes it works perfectly, other times it doesn’t and I can’t point a finger to what is causing it, can only guess it is a bug.

@VehbiEmiroglu can you look at this? Were there any changes recently that might affect this?

Ok I’m controlling which update cause this. I will give information about this.

I’m using it, if you want to use it

Yeah I know about <panel>, I gave example above already. <panel> looks good in your setup, however in mine, if I use <panel> I get a small border of the original button background around the edge, this for some reason does not appear in yours.

Also, if I use <panel> instead of <background> it works fine, but <panel> doesn’t give as nice an effect, so want to use <background> .

I have no idea, but you can try choosing another colors …

Do you have scaling on mark?

would you like to write the article big
it will probably solve your problem.

He said and showed that panel doesn’t look great for his system.

Maybe I fixed it at some point but background tag appears to work fine for me atm.

For me it would sometimes work perfectly and other times not, I couldn’t work out what was causing it to not work. I’ll test again with 5.2.18 soon and I’ll update you.

@emre Still happens in 5.2.18. Here is a weird one - some buttons work normally, others the background remains.

Using this for the select menu category / sub category:

Only difference I can see with RUM and Wine is they use a named colour whereas the other categories use a hex colour.

This is the same for Breakfast, Starters & Light Bites, Side Orders.

Interestingly, in SambaPOS, for Drinks menu there are 3 other categories with named colours (Whisky = Purple, Alco Pops = DarkBlue, Bar Snacks = Green) but these show as hex colours in SQL: 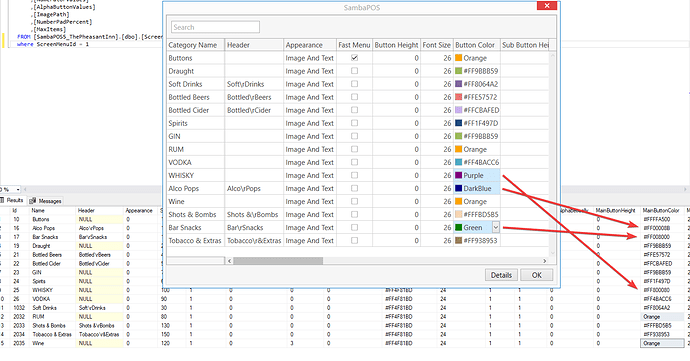 If I change those using Orange to use #FFF79646 instead, it works perfectly. This is without changing the other named colours too. Only thing I can think that is special about Orange is it’s the default category colour?

Edit: Yes you’re right that is probably an issue related with named colors. I’ll check that.