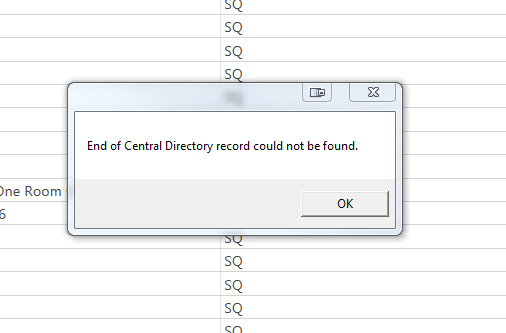 Sounds like thats a zip file error. Try doing it without the zip file.

That means the tool its using to unzip the file cant find the end of that file. Its a corrupt zip file probably.

You probably wont be able to recover that. I have ran into that issue in the past with zip files. Almost always I lost everything in that file.

Might just be failed transfer, transfering again and taking longer than before…

Yep, must have been a transfer issue, second copy transferred worked