Buying 4PC's are they powerful enough?

I have in my basket 4 of these. Would they be fast enough to have 3 tills and one office system? would the office system be able to cope with the database for all of these tills?

Look at the USFF 780.
I use them all the time, very compact, Core 2 Duo 3Ghz, 4GB RAM got a system with 5 terminals using one as the server.

Here is one of my systems with them; 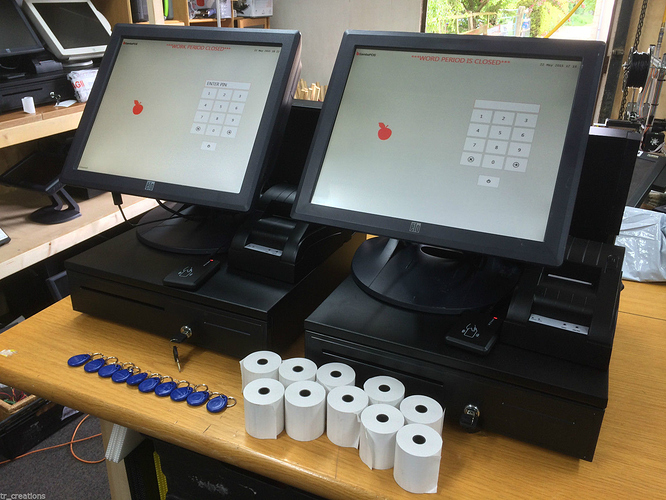 Depends on the space you have, they are little more that the SFF but the USFF are very compact.

But did originally start using the machines you linked to but last 50 odd ive done have used the USFF as work better in confined spaces, same specs - only downside is no PCI/PCIe if you need more than one COM port.

Personally I prefer all in one touchscreen pc’s.

No need to store a tower, and they are usually very powerful. 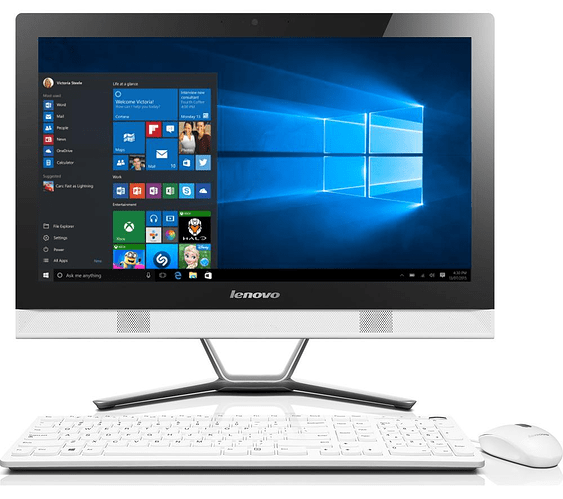 limited budget. I’ve bought the first one now. 4 till systems for just under £1k

Seperates is the only way you’ll hit that budget and have something any good.

probably use the monitors for adverts

oh wit, mine are 17 lol… you were talking to isaac

This works great for us as a terminal! Quad core 2 gigs of RAM and ssd and gigabit nic… RAM and ssd are upgradeable as well. Good small form factor too.

Have seen these but was hesitent to give a go, have you got these in use in production system?
They look tidy, gutted the only have two USB, my setups usually have 3 USB (Screen, Printer & RFID Reader) Grr. lol

They work great and they actually have 4 USB ports two on the back and two on the side.

They look like nice little machines, though it is too bad you cannot order them with upgraded RAM and SSD from the site itself. The price is good though for 32GB SSD, 2GB RAM, KB, mouse, and Win10 OS.

Already the Dell is a better deal since it includes the OS, KB, mouse for total USD250. I think 2GB RAM is shy - you really should have 4MB minimum and it is too bad Dell won’t let you configure that before buying. I see there is also an offer for 22 inch Touch Monitor for ~240 right now (110 off) which is a great buy.

I upgrade my ZBOXes with 250GB SSD and another 4GB to total 8GB, but that might be overkill.

(Personal Opinion)- Any of those machines are fine, though I prefer to have at least a 64GB SSD with a minimum of 2GB RAM(4gb preferable) on any machine, and depending on setup, some com ports are also nice to have (Though not necessary consider today’s age of USB everything haha) .

Currently the machine I have all come with the intel 1037u CPU which is more than enough to run Samba and SQL and anything you really want to do with it. And the cost is cheap to setup also.

Though I’m considering upgrading them soon to either i3’s or possibly intel CherryTrail CPU’s which upgraded RAM for better performance of multitasking.

But generally when using it specific for POS, then the 1037u, 64gb ssd and 2gb ram is essentially enough to run Samba fast enough without lag issues and memory overload on the systems on long period of use.