Might be similar to other other topic about requesting a disappear timer for show message action.
For caller id, is there anyway to make the pop up message disappear after a few seconds?
If I miss the phone call, or I’m taking another order in person whilst the phone rings. The message doesn’t go and actually blocks the order tag section for me.

I know this post won’t contribute to anything, but I, also, have the same frustration.

Right now we do not have the ability to do this. Will we get it in the future possibly but probably not anytime soon.

Its really not a good idea to broadcast callerID. You should designate a machine to handle calls.

is there anyway to make the pop up message disappear after a few seconds?

Are you sure you are using Display Popup Action and not Show Message Action?

EDIT: in any case, yes I agree, it would be nice to have a “Dismiss/Close after x Seconds” option added to the Show Message Action.

Another Action that could use a similar option is the Ask Question Action, to have it automatically pick one of the answer buttons after x seconds elapsed, where we can set the “default choice”.

Following this discussion, can anyone aid in setting up the broadcast rule to send the caller id display pop up to the other terminal? Tried following a previous guide by pizza but found it quite difficult and didn’t really understand the process.

I assume we need a broadcast message action, display pop action, receive message action? Do I need a set widget value action like in the guide?

What I learned from the Tutorial is that the Action for Broadcast Message contains a parameter named Command, which is a bit deceiving. It has nothing to do with Automation Command Names or Command Values. In fact it is simply a parameter that holds an arbitrary value… 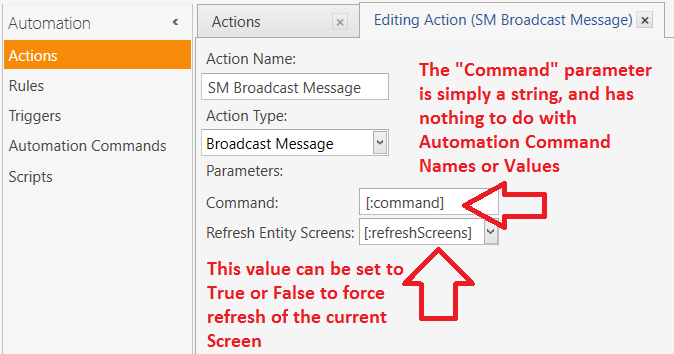 The same goies for the Rule for Event Message Received … the [:Command] is just a variable containing an arbitrary string value. What you do with the Message after it is received is entirely up to you. You can display the Message (Command) or feed it into another Action as a parameter … 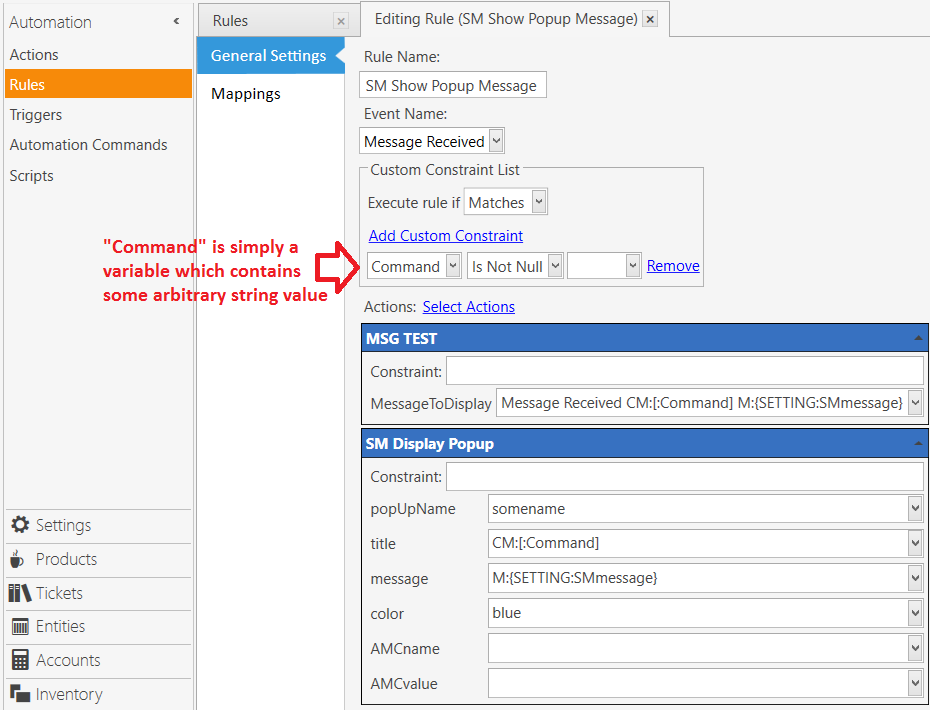 NOTE: a Terminal will not receive it’s own messages… that is, you can’t Broadcast a message to yourself and expect to receive it and display it on the same Terminal, or take any other actions… i.e. if you send from the Server, only other Terminals will get the message - the Server will not receive it.