Cancel ticket and erase all sales

Dear guys, I am new to SambaPos, I wish I would have dicovered it before… So I am in the tedious task of migrating all my work to this new software.
Two questions:
1- It happens sometimes that a client decides to cancel items of a ticket or sometimes to cancel a whole ticket. Is there any way to do that (after it has been submitted)?
2- I am in a testing and configuring period, and wich to start fresh of testing sales next week. Is ther any way to erase all sales and sales realted info from the database?

THANKS!!! thank you very much!!

OK, I managed to cancel items, but what about canceling a whole ticket, so if disappears, i have some scenarios where people do sit, order and after a few minutes they decide to cancel order and leave… is there any way to ERASE whole ticket?

Select all orders and click void. That closes ticket without the need of receiving a payment.

PS: In SambaPOS there is no way to completely erase a submitted ticket as if not created. If a customer gives an order and cancel it, that case should be reported.

OK, Thanks!! but selecting all orders inside a ticket leaves the ticket open, I would like to know if there is an option to close the ticket (canceling it) without receivieng money. That that ticket should be saved, I agree… but table should be available again… Is that possible? 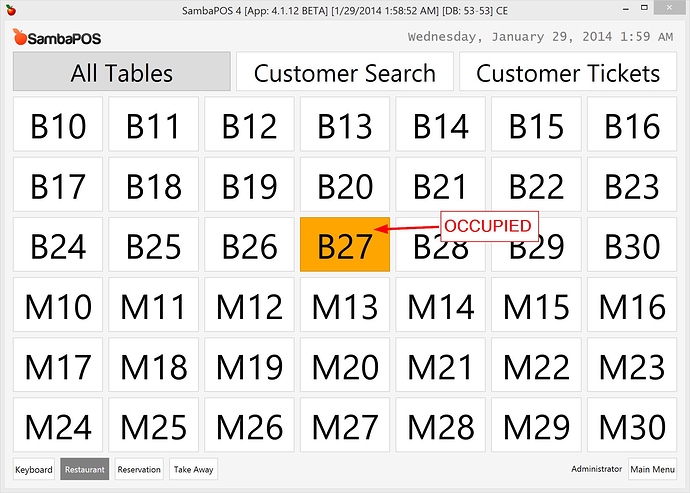 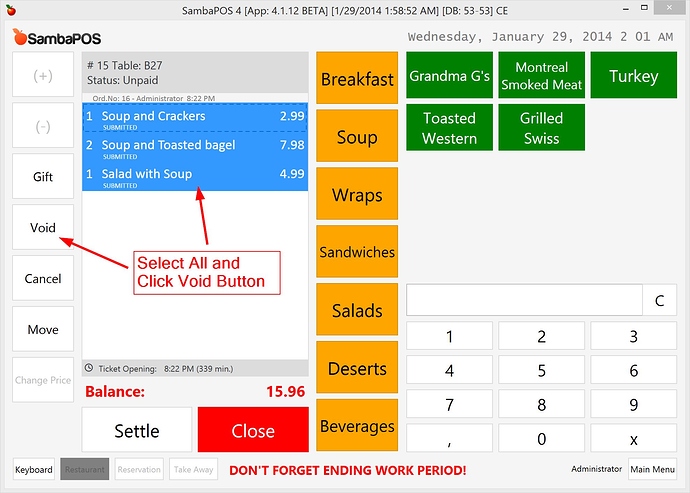 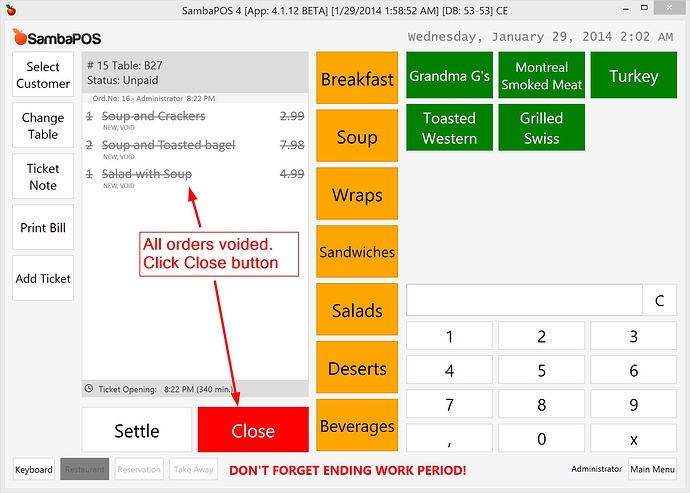 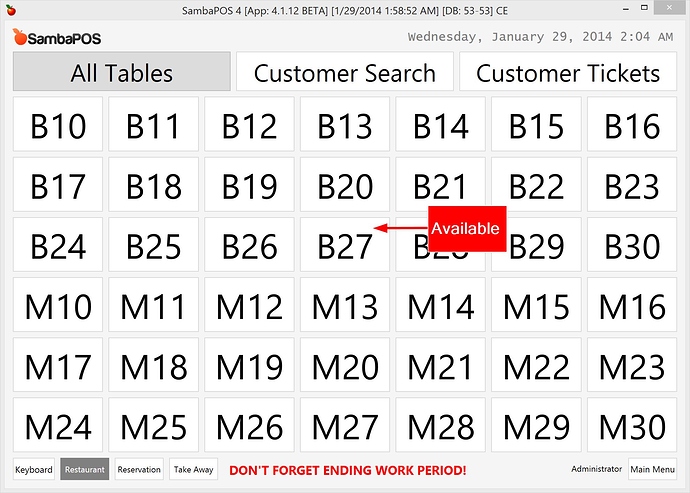 THANKS A LOT!! I must have done something wrong, because table did not became available!!! will try now!!!
thanks again!!!

Yes there was an action created for this a few versions ago. It is called Cancel Orders action. You would need to make an automation command button and a rule for Automation Command Executed and then insert the Cancel Orders action. You could use specific State for Enabled so it can only be used BEFORE Submitted. Let me show you in some screenshots… 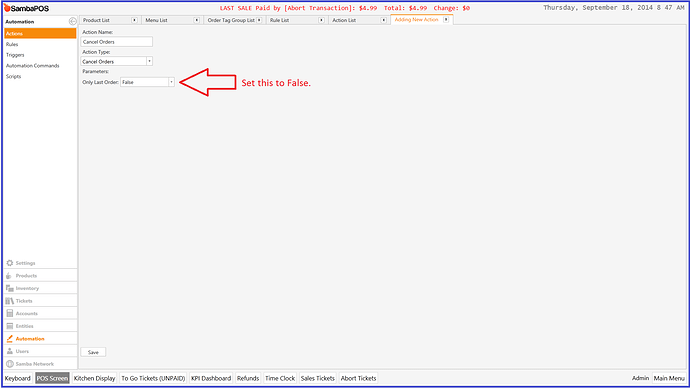 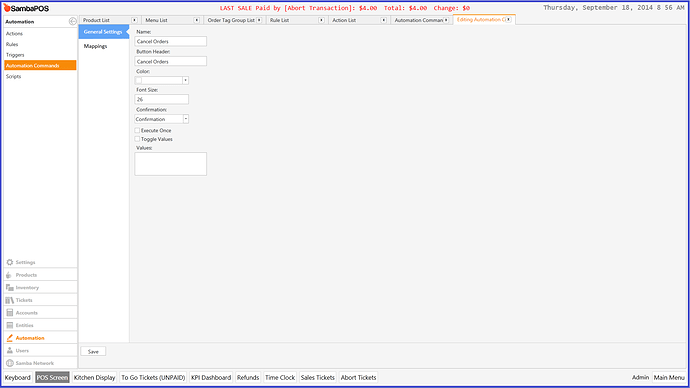 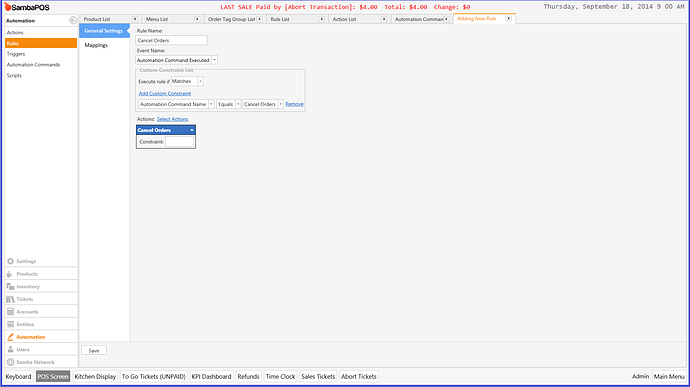 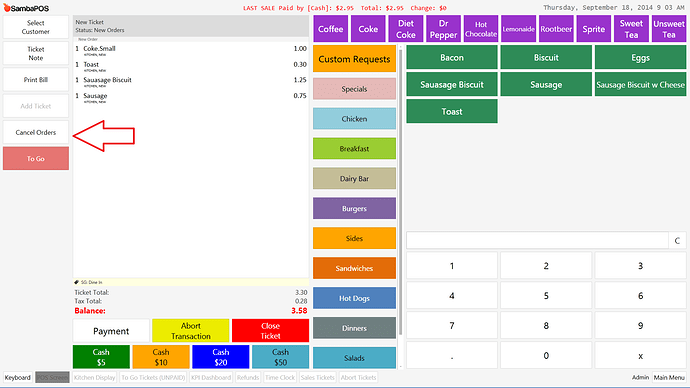 @Jesse is the whole order is to be cancelled ? because i am using this rule to cancel reservation but it doesnot seem to work

i am trying this for cancelling but its not working [image]

I performed the above configuration, all right
but items not disappear
still there.

What could be wrong?

have you selected the items you want to remove first?

entire order will cancel if you have enabled it in the action.