How can i setup a trigger to notify the main cashier when to collect the cash from other terminals.our restaurant cashier dispence cash to the main cashier after they collect a maximum of $1000,this cash should not be kept in the till but should be handled over to the main cashier .
Continuing the discussion from Tracking 2 Till Cash and Shifts:
I want to limit the amount of cash that a particular terminal can collect.When a terminal has collected maximum cash then the main cashier will be notified and will go and pick up the cash

hi all,i found this tutorial and i hope this will sort me out,
Cash limitation

You need to explain better…

Guessing this is another samba terminal?
Broadcast message and setup a rule to receive that message but map opy to the ‘main cashier’ terminal

JTRTech main cashier has his own terminal.That broadcast cast message is what i want so that the main cashier will know when to collect cash.After the cash is collected/lifted then the terminal cashier should fill in a form showing exact amount that has been collected and the time.

Don’t know your setup but whatever rule you use, presumably a payment processed rule with a report calculation to calculate cash in that terminal.
The action would be broadcast message.
Broadcast message goes to all terminals and you need a message received rule to react to the message, which you can then map or constrain that rule so only the main cashier terminal responds to the message received.
Then in that rule you put whatever actions you want to use to alert cashier… Ask question, popup, show message etc

Thankyou for your kind response,i will read through the various tutorials and follow your illustration and i am sure i will have a good response tomorrow 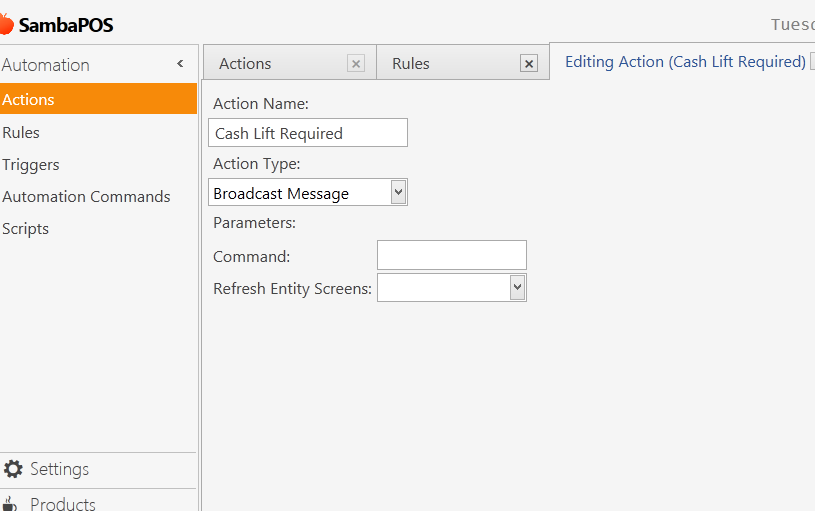 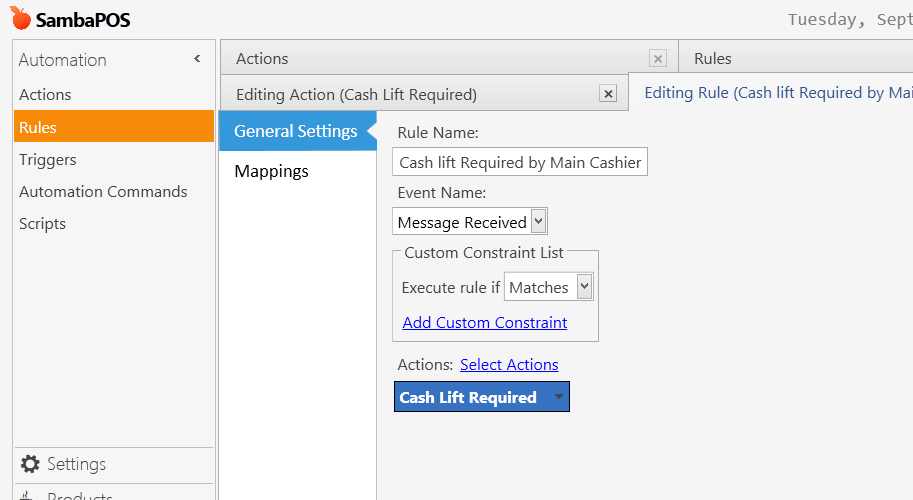 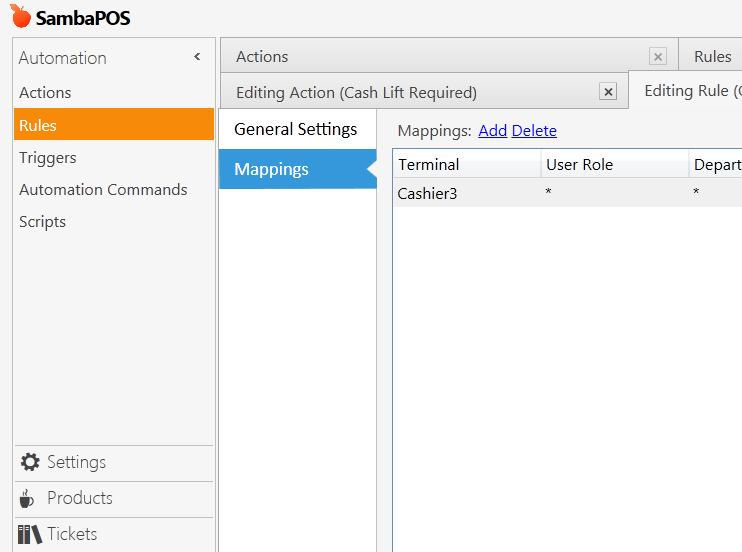 The Broadcast Message Action SENDS a Message. Put a [:variable] in the Command parameter such as [:message] so that you can change/set the message content from the Rule … 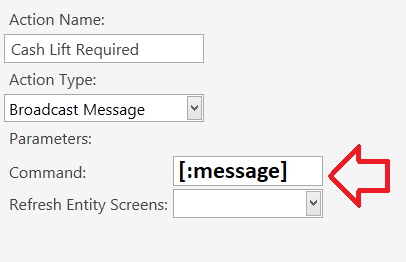 The Rule “listens” for messages that are received, and acts on the message content. So you constrain your Rule to only do things if the “message” contains certain content.

For example, you would fire some Action like the Show Message Action, when the Message Received Rule detects certain content … 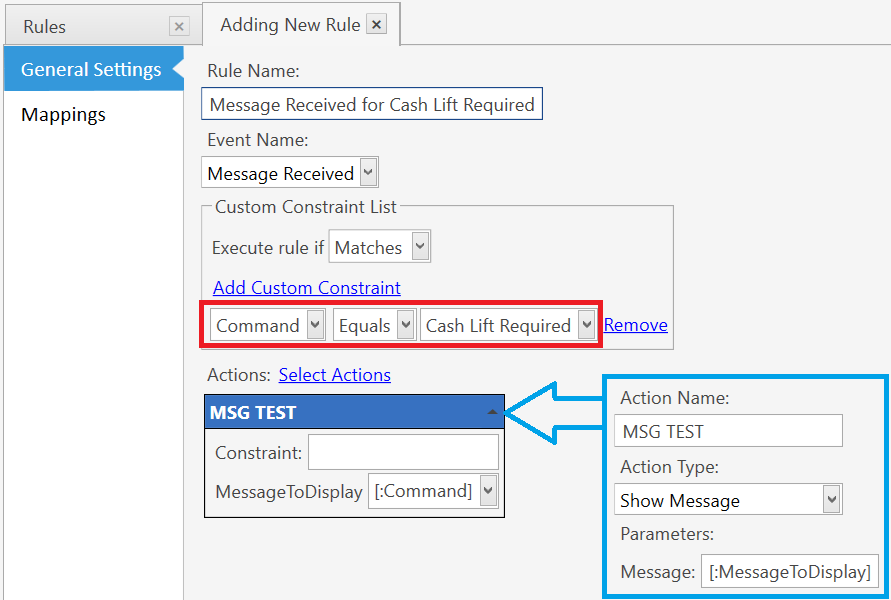 The thing that you need to figure out is WHEN to do the Broadcast Message (ie. when the count of cash in the terminal exceeds a certain amount) … 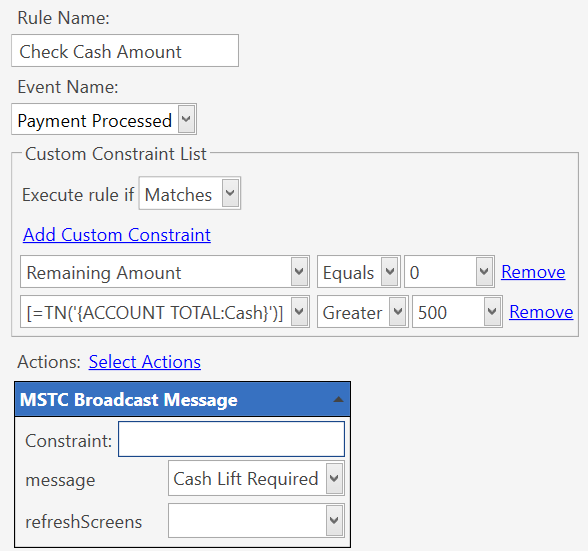