Change Table color when change table into it

Hello ,
I make order to table 106 and order 122 then i change table to 107 but the table color turn to gray but here my tables are white and it seem hard to determine from the waiter if this table is open or other table had been added to it , so i was thinking if there is any way to change the table color after change table into it from gray into any other color so it can be clear and known for the waiters 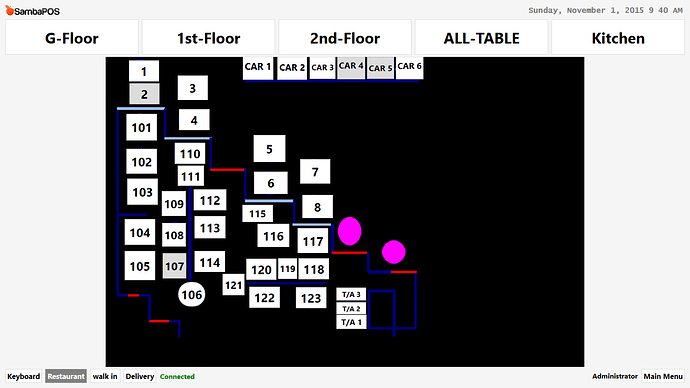 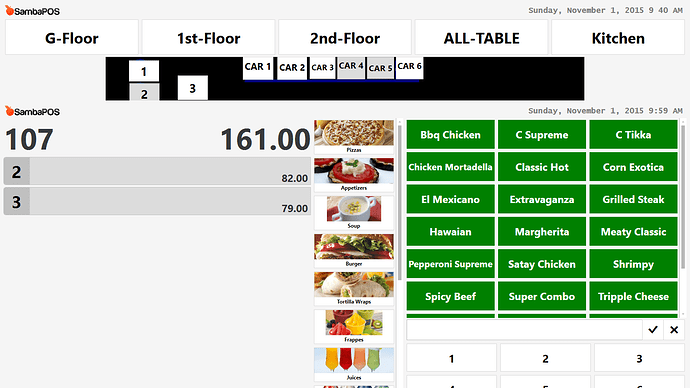 First can you show a screenshot of your entity screen settings page - the tab which has Display State and Filter State.

The colours for the entity grid/buttons are based on entity states so once we know your states can advise.

By default the tables entities screen would be display state of Status and Filter if automatic would be New Orders,Bill Requested 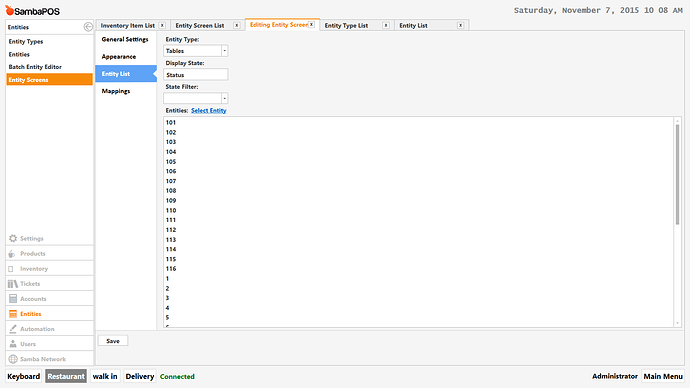 Display state is Status which is right,
Go to Settings --> States

Have you changed any of these?
If not sounds like you have altered the status flow by changing some of the default rules.

i add on them but i didnt change 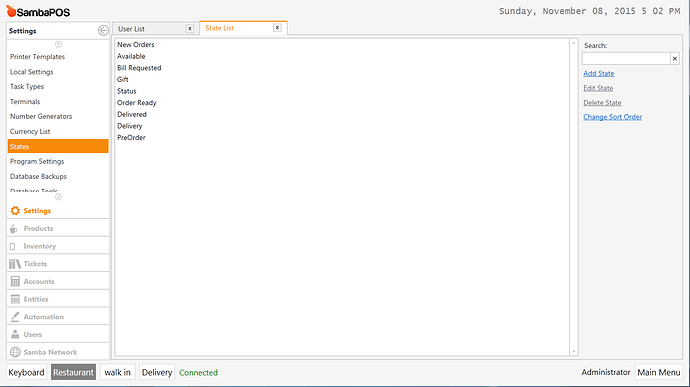 So I would suspect you have interrupted the state flow of the default rules.
Are the new states ‘Status’ group entity states?

Are the new states ‘Status’ group entity states? sorry can you explain this more please

A picture is worth a thousand words…

You can also define States for the Ticket. And by default, SambaPOS also uses a Status State Group for Tickets, containing States such as New and Paid. They are not defined in the State list, but they are altered programmatically via Automation. One of the reasons they are not “defined” is because there is no need (no mechanism) to change the color of a Ticket.

I would hazard a guess you have used the default update status action rather than making new action for a new state type which has interrupted the default status flow. 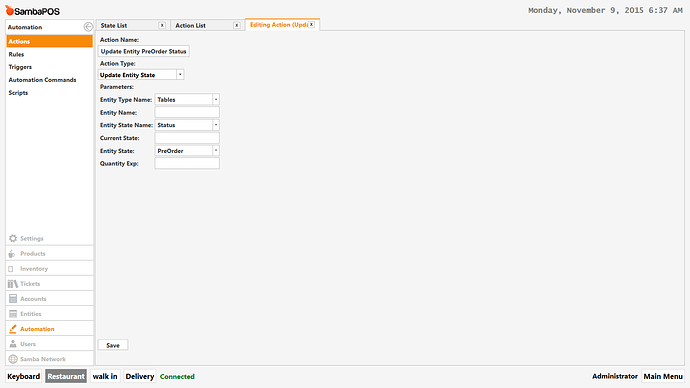 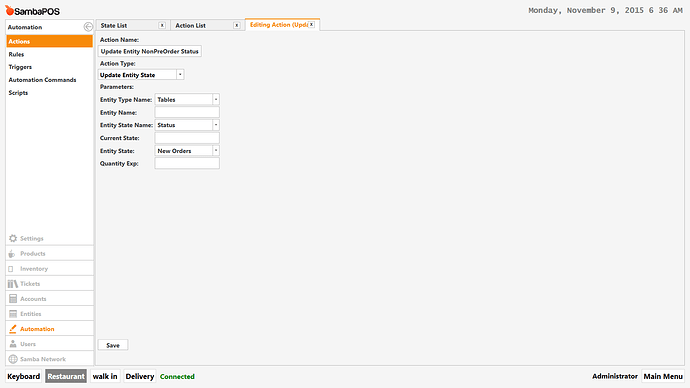 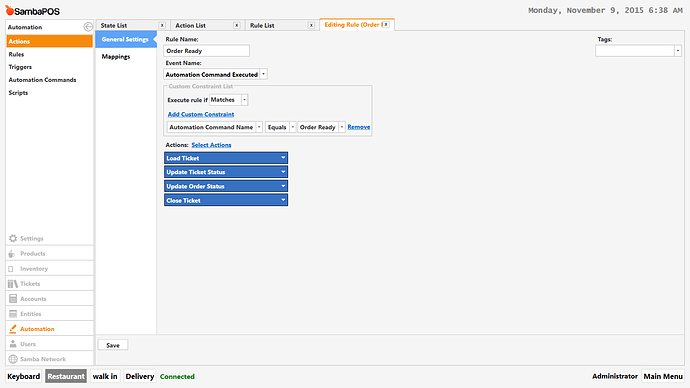 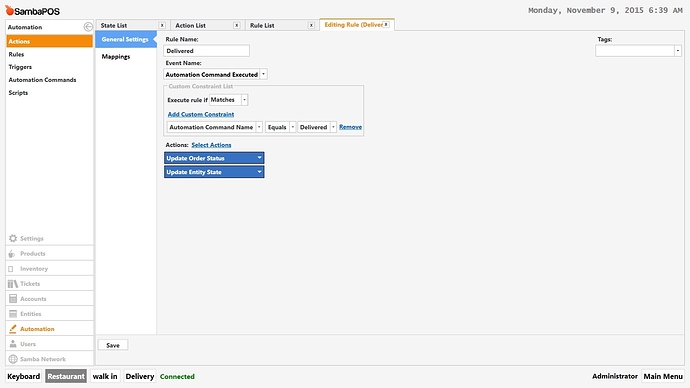 Yes but you need to extend the actions so can see the values have not been changed.

Also neither of those rules include either of your two preorder /nonpreorder actions.