We started using V4 in full swing yesterday, we ended the work period last night, and started a new workperiod this morning, but now yesterday’s balances is still showing on the accounts screen. How do I clear that so it only shows today’s takings?

At the top it shows the dates, just change the date or put “today”

Have changed to question rather than issue.

See image below. it still shows yesterdays balances, how do i clear that?? 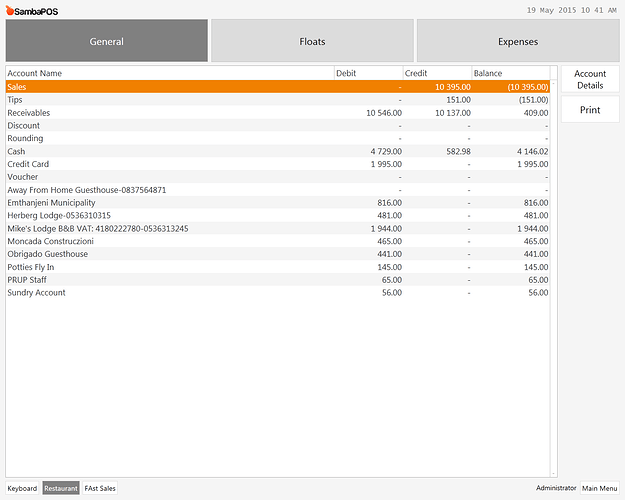 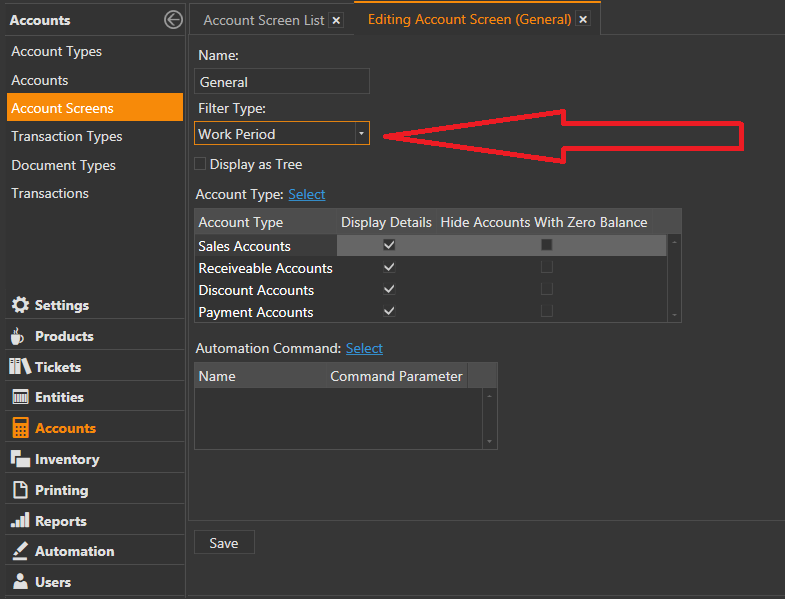 Thanks!! sorry, I’m still new to V4, my programming skills arent that good!
another question, how do i disable the “Lock Ticket” Action and Rule, I have removed the action and removed it from the rules but still it locks and now i cant unlock the ticket.

did you try closing the program and reloading? rules generally need that to work.

Yes, i did, but still it locks the ticket. the only way i can unlock the ticket is by adding a product and then cancel the product i have added.

why do you need it unlocked?

you can print a bill anytime you want you just need to enable the command with correct mapping. Check the mapping of the print bill automation command for enabled make sure its blank.

please elaborate @Jesse? like i said my programming skills arent that good

really has nothing to do with programming. We are not programming anything we are just configuring. IT does take some time to Learn it however. You can just unlock the ticket there is an unlock command as well.

that’s the thing… the unlock button doesnt work… how can i fix this? what is the command lines in the Unlock Ticket Action & Rule

@Upstairs, show a screenshot of a “Locked” Ticket so we can see the status/visibility of the buttons, and the Ticket Status.

Once we know that, we can set the Enabled and Visible States of the Automation Command (buttons) mappings accordingly. 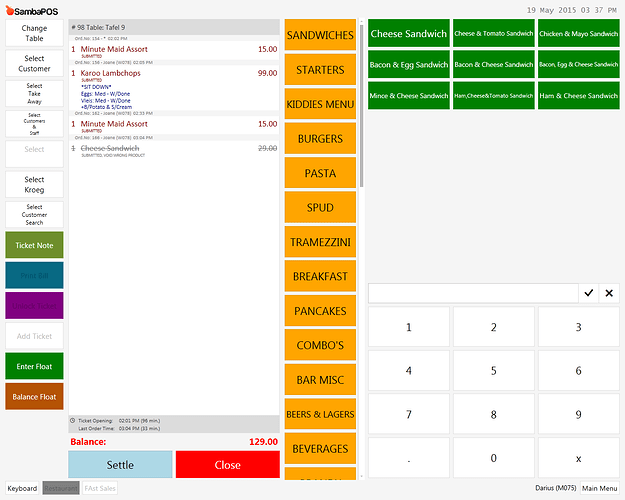 show it as admin so we can see the states.

i have admin rights.

You need to be an actual admin for it to show states. We need to see the ticket state. If there is no state then we have other issues.

Strange that your Ticket has no Status.

In any case, go to Manage > Automation > Automation Commands > Print Bill and set the mapping for the button Enabled States to BLANK.

If there is no state then we have other issues.

I agree. Your Ticket should have a State called Status, which could be Unpaid, Paid, Locked, etc. Without a Status State, you have another issue that you should try to track down.