Clipboard not working in SambaPOS with Windows 10

I noticed in SambaPOS 4 and also with V5 that clipboard doesn’t work within SambaPOS when running on Windows 10.

What were you copying/pasting? Would be surprised if something like that was overlooked as many of the beta team are running win 10.

Clipboard works fine for me. I’ve been on win 10 since last October

That’s a field i just used clipboard to copy from an action inside SambaPOS 5 with windows 10… it works fine. Perhaps your keyboard is physically broken?

Right click may not show copy paste menu but you can use keyboard shortcuts, ctrl-c and ctrl-v.

I see no problem at all… not sure what happens on your system but it all works fine for me even right click. 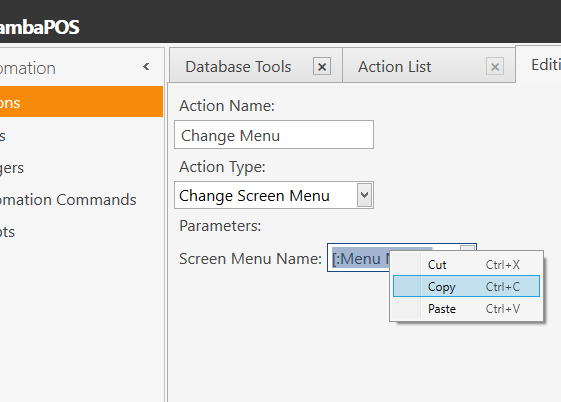 Thanks guys. I’ll give the machine a format and try again

Thanks guys. I’ll give the machine a format and try again

Pretty drastic action to take! How about notepad or other apps, can you copy & paste in them?

Are you accessing the machine by remote desktop / teamviewer or similar? If so, sometimes a setting might need to be changed on the client machine (the one you connect from) to enable sharing of clipboard.

Do you have any accessibility options in Windows turned on? Possibly they may interfere with Ctrl key (like sticky keys / toggle keys feature)?

Clipboard outside of SambaPOS was working fine but I decided to start fresh on this machine(Not much to install) and all is good now.