Close Ticket-Logout But not on Split Ticket

I am terrible at knowing what to use for constraints.
I barely understand it.

We have the system set up so that when a ticket is entered or closed it auto logs out and back to the sign in screen.
This also works on print bill.

We like it, however now that I am using split ticket feature, when you are at the split ticket screen you can print each ticket. This is nice, however the way I have it setup, you will print and get logged out.

Is there a constraint I can add here so that it doesnt log anyone out, while they are printing from the split ticket screens? 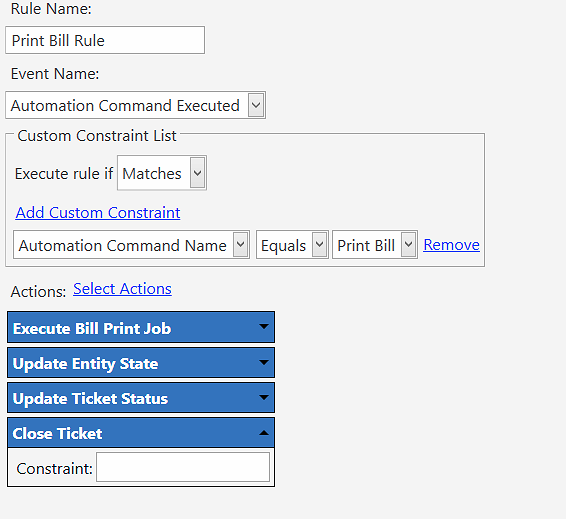 I am not understanding that.

I was hoping that someone knew of a constraint to add to the constraint portion of this Print Bill/Close Ticket rule in the screenshot above to basically always log out unless on the split ticket screen.

–Edit–
You will have to create a new Automation Command button also.

You have to flag something somewhere so the automation knows what’s going on.

I think this should work. I can’t test as I’m still on an older version. 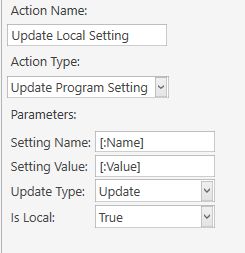 In whatever rule is fired for split ticket, add this action container: 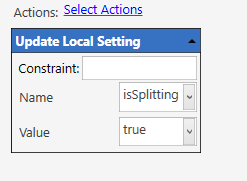 Create a rule that executes on the Ticket Closed event and add the Update Local Setting action you created and set the name the same as above, with the value = false: 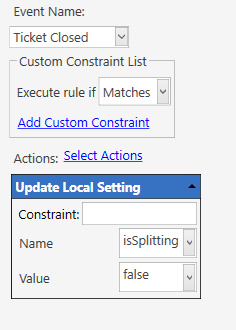 I tried it Memo, didnt work.

–Edit–
You will have to create a new Automation Command button also.

I figured out something different.

I cloned the Print Bill automation command, named it Print Bill Split Tickets.
Removed the Button Header name.
Changed the mapping to Ticket List so that I wouldn’t have a duplicate button in other places. 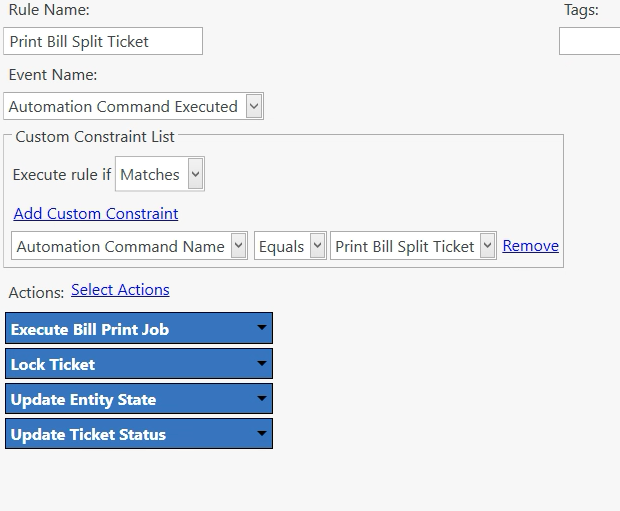 Finally I changed the settings of Split Ticket to use the Print Bill Split Ticket command and it works great so far in testing. 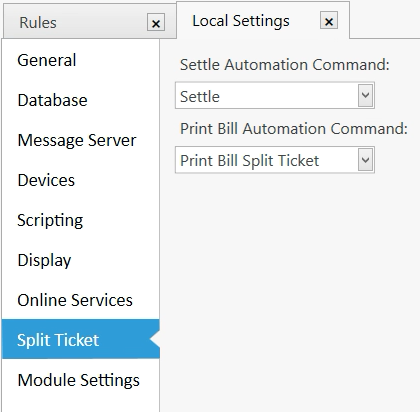