Constraints with Data.Get() and Data.Set()

Does anyone know if we can use a Data.Get() in a Constraint? I tries a few variations and no luck… 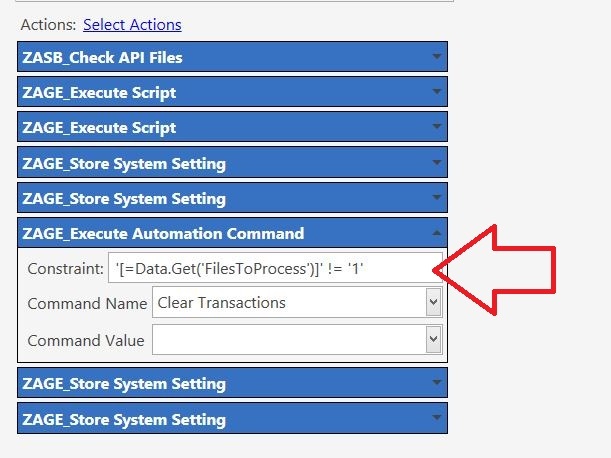 Tried without Quotes as a number is stored.
Tried using TN() function.

EDIT:
I guess I could use a {CALL:x} function and return the ‘GET’ value?

@emre is there a limit to the number to Data.Set Variables you can set up?
Also do we need to clear these at some stage?

EDIT 2:
I guess we cannot do this either?

EDIT 3:
Well here is a work round for problem No 2.
I really wished we had access to {:Variables} in Scripts without having to make them Global and use SQL for retrieval as these variables are localized. 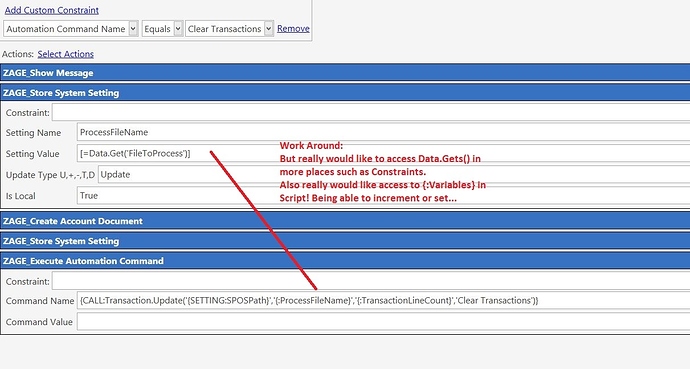 I meant to make a post regarding this a short while ago, when I was trying to use this “new knowledge” regarding Data.Set() and Data.Get().

I concluded that Data.Set() and Data.Get() are local to the Rule that they are used in. While they can be set and read using Actions and set and read in executed scripts in the same Rule, they do not survive traversing other Rules.

That is, if you SET something in one Rule, and then execute another Rule (ie. Automation Command), that other Rule does not have access using GET. The variable is empty (or rather non-existent), unfortunately.

So no, you cannot effectively use them as Constraints on the Rule or Action level.

I agree. And SET/GET can do this, but only if the script is called or executed in the same Rule that SETs the variable. As soon as you leave the Rule, the value is gone.

@emre, any possibility you could “expand the scope” of Data.Set/Get so we could access variables across Rules?

Hmm I don’t remember what was the reason I’ve recommended using Data.Get() but don’t we use local program settings to share data across rules?

We started using Data.Get() because it was needed both Scripts and Rules, typically create a variable in a Script Data.Set() and then use it in a Rule, Data.Get().

they do not survive traversing other Rules.

I actually do have my Data.Set() moving across Rules?

The issue that I find difficult is using either {:LocalSetting} or Data.Get(‘Variable’) as a trational variable whereas you can increment or assign a value (even Boolean) to control Workflow.

The Trouble with Data.Get()'s is that you cannot increment like you can {:Variables) so it would be Store to Jscript Variable; Increment; then Data.Set() new value.

I actually do have my Data.Set() moving across Rules?

Ok, but sorry, you need to prove that to me.

I thought I discovered GOLD when experimenting with Data.Set/Get because it works in the Rule and in Script. But my experiments were contained to a single Rule.

Maybe, it is just that the following does not work, which we need to work for it to be of value:

Anyway, let me know how it goes. I really want this feature as much as you.

OK Q - I will take the challenge!

But to fair, I do the Data.Set() in a Script called from a Application Started RULE.
The RULE then does some initialization and called a EXEC ACM RULE which does a Data.Get() to retrieve the Data. It still 2 different RULES right?

I been working on this Looper thing for 2 days now, very complex due these variables. Just realised that I was relying on a Constraint {:Variable} which I was changing in a Action and expected the processing of the RULE to deviate

I will finish this RULE and drop a GIF later.

Hmm I don’t remember what was the reason I’ve recommended using Data.Get() but don’t we use local program settings to share data across rules?

Yes we do. However, Local Program Settings are not accessible in JS. Only Global Settings are available (via a DB query). We are looking for a feature where in-memory (local) variables are accessible across Rules and Scripts, without having to store them in the DB. Data.Set/Get appears to provide this, however …

If the Rule contains Actions which invoke another Rule (ie. Execute Automation Command, or a State Update), it would be good to be able to access ‘myvar’ in the Rule that handles that AMC or State Update. But alas, this does not appear to be the case. ‘myvar’ does not exist any longer in the AMC Rule, or the State Updated Rule.

I discovered this with the Bump Bar when I was trying to track Card Position, and storing values in the DB was not “fast enough” to allow for JS to read the Global Program Settings. So I thought I could use Data.Set/Get instead. But because I was traversing Rules, it fell apart when I finally realized that the next Rule in line could not read my variables using GET.

Your just gonna make me do a GIF aren’t you…
Images coming now. 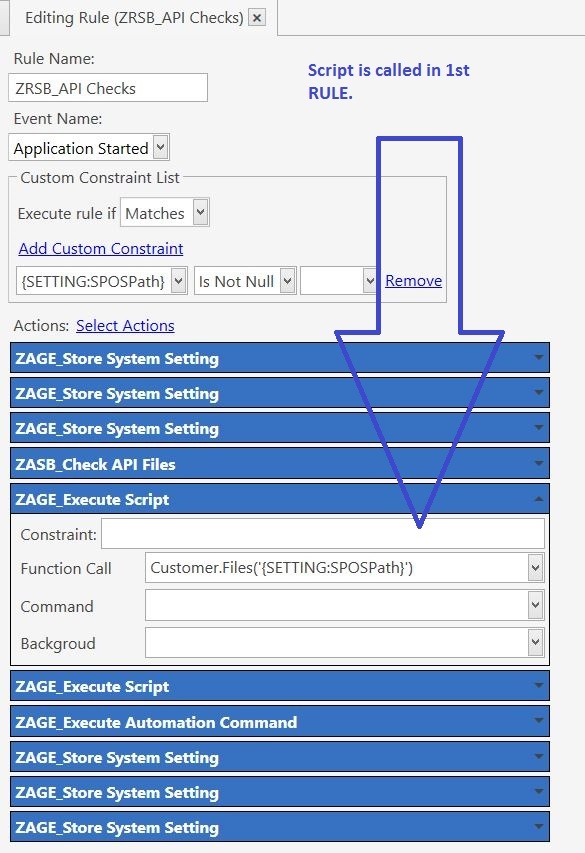 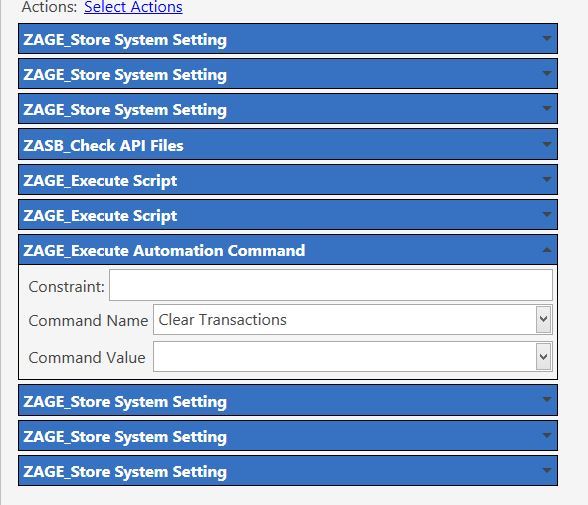 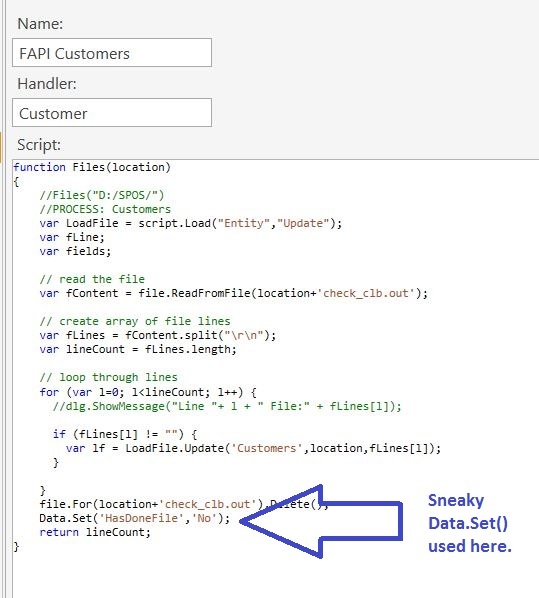 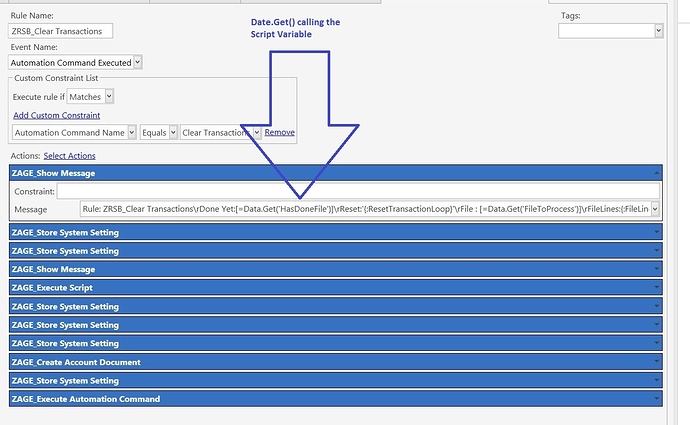 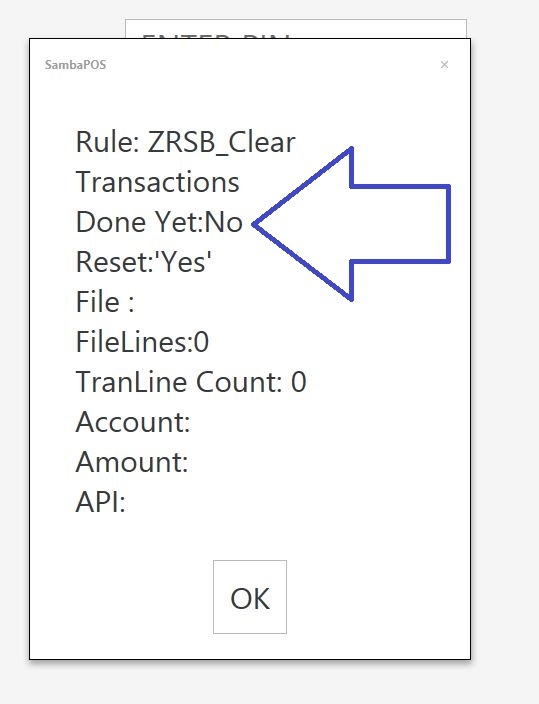 Do I win the door prize? Or have I misunderstood things…

I don’t know what to say.

I just tested this myself. And it works today … 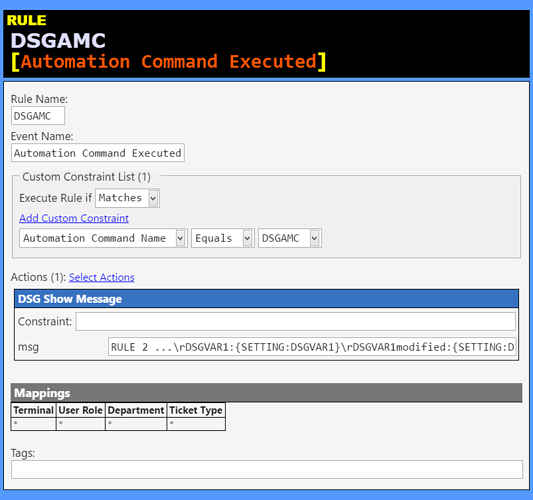 I don’t know what to say.

(not very often will you see that line lol)

Data.X helper basically used to alter rule data (parameters). The first time I implemented this feature I used it to trim trailing question marks from swipe data. Later we found different uses. However it does not completely replace local settings. It’s context is different. @QMcKay is right. It may not work for all cases.

I already demonstrated how to access settings from JS…

You can find more info under Uses in JScript section of this post. I think findLocalSetting and updateLocalSetting functions will do the job.

This link
https://forum.sambapos.com/t/graphql-api-implementation/10534/18
can i look

Dear Emre, please, please do not change a thing with the way Data.Get() and Data.Set() currently work (unless it is an addition) as they are magnificent little keys to unlocking SambaPOS Power!

I am happy to say I just finished a 3 day stint (2 days looking at a piece of paper with a flowchart), and 1 day mapping, testing and repeating about 200 iterations - and BAM, works seamlessly and transparently.

However it does not completely replace local settings. It’s context is different.

Do not worry I have always stated I rather stay in “Default” mode and keep the use of Script and Variables down to a minimum.

I thought I discovered GOLD

@QMcKay check out the Rule and script below. I found the {CALL:x} constraints that actually RETURN a Data.Get() (see script) are evaluated dynamically. I don’t really understand how or what but it just does and its wonderful 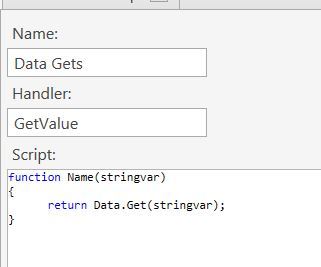 I am putting here in the public domain to be enjoyed and put on the record that this functionality goes to the core of what I require to deliver SambaPOS to out Marketplace.

I will eventually look at GraphQL but any more information going into my very hurting brain which has reached overload for the last 6 months will be too much right now.

What does the Rule do?
The Rule runs in a recursive loop “Sukasems Loop”, processing different transactions files, creating Multiple Entities & Accounts on the Fly, and then creating any Account Transaction Documents for Invoices and Receipts.

These transactions can be absorbed immediately effecting transparent integration if a SambaPOS instance is running OR picked up on an Instance Instantiation. All of this is done behind the seems without any User Input - yah.

Friday night 10.30pm and its that time

What do you mean by this exactly? Are you saying that the Rule processor does not “short list” the Actions if they have a {CALL:X} in their Constraint?

Also curious to know why you are forking to a script in the first place? Why not just do this in a Constraint?

Does that ^ not work? Maybe this would?

Maybe those types of operations don’t work as Constraints? Maybe that is why I was sure that Set/Get were not traversing Rules? I can’t remember now exactly, but I think I was trying to update a counter - that is, I was attempting to increment a variable.

Rule processor does not “short list” the Actions if they have a {CALL:X} in their Constraint?

It seems so.
I tested time and time again because I originally used an incremented variable {:countervariable} in the RULE to constraint Actions i.e. Don’t do this action if {:countervarible} > 0. After a few hours and lots of show messages I realised the best test was:

I know you know this but many others do not. The thing is when I did:

They were always in sync and the Action never triggered if the value was 0! Go figure…

Maybe those types of operations don’t work as Constraints?

Constraints gets evaluated once before executing actions so a previous action won’t affect next action’s constraint. That won’t change.

There is no need to create a constraint for execute script as you can pass constraint parameters to script and make that constraint check inside script.

I hope that will help a bit.

I hope that will help a bit.

Sorry to bump an old post but what was your resolution here? Did you implement a method or was GraphQL your solution?