Could someone convert my sdf database to bak on server 2014?

I think SambaPOS can do this automatically with the option checked to auto migrate. I am not 100% clear on how, I would need to look it up. But it makes sense to me if you enter the connection string to your server it will migrate it if you have that checked. 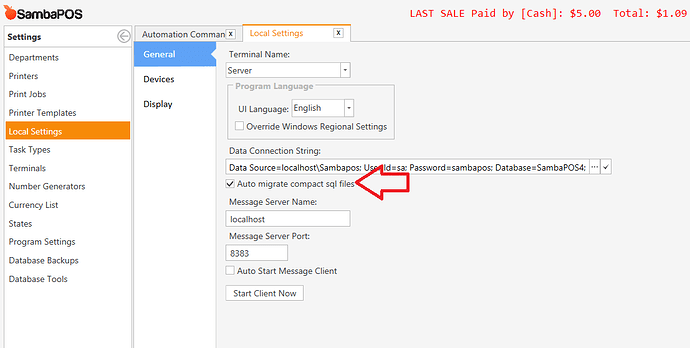 Maybe someone with more experience in this can chime in.

cheers ill have a go at it

yea think ill need it this is what happens when i try your suggestion, thanks for the help anyway

that means your database is a newer version than your current SambaPOS installed.

its my old database before i upgraded to 2014 and installed yours to play with, when i was just using compact edition

Just install the latest version of SambaPOS and set it to use your old .sdf database… load sambaPOS let it update that to the new version

THen just change the connection string to your SQL server. Shut it down and restart It should convert it. Might want to delete the database off the server that your using now if thats not the one you plan to use or it will default to trying to connect to it. Or just rename it if you dont want to delete it 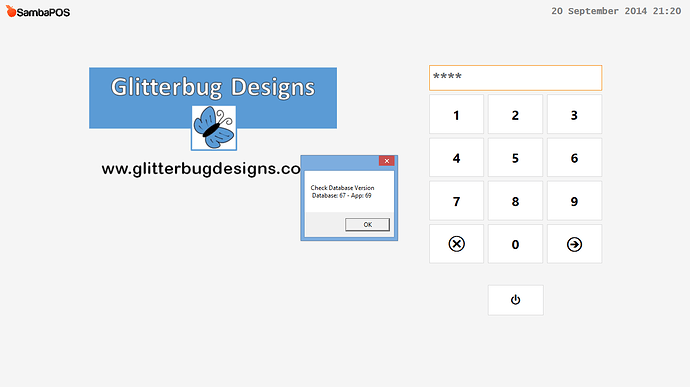 Your not wanting to use mine I thought? That happens if it was not the FIRST database it connected to after updating. You need to delete my database using management console…then reinstall sambapos… connect sambapos to your sdf database and load it up. Change the connect string to connect to the server… then restart sambapos.

Check your PM i just sent you the converted DB.

I think I was wrong about the auto migrate I am not sure what that does I need to look into that more. It probably has something to do with localsql

Yes what we call migration is updating database to latest version.

Very handy while testing different sdf files but might not be very useful as it used to be as we are using SQL Local DB instead of SQL CE.