Create and then LOAD entity

I can get an automation command to create an entity, but how would I get that entity to load as soon as it has been created? 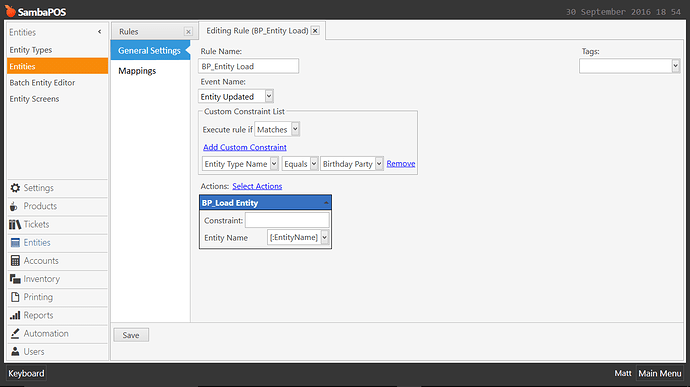 Obviously this isn’t correct… cos it don’t work… What am I doing wrong?

EDIT: just added a MSG TEST and got no return

Use the Change Ticket Entity action … that may not work though because I have no idea what your doing. Are you creating them from in ticket? Entity Updated is probably not going to capture Entity Created.

Hmm, thats an interesting idea for selecting entity.
Personally dont like it as could be triggered by events other than your intended flow.

You could use similiar flow to what I used in my hotel room and booking account setup.

However Change Ticket Entity action can also create entities. Explain more of what your trying to do we can help you better.

I tagged your hotel workflow on this, we talked about it before @JTRTech

Here is what I tried for the Create Entity: 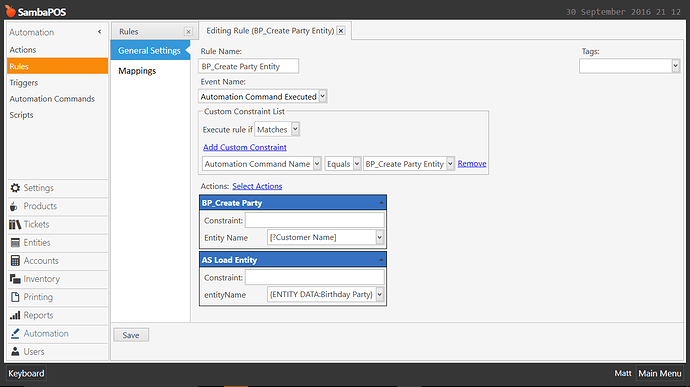 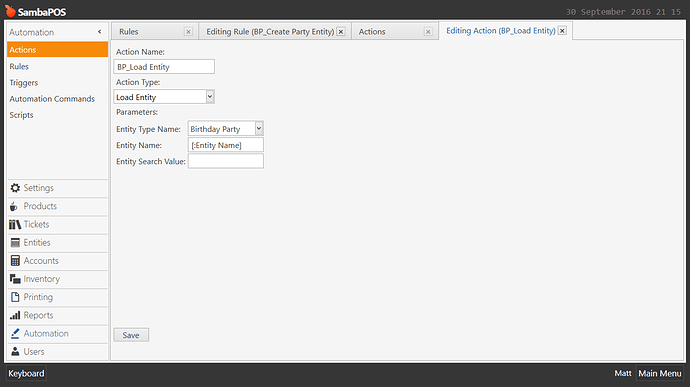 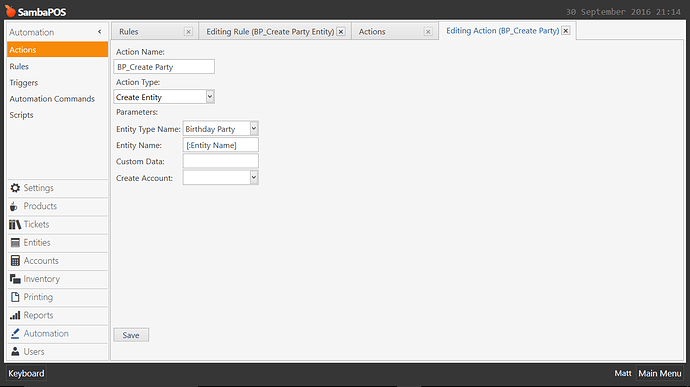 so AMC Rule with a Crate Entity which triggers an other AMC, then use that to load said entity?

Might have to elaborate a little on that if you could.

Don’t worry for tonight though, I’m about to get busy (hopefully lol)

Would be interesting to know that.

Will try that as I’m still waiting for customerrrrrssssssssss (and its meant to be pay day?!)

An automation command has two ‘values’, the command name itself and the command value.
Look at my fast cash flow… It uses 4 buttons which trigger the same rule with 4 constraints to catch any of the 4 commands then a pay ticket action using the command value for the tendered amount…

Look at how ask questions work, the question has 1 command name and then each button is a command value…

Ar you sure its load you actually want? sure there are open and load ticket actions, load doesnt actually open/select it but allow automation on it, dont think it does anything visually but might be wrong? or posibly it just isnt showing, maybe try a refresh ticket…

That OR… add values to the custom fields of that entity that’s been created? Which I may be able to do…

Select it to the ticket or just set a bunch of entity data.??

For now, ive literally JUST basically done what I wanted to achieve.

Loading the entity ISNT important really as the ticket will be closed without a transaction anyway. Creatiung an entity and filling in the custom fields IS important.

Now ive got the basics done, I can achieve what I was setting out to do. Thanks for the Command Value help.