I have a Custom Entity Screen that I have made to my liking. It shows 3 entity buttons (which are actually 3 tables) Take Away, Pickup & Delivery.
Below that I have 3 Ticket Lister widgets to show open tickets from the respective tables/buttons. 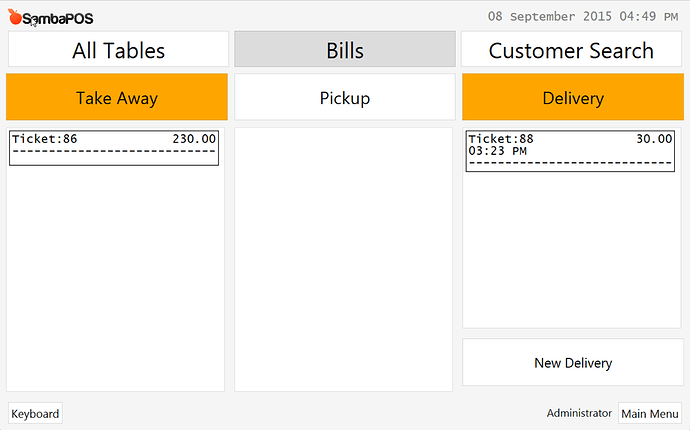 I now need a button to add a ticket to one of the 3 entities.
eg: New Delivery button should call Add Ticket, but set Table as Delivery automatically. 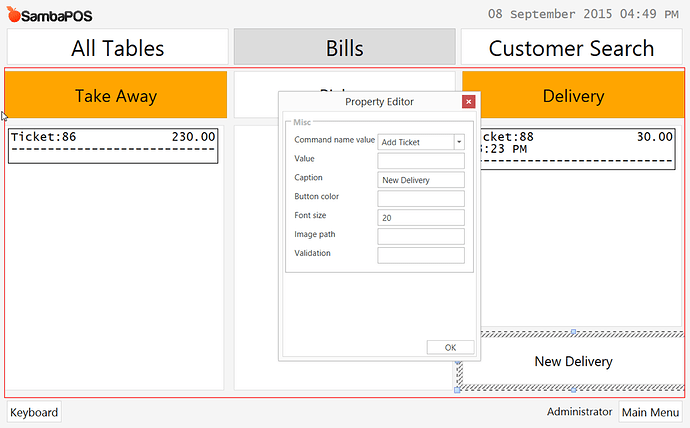 You can use Change Ticket Entity action to assign tables to your tickets.

I wanted to pass the table entity info to that button. Is that possible using just this screen?
Is there a post on how to use the Change Ticket Entity action?

You could pass the Table name as the Command Value … 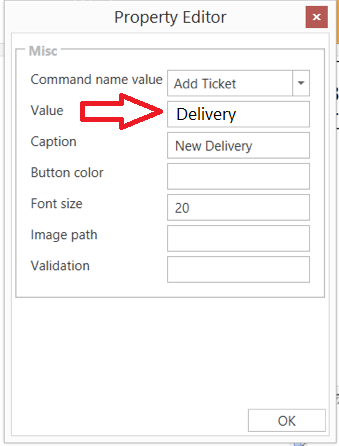 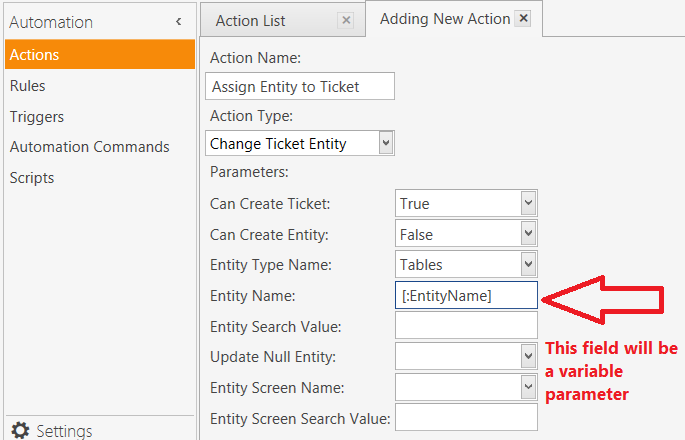 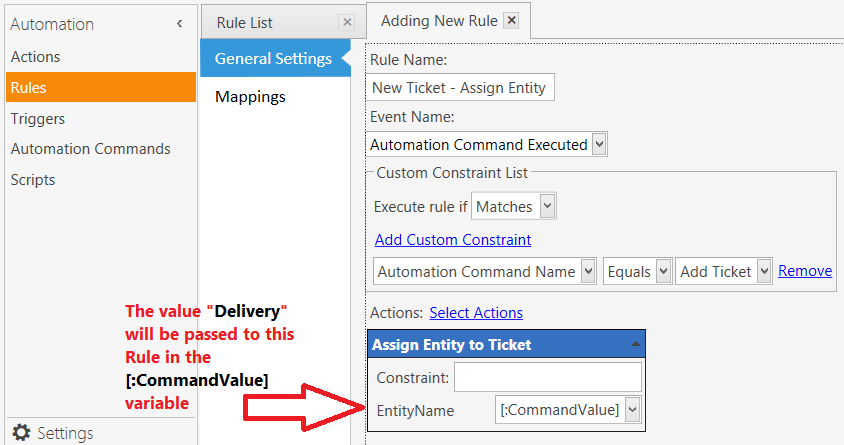 Now you can add more buttons to your Entity Screen to call the same Command (Add Ticket), but use a different Command Value.

I did this but the value is not being passed.

It just opens up a new ticket without the table / entity value.

Ok, I thought that may happen, and it is likely because of a a conflicting Rule. It is actually passing the Value, nonetheless. You must have an Entity of the name Delivery for this to work you realize.

There is already and Automation Command and Rule for Add Ticket.

I suggest changing or creating a new Automation Command, of a different name, something like New Ticket with Entity … 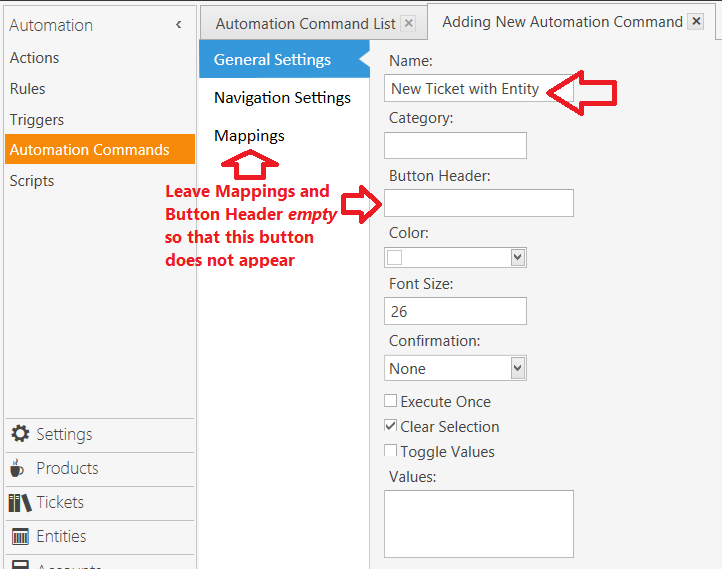 Now change your Rule to look for that button…

And of course, change your Ticket Lister Widget to use that Command as well… 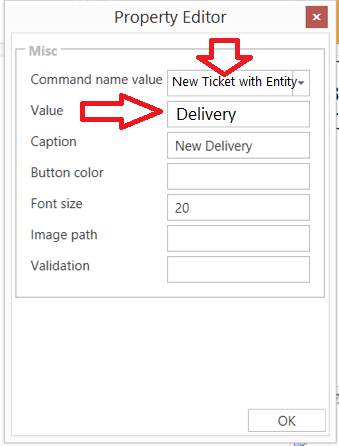 That worked. I just needed to add a Create Ticket action in the New Ticket - Assign Entity rule. 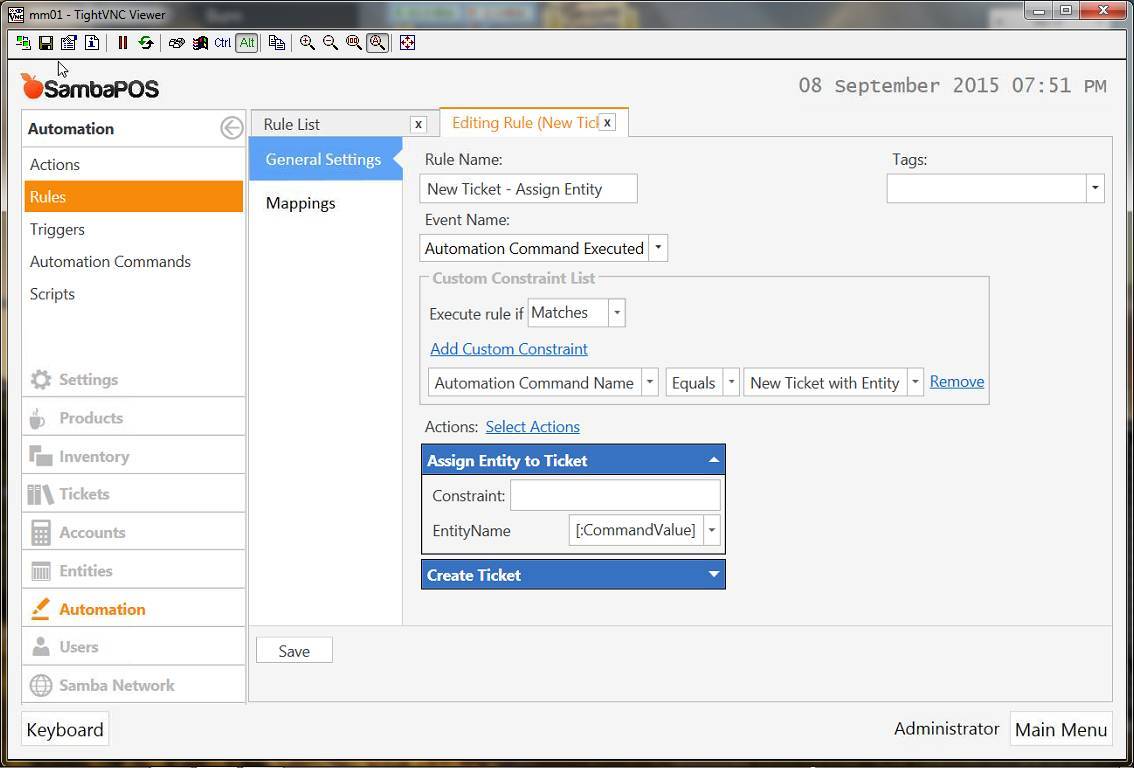 Small issue. Using the action command buttons increments the ticket count by 2.
Adding a ticket via entity button increments the count correctly by 1.
I think an extra ticket is being created and closed, but I dont know where to go look for it. 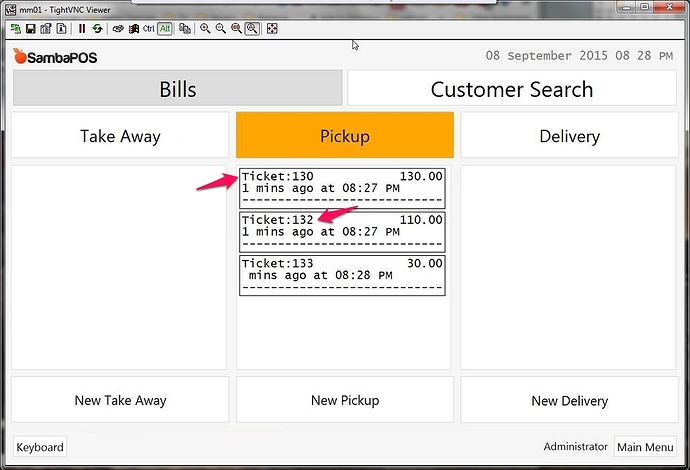 Yup, that worked. Many thanks.