What are people using to create the images for the table plans in their systems?

Personally have just stuck with the default entity grid as allot of my clients have flexible table layout pulling tables together for groups etc but have seen some impressive table plans on the forum.

Obviously its just an image so could use anything from Windows Paint to Photoshop or Illustrator but what have people used? Anybody using specific architecture type program?

Just thought I would raise the question as sure others - especially those stating out in Samba might be interested in what people have done.

Maybe some people could offer a screenshot of their table screen and detail the program they used to create it.

@Peter_Cijsouw perhaps you might like to kick things off?
@sukasem your screen shot in the showcase looks like you have used some specific plan software?
@RickH looking at your very pretty graphical setup you dont use tables, just customers? Shame as sure you would have gone to town on it

I’m using different programs, Photoshop, Visio, but even Windows Paint can be used.
I will make some time to makes some samples to create the Table plans.
[Update see some info below]
I have added some links so as there are many ways to create great floor-plans from basic to On-line design.

Below is a example of Microsoft Visio, what I’m using myself, but not everybody has this software package available, so have a look at some sample video’s and info below.
The advantage of Visio is that it’s very easy to create a quick Table Plan layout.
Set the dimensions for the area according to the building drawings and scaling, easy to move and align tables etc.
Future updates are quickly made if change in Table layout. 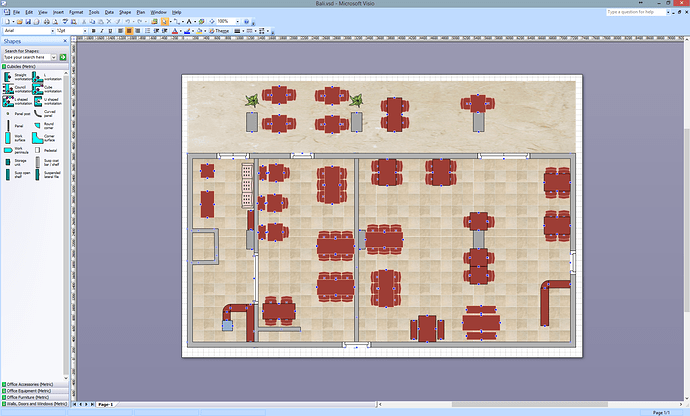 A nice example for Photoshop CS6 is in the video below.
I’m still working with Photoshop 7 (not so fancy, but using of separate layers is easy to work with)

A simple example hoe to use Microsoft Excel to create a basic floorplan.

Using MSPaint.
To devellop a floorplan here is more time consuming, and I would advise to make regular backups as reverting changes is more difficult. 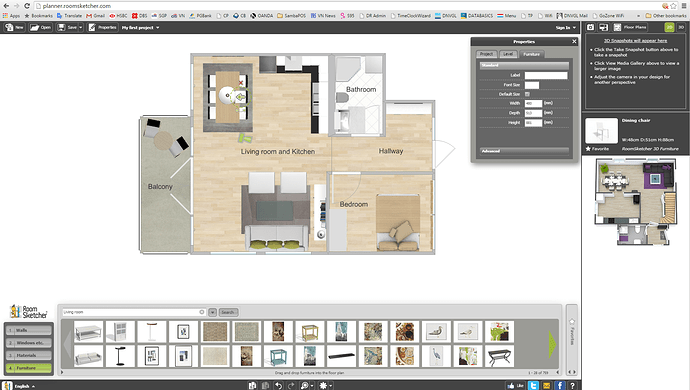 You can start using their floor planning tool right away without any registration. Once you start using it, you’ll have access to a main grid where you can drag and drop elements from the leftmost panel. And once on the grid, you can tweak sizes, length and even customize other details like wall thickness, floor color and such. 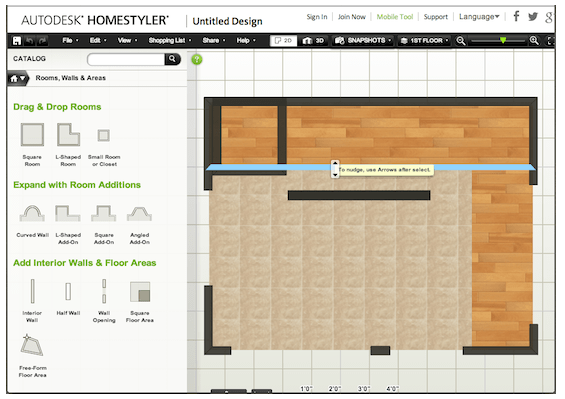 I do not use Tables yet, but I am a huge fan of good ol MS Paint

I use visio and gimp

Paint is handy in a pinch but but unless its been drastically revamped since I last used it (its been a while) the flattering of everything is a pain for making adjustments.

As I have Coral Draw that would probably be what I would use myself.