In this tutorial, it is explained clearly and step by step. Everything is working fine until last step" Pole Total".
I have used suggested template, rule and action. No success! Pole total doesnt show Tendered amount and change due.
i have 2 line, 20 chars, seriell port display.

It is missing any step in this tutorial? (Version 4)

First of all, you need to determine how your Display is connected to the computer, and how it communicates. If you cannot figure out this information, it will be very difficult to get your Display working with SambaPOS. There are many types of Displays, though most of them will communicate in a serial fashion via a serial port or COM emulation via USB. The following screenshots show a Display connected via USB, that the Driver emulates as a serial port on COM2. This Display requires a drive…

Your question doesn’t give us much to go on. The tutorial is good so most likely you missed something or made a typo.
Without showing your screenshots we can only guess.

Everything is working fine until last step" Pole Total".I have used suggested template, rule and action

Please post screenshots of the action, rule and template for pole total. The tutorial is fine, I’ve used it myself. Also it’s not related to your customer display - it will be an error you made in configuration.

@markjw
Hello Mark, Thank you very much for reply.

I have checked once again all templates, rules and actions. It is possible i make a mistake for last step. Until this “Rule Payment Processed”, I have 3 templates and 1 Printer:

Need to create a new printer and a new Template, new action and rule?

Please see screenshot. All steps until ““Rule Payment Processed”” are correct,they are working well. Can you please write step by step for this “screenshoot”. 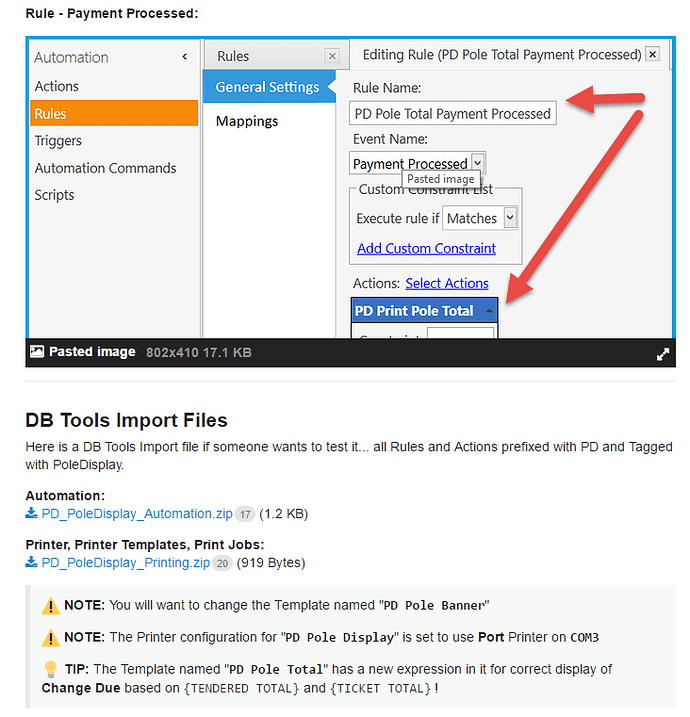 Can you please write step by step for this “screenshoot”.

Sorry I don’t understand - write what step by step? From your screenshot, it shows you have already done it same as on the tutorial, so there is nothing more to say about it…

Tutorial is really good. Nothing to say!
Creating “Rule Payment Processed”, under Select Action I dont see Properties of "PD Pole Total. It was my question! 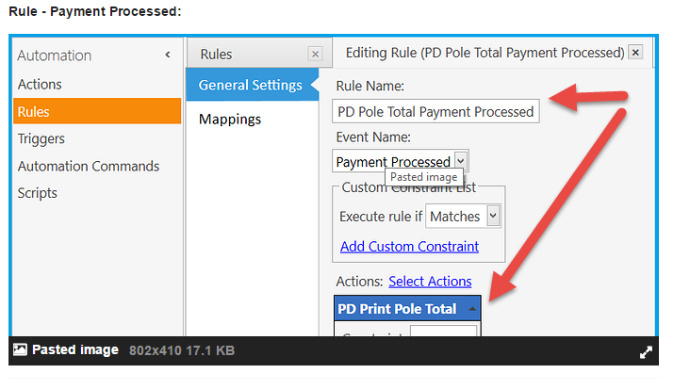 Creating “Rule Payment Processed”, under Select Action I dont see Properties of "PD Pole Total. It was my question!

Do you mean you can’t find the action PD Print Pole Total in the list of available actions? If so, that is because you have not created that action.

UPDATE: Ok, I see it now, there is actually a mistake on that screenshot in the tutorial.

@QMcKay could you update that screenshot on your tutorial?

Yes, now the problem is resolved !

If you go step by step, at the end you see something new! Where is it coming from?

I have updated my setting, and everythig is working now. THANK YOU VERY MUCH FOR YOUR EFFORTS!!!

@QMcKay could you update that screenshot on your tutorial? 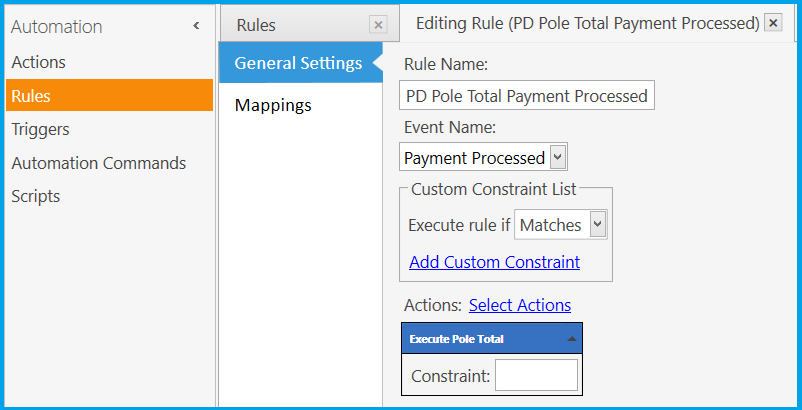 Thank you very much Mark.