Custom entity screen is probably the only way you’ll get anything close to this if your planing to do within samba.
Although expect it would be hard to get a ‘stylish’ as your moch ups.
You might be better to make a webpage hosted locally on a terminal and do some coding to read data from the entities table but that would be a bit outside the support of the forum.
Not sure about how you would handle msr/rfid/qrcode from an entity screen. or at least expect you would have to select the editor widget before swiping card…
This level of entity screen customization is a bit beyond my abilities, perhaps a full screen ask question might be a better option…

You can use the HTML widget and style something exactly like that and even inject and read samba values and commands.

So what do you need us to do? Is it a language conflict? You say you don’t need help with actions and rules because you already have them? I am confused what your asking for.

excuse @Jesse was written error my English is bad.
I need to create rules and actions to achieve this result.

You can use the HTML widget and style something exactly like that and even inject and read samba values and commands.

I thought of that to use HTML, but not as HTML widget, just like html printer this would be possible?
if it were possible HTML Printer I spared more money on hardware, only need a touch screen and a magnetic card reader connected to the server. right?
but how can I add a button to automation in a Html Printer screen?

Where’s the server come in to it?
You don’t need a server to have HTML pages?

@Jesse I found it

but at that time, this configuration was only possible in V5
now that we are V5 we could go deeper this case?

The reason I suggested HTML widget is because it can support injection of commands etc. So input and output support of native SambaPOS values etc. The other method would not. But if all you want to do is show account information and nothing else then yes Custom Browser printer would work fine.

Look here for a starting point on using the new Custom Printer. Its not the exact configuration you need but it should get you started and you can configure it how you need.

Be sure to enter a DOT for the Printer Share Name / Port Name to enable this printer. [image] P…

A few useful actions for this might be Load Entity action so it can load an entity and read its information into a Template for Custom Browser Printer. You can use Entity Search Value to display entity based on a Key Card swipe that value can be stored as an Entity Custom Field.

Where’s the server come in to it?You don’t need a server to have HTML pages?

I’ll go set up based on their tips and lights
I will not be shy to ask for your help again.

and all terminals are connected to this server computer

Yer, so you already have a server, lost as to your comment that browser printer will save server and budget.
Basic HTML doesn’t meet a server and even if you need more advanced HTML/php etc you can run xampp or other software of any PC, doesn’t have to be a server, depending on how you define server.

I am very new to the following and I am trying to do something similar , are you able to show me what and how you have done the following , I would really appreciate the Assistance. It looks great.

Is there anyone that can assist in setting up a Customer Login Screen ?

the Scenario’s or user cases we are looking for are.

a) customer can only enter , phone number or name and system will only return exact value of the customer, they should not be able to see any other customers details.
b) If customer does not exist then they should be able to enter details and setup customer record.
c) Once Customer exists then they can select from a menu.

Any help would be much appreciated.

@Dash
it depends on what you want.
for me works as well,
is this configuration that you want?

@Cazz where that white border coming from? Is it HTML Widget or browser popup?

where that white border coming from? Is it HTML Widget or browser popup?

@emre this is Browser Popup.
sorry for the delay in responding I have been away from my computer.

I have tried to eliminate the white border through height and width. 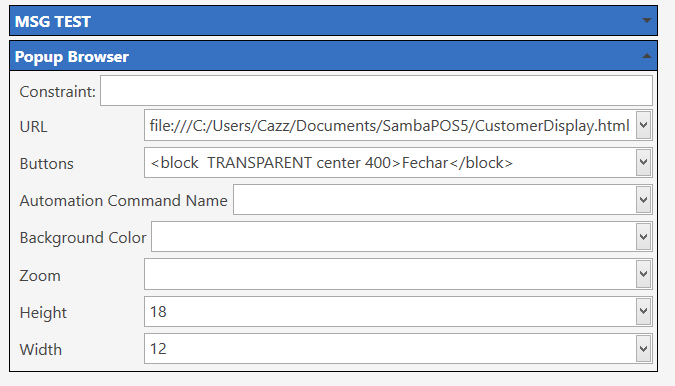 As I removed browser borders I wasn’t expecting that. Maybe it is coming from your html/css or maybe you tested it with an old version.

This is how it appears for me in dark theme. 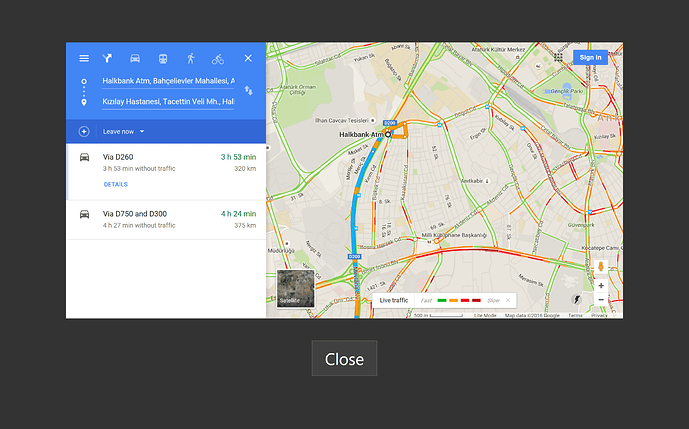 yes @emre you were right, my html was unresponsive and had a slight white border