Hello. I am using V5 latest version. I am trying to implement a customer loyalty function where after 100 euros spent a 10 euro voucher is printed and the amount spent is reset back to zero.
I have followed several loyalty tutorials but I didnt manage to achieve this yet. any ideas on how to proceed?
I tried following this tutorial Tracking Promotions by Points
replacing points with amount paid to track the amount for each customer but it doesnt add up the amount. it just replaces the existing.

replacing points with amount paid to track the amount for each customer but it doesnt add up the amount. it just replaces the existing.

Show your automation where the amount is getting updated. Likely a simple adjustment to the expression or small adjustment to read the current value and use it in the update action in addition with the new sale amount.

This is the action 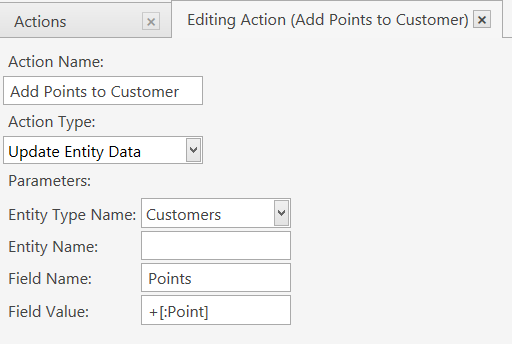 This is the rule 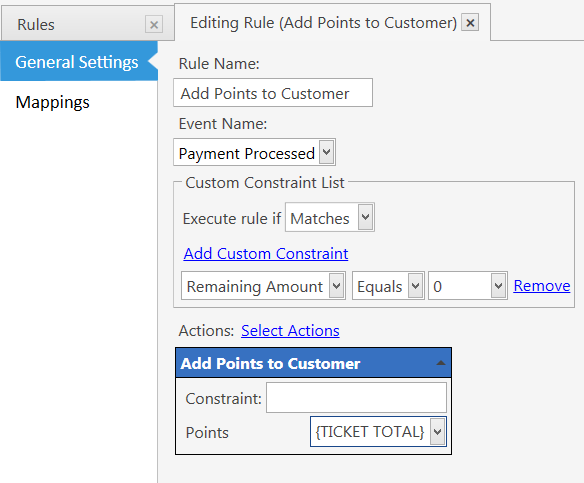 This is a pretty simple setup (at least what i thought). No constraints no restrictions.
Just a field that would hold a total of the amount spent for each customer. I must be missing something. Thanks for the help

Try taking out the + on the action.
You probably need to then remove the action from that rule, save then add it back to refresh the action in the rule (saving, closing and reopening the rule is the important bit there)

Then set the Points field in the action on the rule to something like;

Out of interest, care to show how your automating the voucher printing and reset?

OF course! the minute I will do it I ll post it here!

OF course! the minute I will do it I ll post it here!

Shouldnt be too hard, was just curious.
Have a plan already?

Are you planning to have voucher printed on the last receipt that makes it over the 100 or on a separate one?
Separate would be easier no doubt.

If they have 95 accumulated and then sped say 20 will the 15 be carried over to next count?

Well the plan was automatic printing of a separate from the receipt voucher but didnt really thing that through yet. I ve moved to another task on the project I am preparing and I left this behind but i ll hopefully catch up later tonight.

Ah yes the rest of the amount should be also carried to the next count. I havent thought it through yet.

It shouldnt bee to hard to do in a single rule, expanding that one with a good set of constraints;