I’ve searched through the forums but not been able to find an answer - is there a relationship diagram for the tables within the database? Primary key/foreign key mappings, etc?

No there is not and if there was it could change with future updates so it’s best not to maintain a list.

It would have to be quite a significant update if the referential integrity of the primary and foreign keys were altered in some way.

Since the focus is now on v5, is it not possible to have a database diagram showing the final diagram for v4? I can’t imagine there would be any significant structural changes to v4 from this point onwards.

It’s possible but I doubt someone will spend that kind of time to do that. Maybe they will. I personally see no use since you can just open MSSMS and look. I’m fairly sure Emre won’t do that so it leaves it up to community. Maybe you could contribute to that? 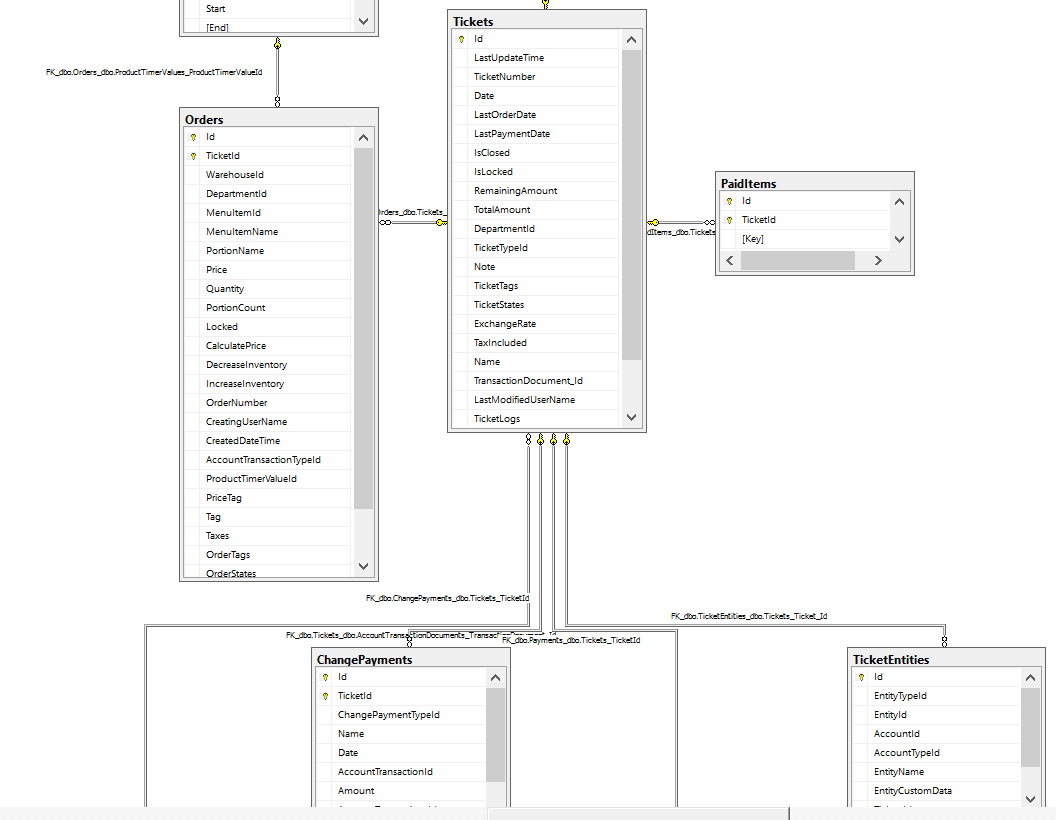 Not sure I call that a solution… it was done in SSMS… it does it for you.

I marked it because it provides a diagram that was asked for. We can unmark it if you feel its not what he was asking for.

Exactly what I was looking for, thank you. Its not possible to open SDF files in SSMS2014.