I am configuring sambaPOS for Domino’s like pizza shop. I have created Three Product for Pizza Type. Small , Medium and Large.

I have added Pizza Name, Crust Type, Extra Toppings and Extra Cheese as a Product Modifier. 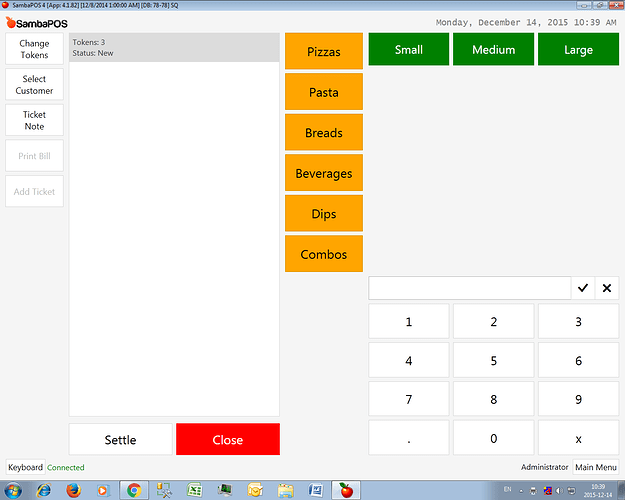 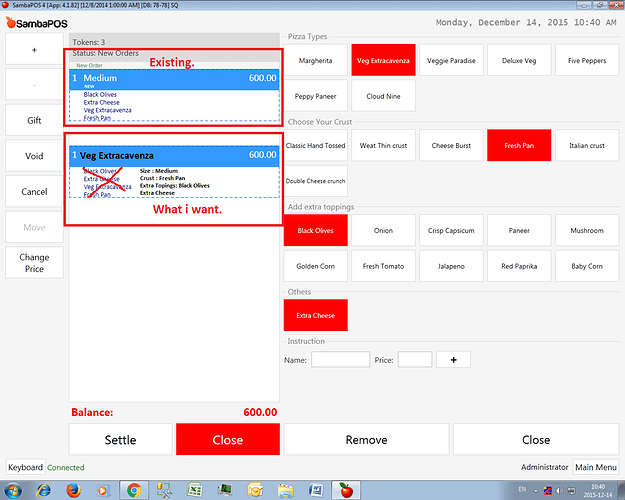 So configure your sizes as portions instead of product and use pizza name as product.

I have not configured my Size as portions because Prize of the Modifiers like crust, extra toppings and extra cheese depends on the size of the pizza.

Is it possible to configure the price of the order tags depends on portions ? 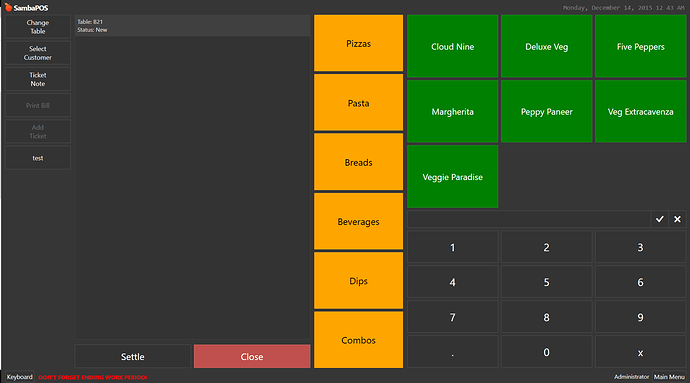 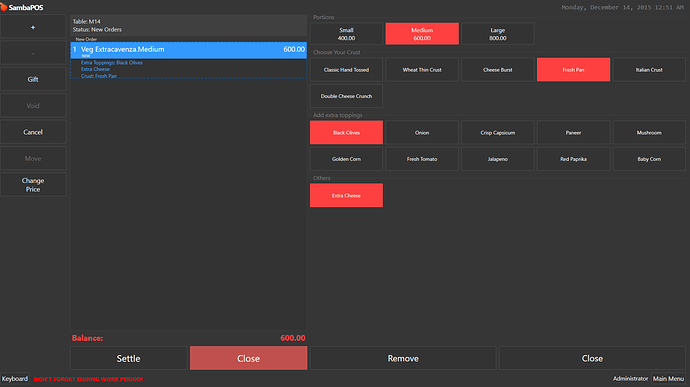 I have not used v4 in a very long time so you might need to remind me if a feature is not available. But you can map order tags to portions. All you would need to do is clone your Order Tag groups and set prices according to portions then map each one to that specific portion. Screenshot coming. 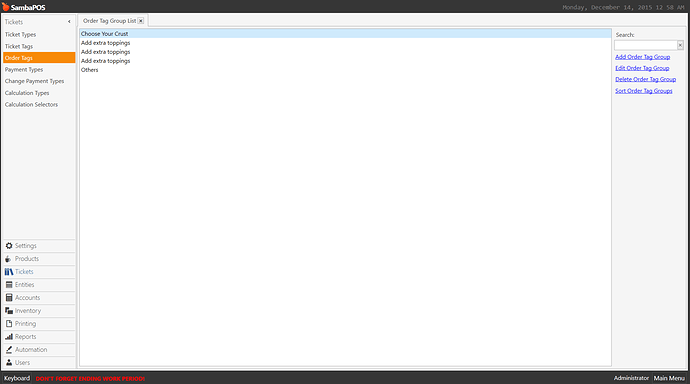 I cloned Extra Toppings Twice to make it have same name I just put one space after the name for first clone and two spaces after name for third clone. I set different topping prices based on portion and mapped it to that specific portion. Screenshot of outcome is coming…

EDIT: The spaces after name is not required in v5 and probably not in v4 either but I can not remember. 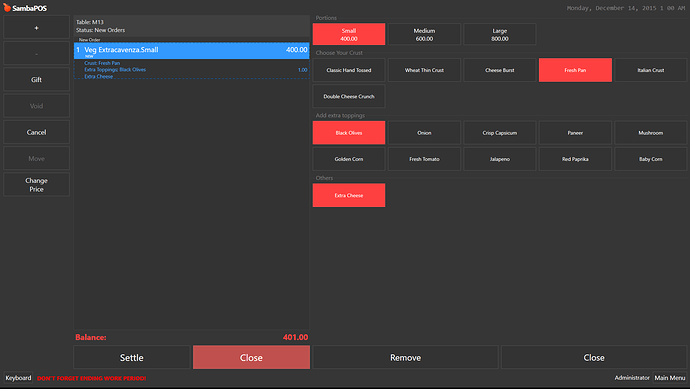 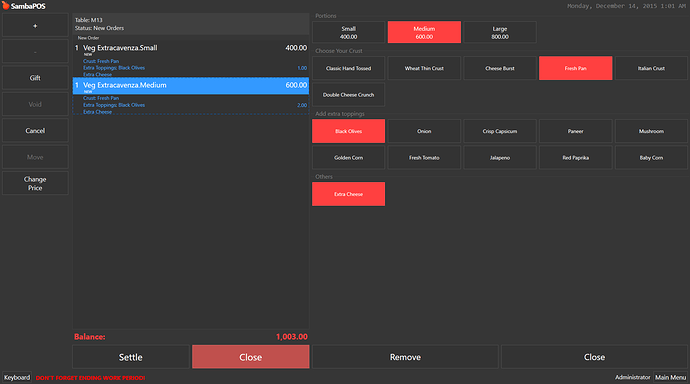 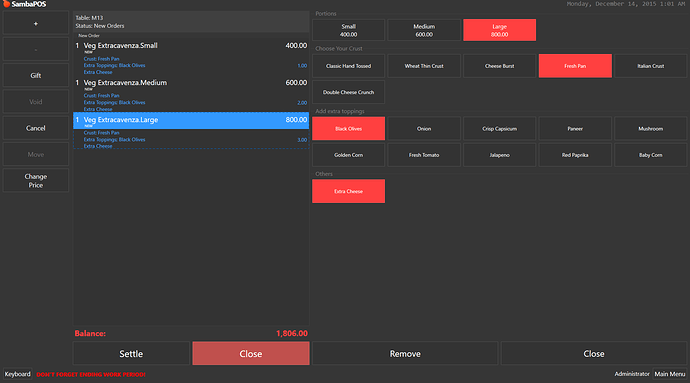 I used a small trick to format the output of the order tags like Crust: Order Tag Name 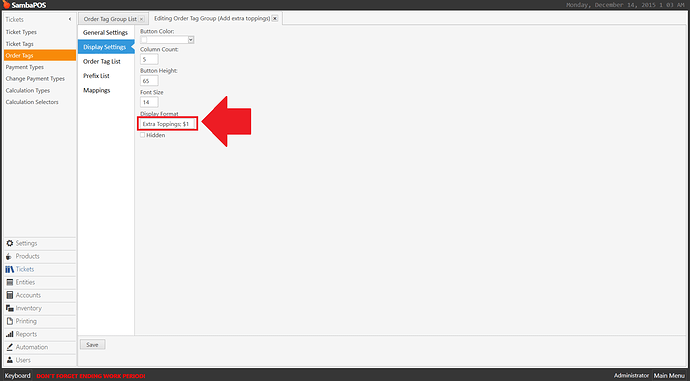 Thank you so much Kendash for your prompt reply.

It solved my problem. I have successfully configured my menu and price list.

But I thing Display format option is not available for Order Tags in version 4.

Display format option is not available for Order Tags in version 4.

That is correct. And there are many other things you cannot do with v4. You have much more flexibility and control in v5.

Isn’t there any other way to do it in version 4?

Probably not without making the actual name that.

I think v4 has Order Tag Note, which provides tags in the form:

But the display options are still very limited compared to v5.