Hi, Thanks for the great app and for this great community support.

I’m setting up SambaPOS for the first time and having hard time with the printer setup. Following is my issues: 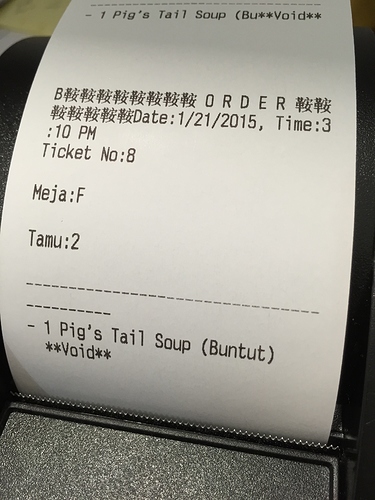 I tried to change from codepage Turkis to 437 .
I tried char replacement: 鞍=O,░=O , it doesn’t work.

I tried to limit from the “Line Character Count” to 31 , what happened is that it overlap my product name.

Is it set up as a Ticket, Text, HTML, Raw, or Port printer?

Copy/paste your Printer Template here in the forum, highlight it, then click the code button </> so that it is displayed here properly.

Look in your Printer Driver or Printer Utility to see if there is a language/code page/character set setting available in there. This is also where you should find settings for <CUT>. Otherwise, you may need to add blank lines to the bottom of your Template.

Thanks I just simply don’t use that special character and replace with another characters. The only problem that still left now is only the “B” letter, but is not SambaPOS problem instead is the printer problem, even if I print using Notepad also come out that letter.

So I will change this to answered question. Thanks so much

Lesson learnt, cheap printer is bad… no setting on the printer etc.

what kind of thermal printer that qualify to sambaPOS?

SambaPOS will use any windows printer. If it shows up in windows as a printer then Samba can use it.

PS. you are asking many questions that have been answered many many times on this forum. Please utilize the search function of the forum and you will find a huge library of information at your disposal. 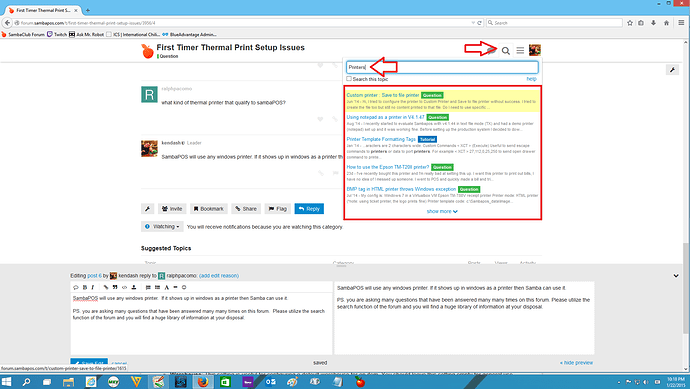 No need to be sorry. Its just the search function can help you a lot faster and more accurately than waiting for a response to a new user question.