Hello. I am trying to implement a fiscal mechanism on Samba POS system. How it works: It saves a pdf from the ticket using a pdf creator in a specified folder, the fiscal printer takes the document from that folder signs it and sends the ticket to the thermal printer. The problem I face is that no matter what type of printer I use from samba pos the pdf comes out either empty (Ticket Printer) or too small. Too small I mean instead of creating a pdf according to the ticket I am printing It makes it like 1/4 the size on the pdf. The font becomes like a number 4 and it saves the receipt on a tiny area on the pdf. Any ideas? 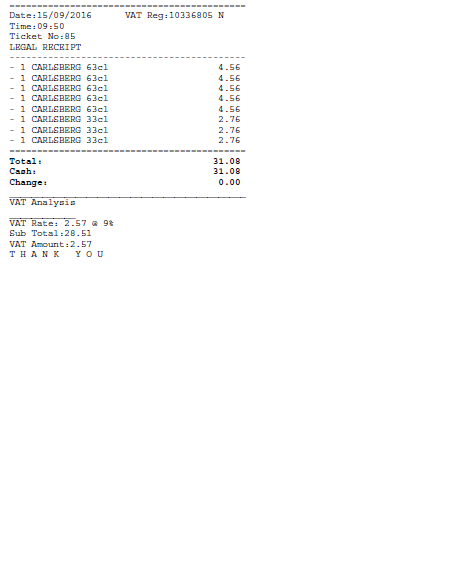 Since SambaPOS v4 does not support exporting to PDF likely your issue is your PDF Creator tool you are using. What PDF Creator are you using? Does your machine require PDF format?

yeah it requires a pdf format. PDFCreator is the software I m using.

It is printing as A4? Try and change the ‘paper size’

I apologise for the late reply. If i change the size of the paper it either doesnt print or it prints just until the end of the paper. I mean if i put a lot of stuff on the bill it doesnt automatically resize.

Ok, how about leaving a4 and changing the font size by increasing the numbers on the formatting tag.
The width of the page is set in number of characters on the printer settings in samba.

It does matter i asked because win 10 has a save to pdf printer.

yeah but the thing is that whatever print to prd printer I use it must have an autosave option cause I dont want a save to: window to appear every time