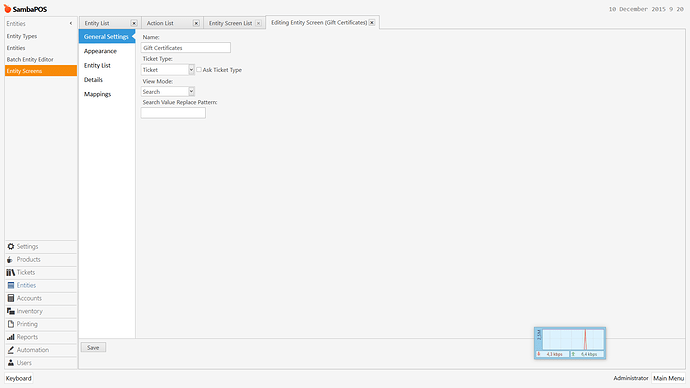 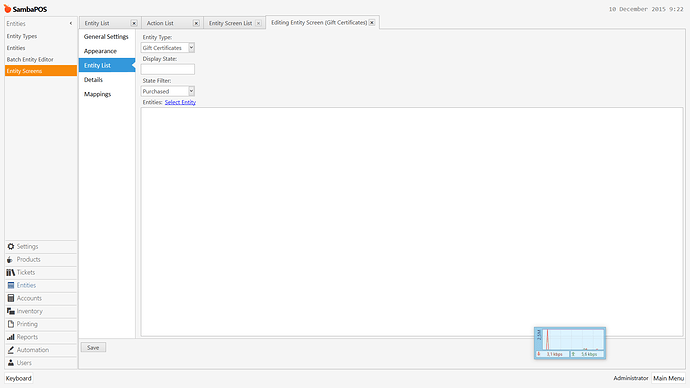 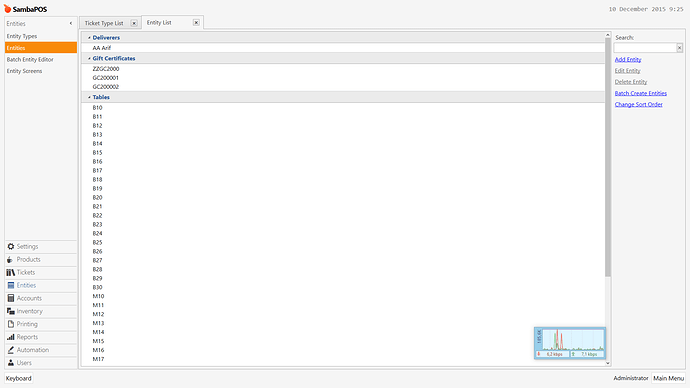 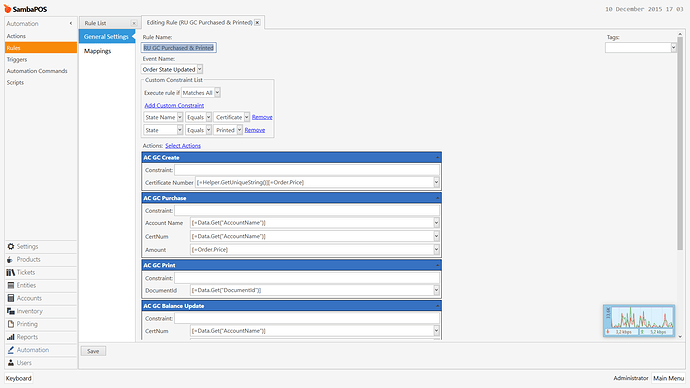 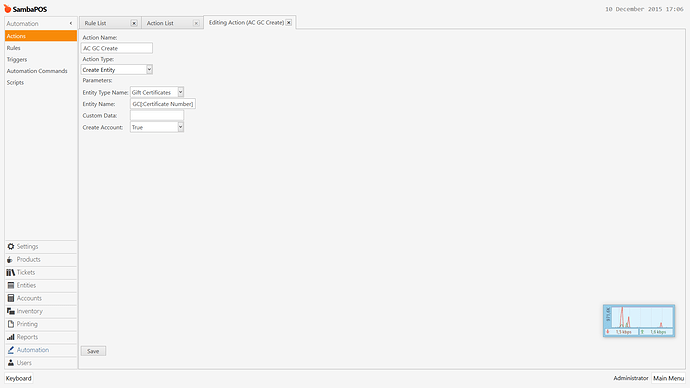 I think the GC number you entered is dummy .are you creating a gc from menu? do you have a product called gift certificate?if so try to add and settle the payment try that way the GC number will create automatically , not sure if you can create a gc from the entity screen as you showed.

Yes, what i have meant by through a ticket is ordered a Gift Certificate through the Tables, added gift certificate, change price to the amount that i wanted for gift certificate balance, and settled, but still there is no gift certificate entity automatically created, thus making it not searchable as from my understanding “Purchased” GCStatus only available through manual purchasing through settled ticket.

I have re-followed the tutorial dosen of times, but still cannot figuring out on why the gift certificate doesn’t automatically created.

Other question is how to make Gift Certificates manually through the entity screen? 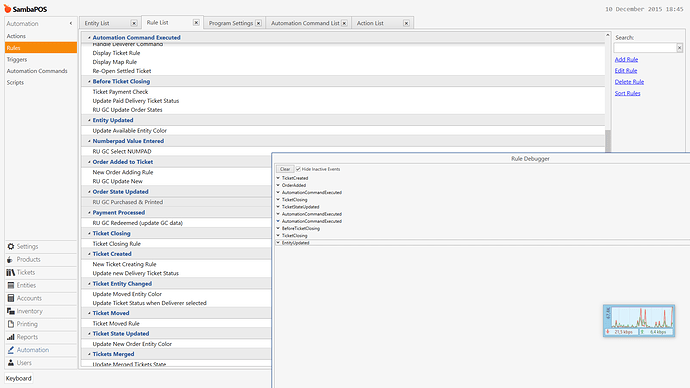 You buy a GC as a Product. You don’t create them manually.

@QMcKay
I already did buy it through a ticket and settled but the gift certificate entity still did not get created.

I am on V5.56 if it’s make any differences, from my rule debugging somehow “Order State Updated” doesn’t get called when buying through a ticket.

Check this Action and Rule…

If you want to issue a GC without taking payment for it, you can add an automation command button for this and add this Rule… 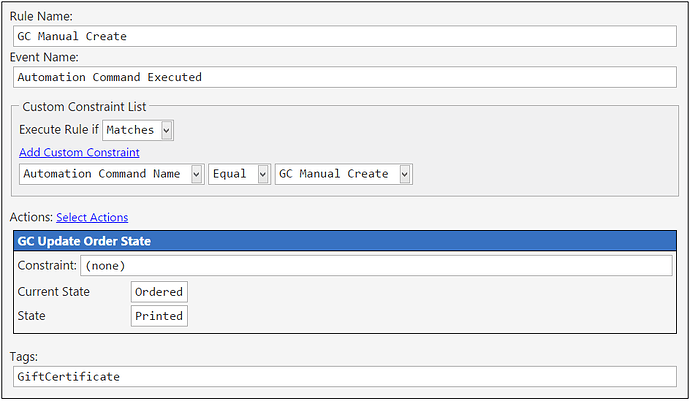 Do you want my database dumps?.

Hey Q - I scanned over that early V4 Tutorial and there is no Primary Key Defined? Is that correct… just saying?
Tutorial back in John’s days. 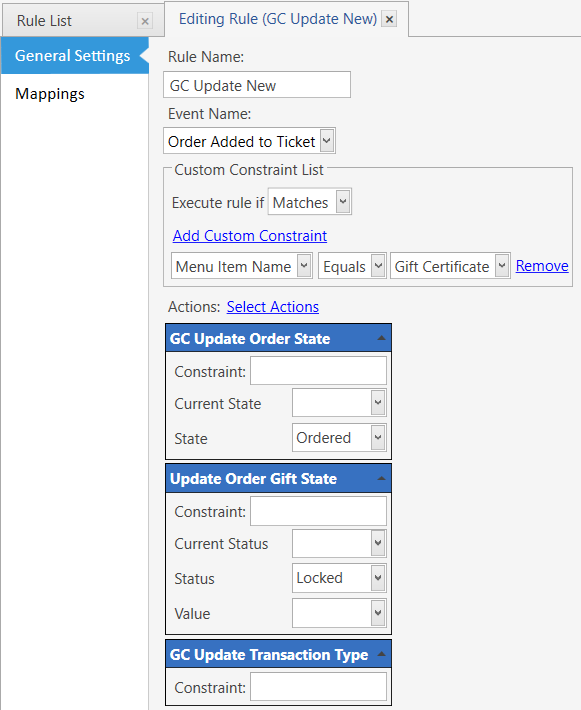 there is no Primary Key Defined? Is that correct… just saying? 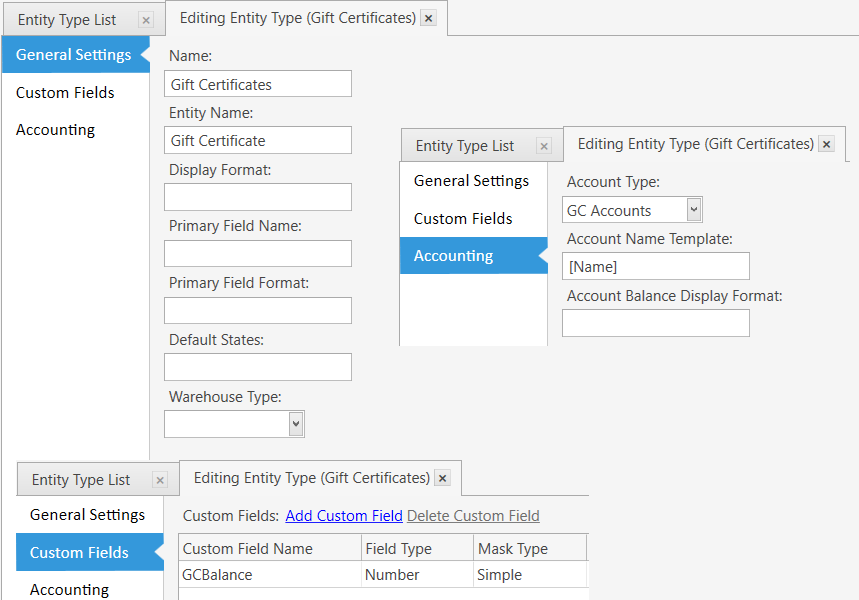 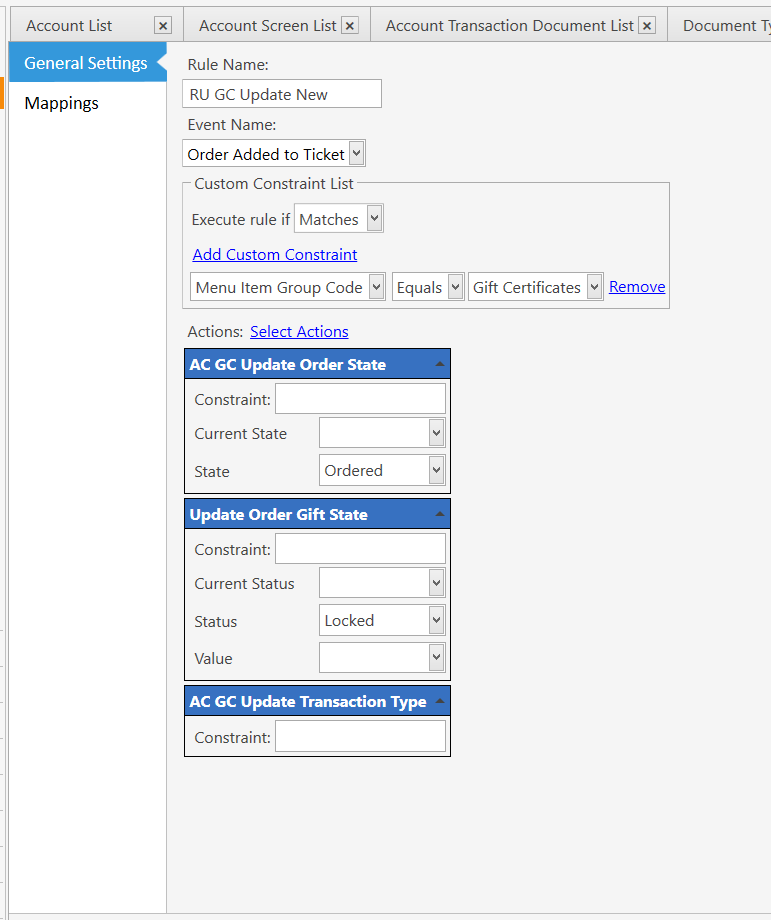 If you added the manual create button, show what happens when you click that button… we should see the Order State change from Ordered to Printed.

When that happens, it should trigger the event for Order State Updated (GC Purchased & Printed), which is where the GC Entity and Account are created…

It looks like the state is being updated properly. But for some reason, the Entity and Account are not being created. Is the Rule not firing?

In the Rule for GC Purchased & Printed, add a Show Message Action to the top of the Rule, and put this in there:

@QMcKay
The Show Message Action never get displayed, i have debugged the rules, and it seems somehow it never reaches “Order State Updated”, so “RU GC Purchased & Printed” never get executed

@QMcKay
Exactly, Here is it : 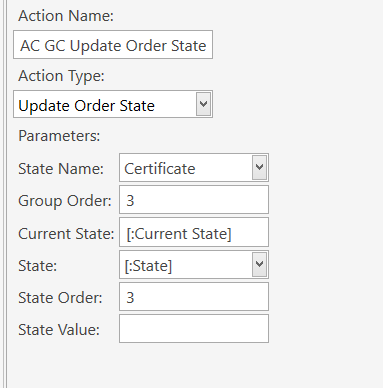 Something is stuck. You might need to recreate the Rule from scratch (not cloned).

Try creating a new Rule containing only the Show message action, and set up the same constraints as this:

, After re-created the rules and found out there is a blank space both in-front “State Name” Equal and “State” Equal, sorry for the false alarm!. Really thanks for spending your valuable time debugging it

Is there anyway to create gift certificate through the entity screen?