Guys, I dont know if this is solved or discussed elsewhere, but…
I love reports and what can be accomplished with them… but something is missing here.

When I want to compare two months, or two years or two days… its difficult to do so with a fast look if there are no graphics in the report.

Is there any chance that Samba includes a graphic report, or graphics inside reports?

For now export your data do Excel.

It will be better if you give more details about what specific report you mean and which graphic chart types you need.

Its not exactly the same thing but remember we can use SQL and clever scripting to show some basic graphs and graphics on Tiles in navigation.

Well, this was not intended to what I need, I was thinking more generally, perhaps we could start with some basic pie and bar graphs.

like sales by day, week, month, work perido… would be nice to have bars to see how it behaves…

We can do Sparklines and other graphics that simulate bars. We can do arrows etc along with that. It works great for some quick glances at stuff on tiles. I think it might be possible to make Label widgets with it too although I have not tested that.

Ill create a sample right fast. The one listed in the features was a KPI metric we can use that type of script for other purposes as well it was meant as a starter to demonstrate capability. 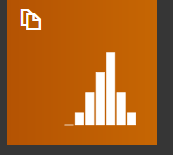 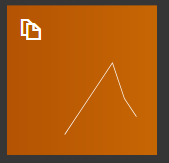 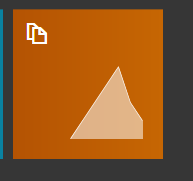 I made it simple so I could take some fast screenshots but that was my Sales per Hour Metric.

For simple testing you can try <sparkline bar 100>1,2,3,4,6,8,2</sparkline> the numbers between the tags represent data. So for example if it was sales per hour you would need to have a SQL query that returns sales per hour comma separated.

As for Pie charts I dont think those are implemented yet or at least were not documented. I know this is not exactly what you were asking for but its a little known feature that was not used by many except maybe me lol. I think its pretty cool.

Of course many people with v5 may just now be discovering this. We discussed it in private and its part of the Features but at that time there were only 3 of us testing or using this so the feature probably got berried in that long features thread and never got much further discussion. I would love to see more improvenement and ideas with this. I think having tiles that can display these quick graphics etc are awesome.

An improvement I would like is the ability to add reference data to the chart like a Key and of course Pie graphic capability.

OK, that would work for me… for now… jajajajajjajaja
where is that KPI script, I will lookup for it…

I would be interested in sales comparissons since we are just starting up, and we are investing a lot of time in facebook promotions. at the moment the only customers we have are from our facebook fan page wich became a nice form of advertising. in one week we got 1.800 friends, 330 likes on the page and a lot of nice comments.

I am building the Sales per hour demonstration give me a moment.

EDIT: I am trying to build something more complete but ran into a small issue… working it out.