Handheld device which one you recommend?

Hi
At the moment I used SambaPOS on one touchscreen computer. I just what to get handheld device for my waiter.
Which one do you think it easy to setup??? Thanks

Ipad mini. Is the best.

Ipad Mini you can setup with RDP. WIndows 8 tablet you can install Samba on natively and use without RDP. Android works just like Ipad.

Windows 8 Tablet would be the easy setup then.

Let me clarify. Make sure its windows 8 not windows rt. Typically the atom powered tablets all run win 8 and would work great. Can get some for pretty cheap

Here is a great Windows Tablet it is what I plan to use with Samba myself its one of the nicer looking tablets and most functional if you ask me. Price is right and it runs full windows 8.1 so you can install Samba directly to it. As a huge plus it comes with a digitizer pen that slides right into the bottom casing… very nice feature you could eventually allow customers to digitally sign using this…

Another great thing with using windows tablets is you can follow the group policy tutorial and set it up to run as a kiosk preventing employees from using other parts of the tablet.

Apple makes great products but personally I know a lot of businesses have made them work and work well… however I think the windows tablets support business a lot better. 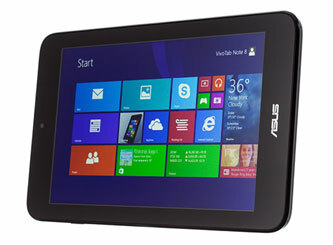 Out of the latest group of Windows 8 slate tablets, the Asus VivoTab 8 distinguishes itself with a low price, and by including standard features that are options on competing tablets. These extra features help it to pull ahead of the pack to become...

I got a dell venue 10" and it actually runs really sluggish, I don’t know if its because the server is installed on it also and its too much to handle. It literally takes tickets to open like 1.5-2 seconds.

I wouldn’t run the server on them unless its a more powerful one like surface pro. I have the Asus and it runs great. I also have a surface pro and it blazes.

Oh okay I thought that was the issue. How about the theory that you should never run wireless but instead do rdp? I even read on the samba rdp guide that it is not recommended that you run the software directly but instead do rdp.

I tried running rdp with 2x and got it all working on my nexus 7 tablet however I dont know why it performs so sluggish. The microsoft rdp app on android runs flawlessly. Anyone else have good performance on android or ios with 2x.

I even read on the samba rdp guide that it is not recommended that you run the software directly but instead do rdp.

I am not sure why it would state this as it is not accurate. If you have the option to run the software natively it is the better option. There are pro’s and cons to both.

How about the theory that you should never run wireless but instead do rdp?

I am confused what you mean here… it will be wireless on a tablet regardless if you do RDP or not. Difference being RDP has to update the entire screen and every action you perform across wireless where a local install only sends/receives Database commands and maybe message server.

RDP is completely Network dependent it also does not run as well when driven with a Hack from a client operating system that was not designed to run as a server. A server OS is designed to run it and it will run it more efficiently. You need a very fast network setup with efficient methods for it to run without lag.

Installing Samba locally on the device if it supports it eliminates the lag and reduces network traffic.

Our server is running server 2008 which also acts as our static terminal for our counter. We have 4 tablets that connect via RDP ( Blackberry playbooks

which I picked up for a song) a Lenovo Android Tablet connecting via RDP , 1 Windows 8.1 tablet and our kitchen terminal (which is a 6 year old laptop linked to a touchscreen) with local installation… and everything runs like a dream.

The playbooks are all 5g so wifi is nice and fast and the fixed terminals are on gigabit wired network.

So we have a variety of OS’s and hardware some rdp and some local installs and everything works perfectly.

I have installed a couple of additional 5g access points around our property which provides great coverage wherever our waitresses are and also provides our guest wifi access.

By wireless I meant samba install direct on tablet. I was under the impression that rdp worked better from my understanding of the guide on this forum. Another POS I had dealt with that also used MS SQL the developer had told me that the pos program expects cable network speeds and reliablility or else it will crash in the slightest lag thus through rdp the connection with the database would be through a network cable (or on the same computer) thus alot more reliable. Also rdp is a big investment on microsoft’s part thus is built to perform considering it’s depended on by millions of enterprise companies today. @kendash

RDP performance is relied on server, network connection and also client itself. Make sure your server can handle multiple user running at the same time. This using a lot of resource (ram and harddrive speed). You may try to use RDP from laptop with wire and wireless and see if how it perform.

@Hasa i see your point. In that regard you are correct. Both systems are dependent on speed of your network and possible interference. Both can experience lag if your network is not fast enough or has too much wireless traffic in the area already.

To increase RDP speeds you should invest in Windows Server OS as your server and invest in a very strong wireless setup with proven speed efficiencies and range. You are right in regard to the speed efficiency of RDP vs Local install on a wireless device. The Database communication is not a factor its strictly the RDP client so in that regard it could be more efficient… again it just depends on your network however.

I hear alot of people talking about a “Good network backbone”. What do they mean by this. I am only an IT guy as a hobby for 7 years now and havent yet took certifications or courses in networking but I know how to setup Static IP’s in the routers and other basic tasks with router setup. I have been eyeballing the Asus RT-AC68R router to use with RDP or DB connecting wireless. Only setup I can think of is giving every device in my network including the network printers a static ip and setting the dns to not hand out an ip in that range on the router. Is there anything else I should be configuring to achieve this “good network backbone”.?

I have a Netgear N600 setup at my uncles restaurant running rdp on 3 wireless dell venue 8 tablets. For the past 2 months iv only had an issue once where the rdp was going EXTREMELY slow. I just restarted the router and tablets then everything was performing well. I just assumed it was my $100 Netgear router that hiccuped.

When I mention Network I am not just talking about routers, or IP configurations. I am also talking about the Server, Server OS, Placement of Switches, Routers, Range Expanders. Also the standards used and any planning around interference or physical obstacles. Your network Backbone includes your servers if they can not handle RDP efficiently then it will affect it. Lots of various factors play into it.

Oh okay. Are you familiar with access point setups. I read that you can buy a coouple access points that connect to a poe switch and make up one long range wifi network that the tablets can use without having to switch from one network to another.

I probably worded that bad but there is a big difference in Access points and Range Extenders… if all your wanting is more range/reliable signal… you should invest in Range Extenders.