Help me I can't use sambapos 5 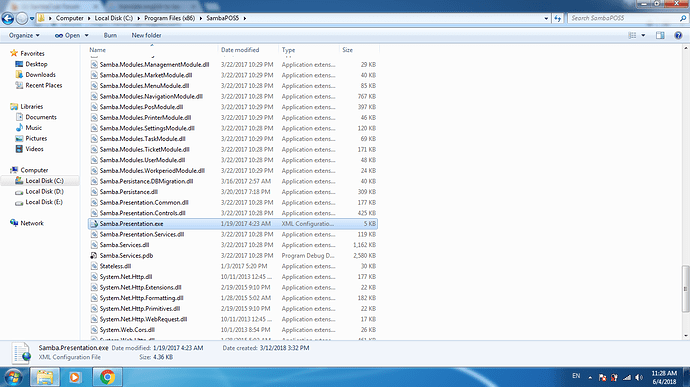 Did you try to reinstall?

What version of Windows are you using? Also that screenshot shows the exe so what exactly is wrong?

In that screenshot, showing file extensions is switched OFF (Windows default setting, IMO a bad idea) …

That “EXE” is not an executable at all. It is in fact an XML file having a .config extension. The executable is missing completely.

This is what that folder should look like (show file extensions is switched ON). 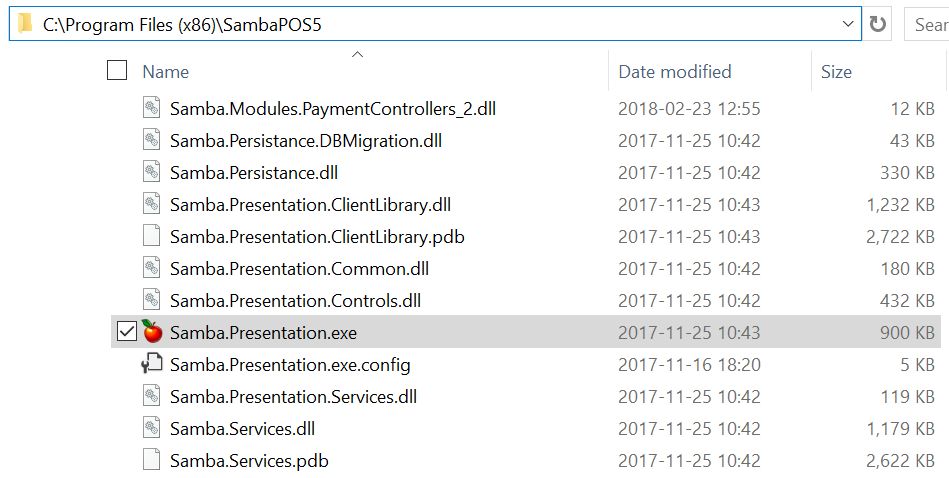