Help me learn to express an Entity field value in a tag for use in header, rules or report?

{ENTITY DATA:FieldName} provided filed names are unique or only one entity type selected
{ENTITY DATA:EntityType:FieldName} to specify specific entity type for field.
Look in the template help on printer template, it shows 95% of expresssions like this.

show “VIP Paradise” in the header

The only modifiable “header” is the POS Ticket screen, which can be set to display that information via Entity Type parameter Display Format by using values such as: 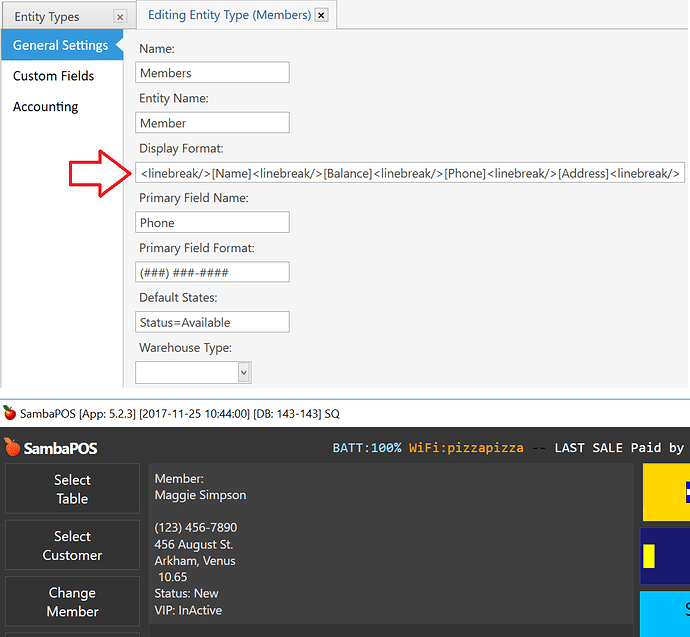 That is not possible I’m fairly certain

I don’t think it possible either, but I would try the tags mentioned by JTRTech, maybe omitting the Entity Type Type, like this:

Maybe explain why this would be usefull?
You want to set the button for the entity screen to the custom field value of the selected entity for that entity type?
Perhaps show the screen where this is going so we can understand the reasoning.
Im pretty sure you cant do this, I tried to make the header for the screen show how manu open tickets there were for the netities on that screen but couldnt do it.
Instead underneath each entity screen header I crated a text widget with dynaamic value showing the number of open tickets and value of tickets on that screen (in our case there are 4 screens for the 4 sections of the hotel (rest, conservatory, bar and lounge)

Nevermind about the picture, it is not for this project.
But it shows where I want a dynamic display of the name of the section/room appears 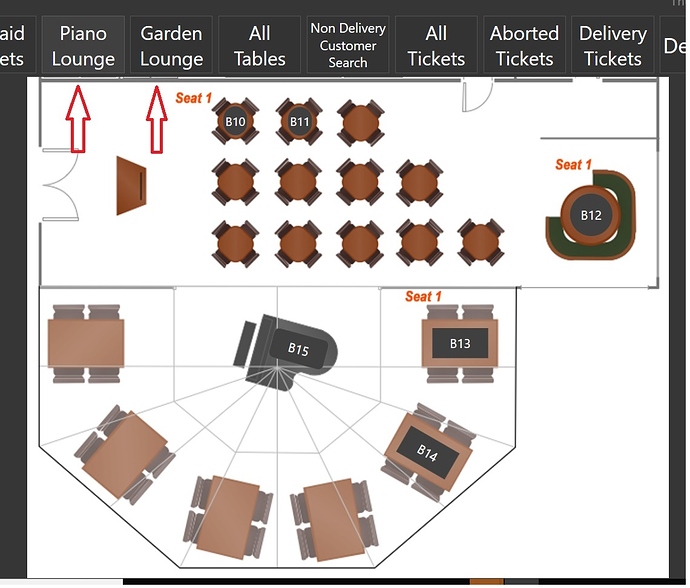 Then I want to create a form base on the following entity and let the manager of the day fill in when he is on duty. I prefer not to let him go in to the entities. I would create a separate entry form of some kind and/or ask question actions for that. And for the pictures, I will required them to be names generically like Room 1 Today and place at the same place when the manager comes in. I will require the promoter to design the pic in an unniveral manner that I fixed.

The information in the Entity will be propagated and displayed in various part of the POS during operation and reports. 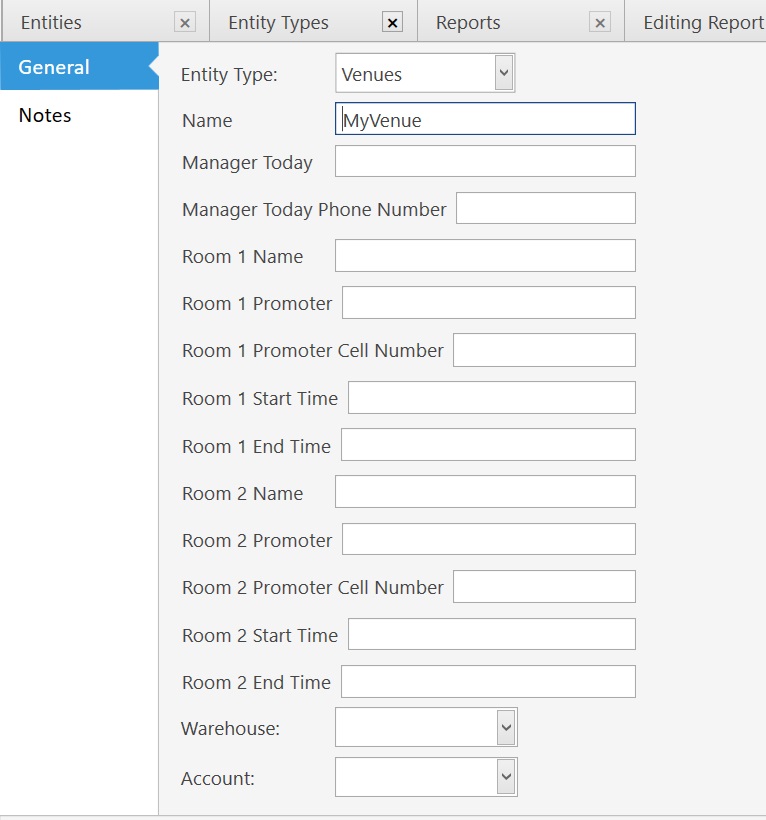 So the room 1 name may change to Trans Driver Tiesto for today and then Infested Mushroom tomorrow and the promoter name, start/end time… will also change base on what the manager keys in.

The system will start/cut/report the income calculation base on information the manager input.

Looks like I have to group these rooms together and use widgets to display the dynamic information from the Entity MyVenue, some what like JTR said.