I followed the simple reservation tutorial for some tips on setting up quotes/estimates for a retail setup. I am just finished but have one issue I cant solve. When I open a ticket and add item, then close. 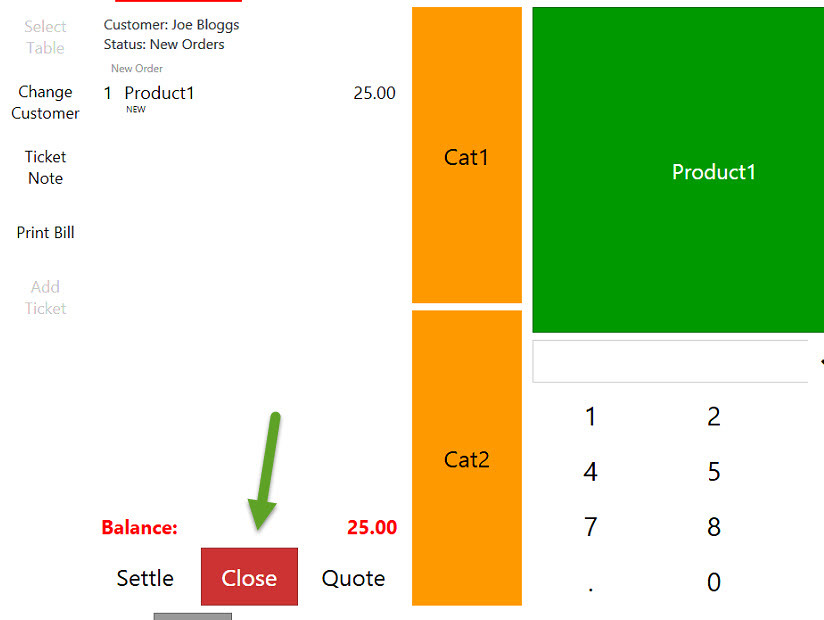 It adds to Customer Tickets. ( as it should). If I don’ close the ticket it works as it should. 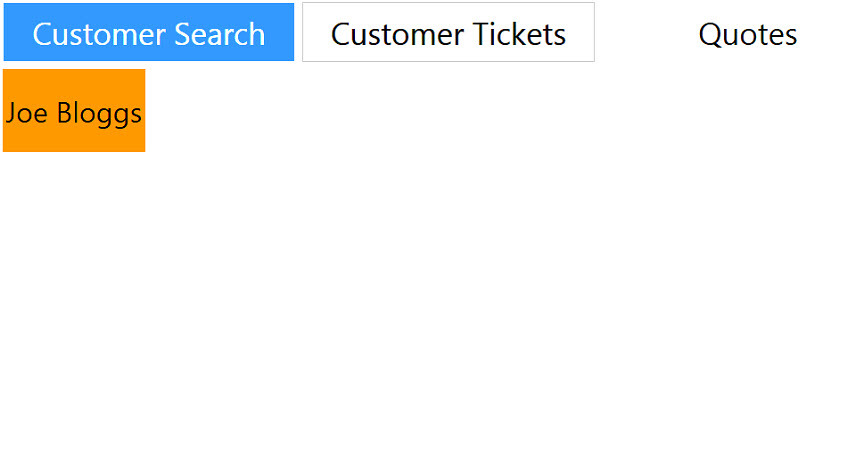 I open the ticket again and convert to quote 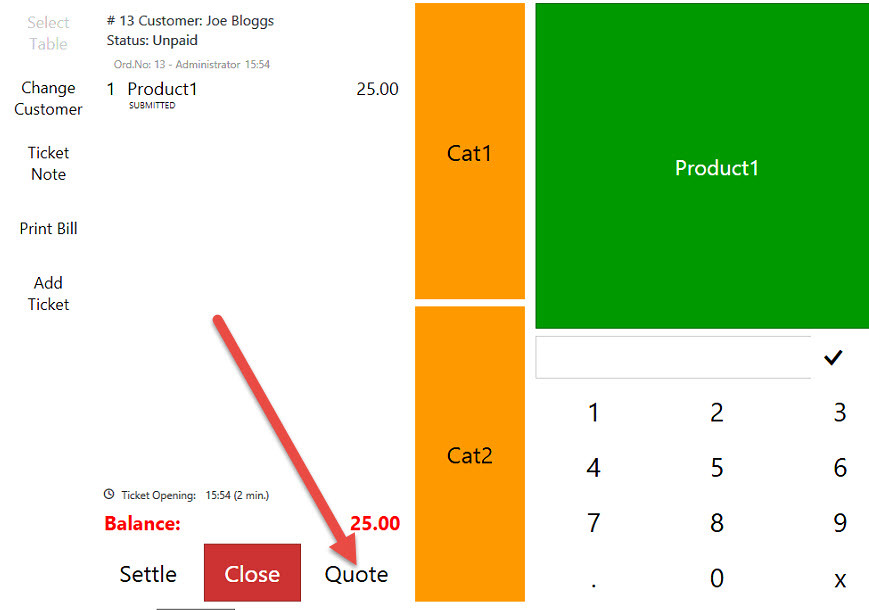 This works as it should

If I go back to Customer Tickets. The Customer name is still there this should be removed when converted to quote.As you can see in the image 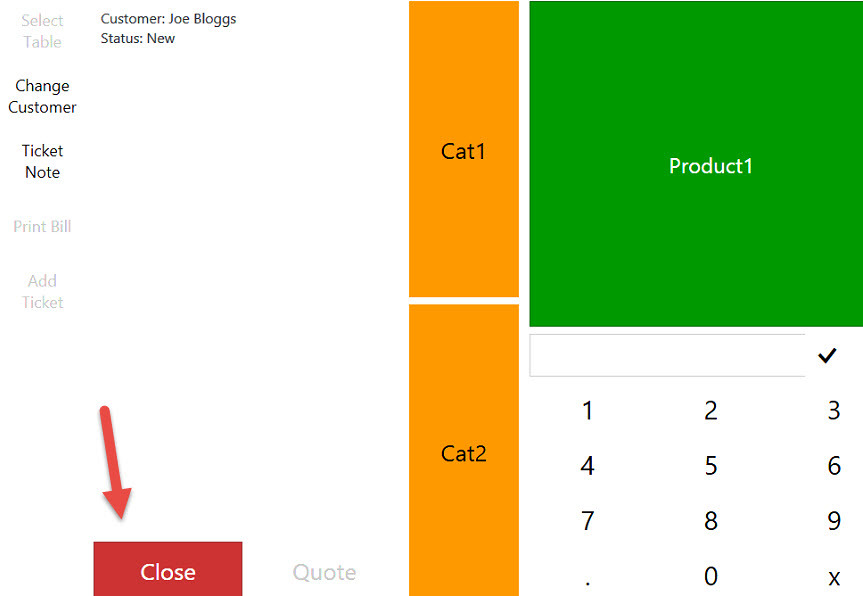 5.jpg863×596 46.1 KB
the ticket is empty because it was converted to quote but I have to click close to remove it from Customer Tickets. Is there any way of having this removed when Quote button is clicked. Below is my action and rule for the quote button. 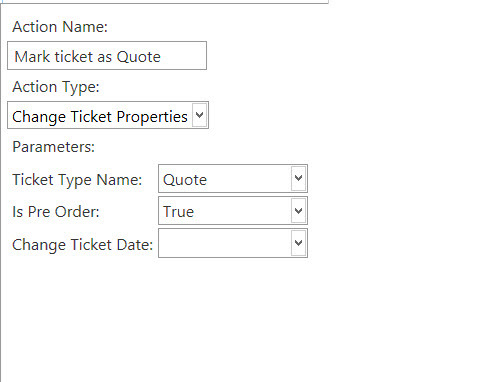 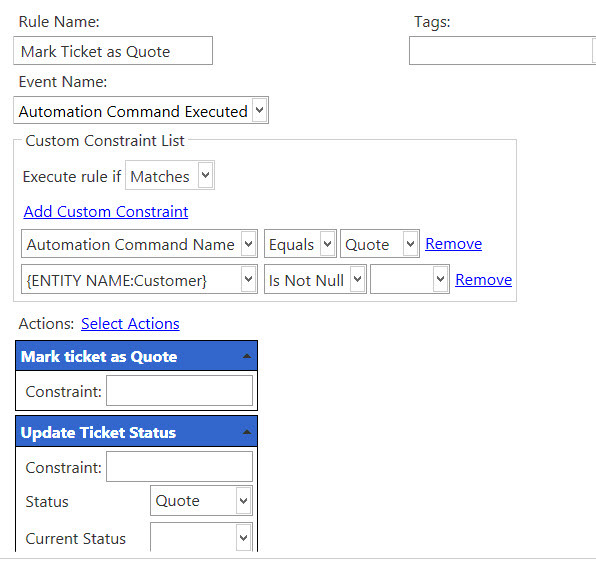 Try the Change Ticket Entity Action to remove the Entity. Assign an Entity that does not exists - use a DOT/PERIOD for example… 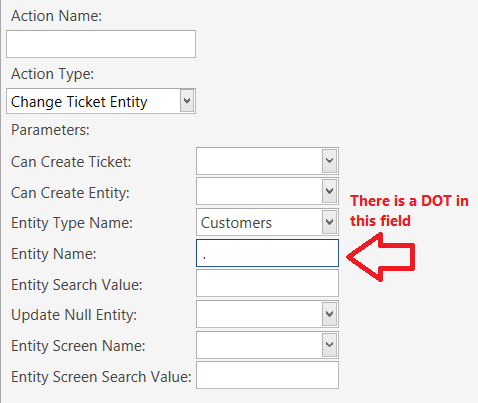 I added that action 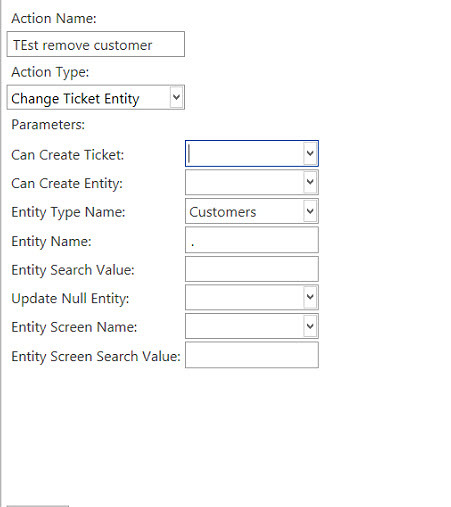 I then added the action to the rule but it didn’t work? 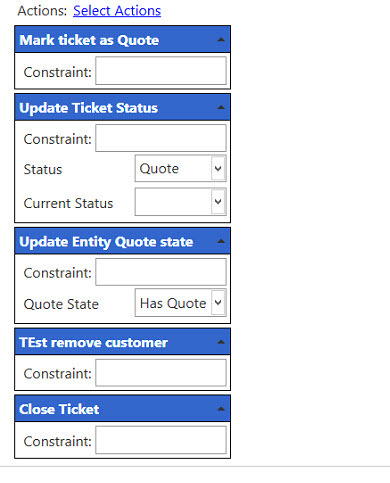 In the Action, try setting Update Null Entity to True.

If that still doesn’t work, clear the Entity Name field and put the DOT in the Entity Search Value field.

Sorry, it’s been a while since I tried removing an Entity from a Ticket, but I know it can be done somehow, and this is the correct Action to use IIRC.

I tried that but still cant remove the ticket.