If I remember correctly those closed actions relate to other parts of my system and are not directly relevant to the switch/hold itself.
This was taken from an completed setup with many other parts setup.
They will be updating multiple order states but not ones related to hold.

Thanks for your reply. That’s what I have guessed.

New Order, I use the default “Cancel” button to cancel the order 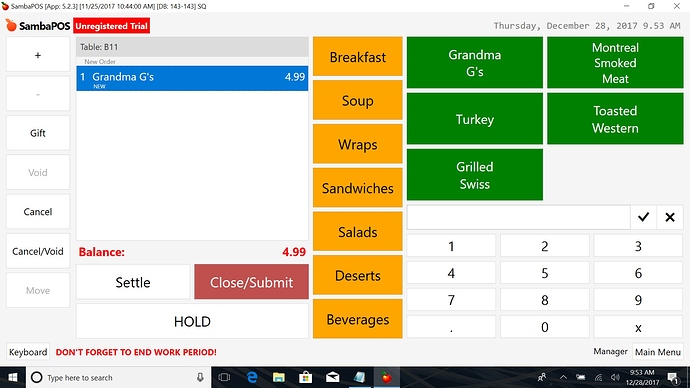 It works when the order is virgin new 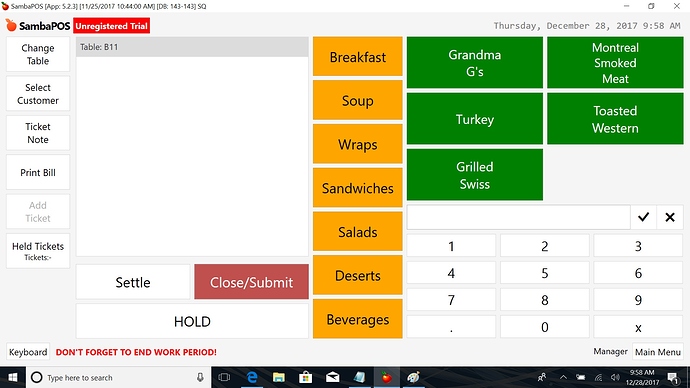 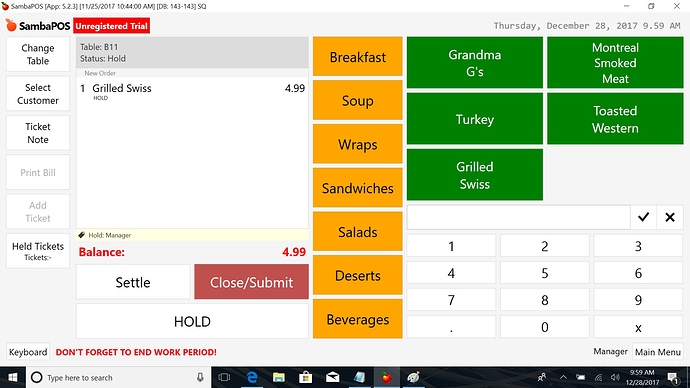 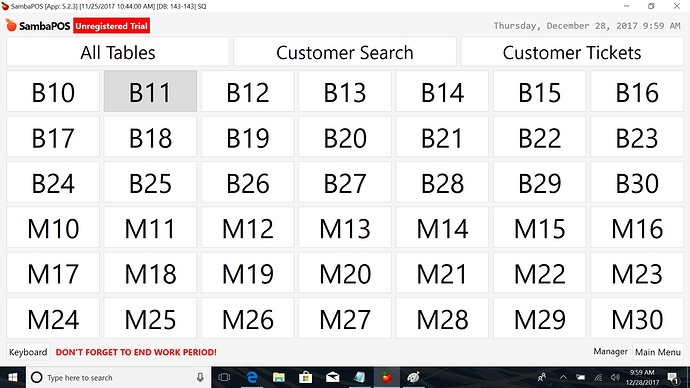 The default cancel button cannot cancel this “New” order which has not been submitted to the kitchen, so I made my own Cancel/Void button which basically is a clone of the default void button to void it. However, I must use the default close button again to close the ticket before I can go to do anythings else, so I assume the close button will re-submit this order even though I also voided it.

When I re-display the ticket, it does showed submitted and void.
Now, my quest is to properly implement the cancel button so that it can cancel a held new order without going through the void process and triggering a submit action. Any help would be greatly appreciated.

Cancel button only works before a ticket is submitted. Closing a ticket even if you used a hold button writes the ticket to database and cancel is no longer possible. Cancel works when ticket is not submitted aka has not been written to database yet.

It is impossible to hold anything without it being submitted. So void is your only option. Keep in mind the submitted I’m talking about is submitted to the database not necessarily the kitchen.

OK, Thanks for the advise.

That means I have to devise a new print job/template or actions for the kitchen to distinguish between the two types of voids/submit I am using.

I went to some length to mimic cancel order for held tickets.
It pretty much was a void but adjusted.
I made a button for it called cancel so staff know no difference and even made a custom formatting state which pretty much makes it disapear like a cancel.
If you make your hold cancel (void) flow not make the void a new status it wouldnt print it.