Ok, still a work in progress but quite liking my new switch user setup.

So the basic principle of what I wanted to achieve way a ‘lay away’ or switch user feature which allowed a few things;

One thing I am yet to implement which I would like to is setup so that ALL users are notified in similar way to if they have held tickets but for any ticket if the ticket is left on hold for longer than say 5 minutes.

Anyway, a video of the basic flow;

ACTIONS USED WILL BE GENERIC ACTIONS WITH [:FIELDS] AND NO HARD SET ACTION FIELDS

Not all actions in the rules will be required, screen shots are from live system with other configurations so I will not be showing all parts of the setup as will cause confusion.

The main parts are; 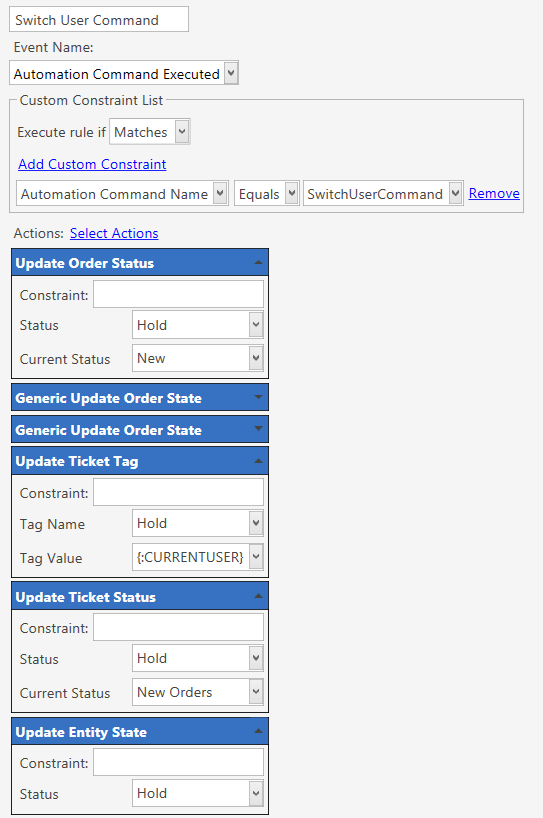 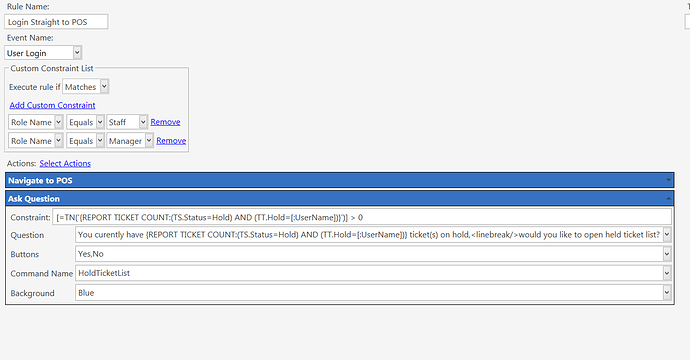 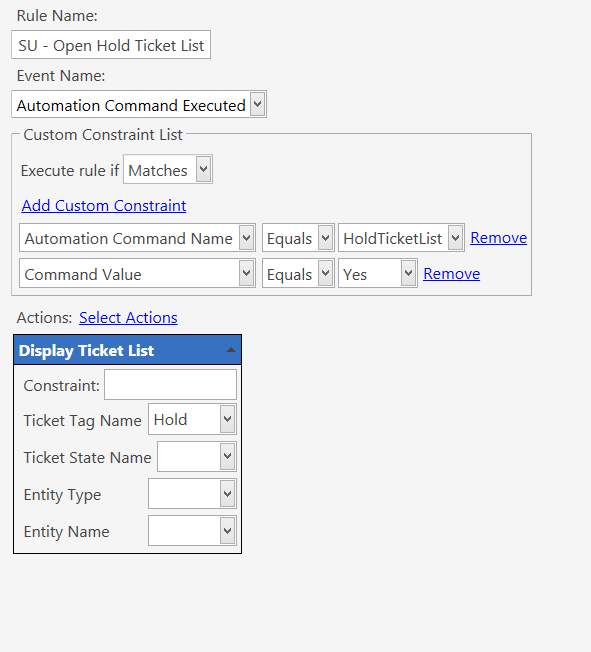 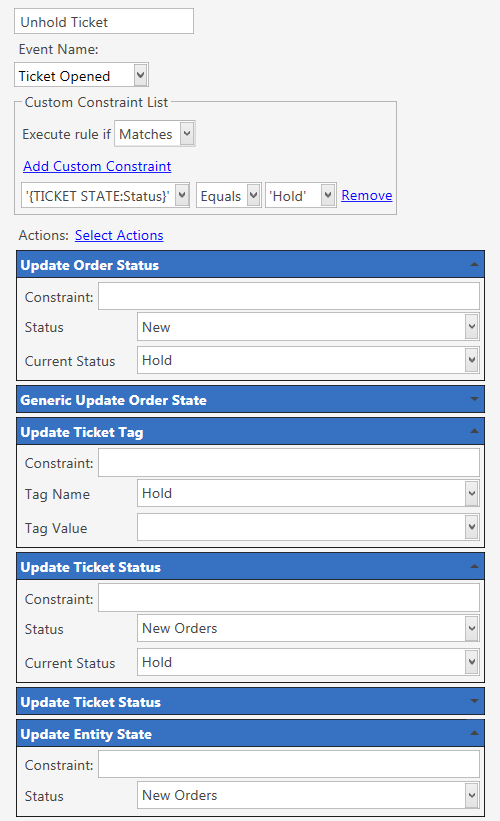 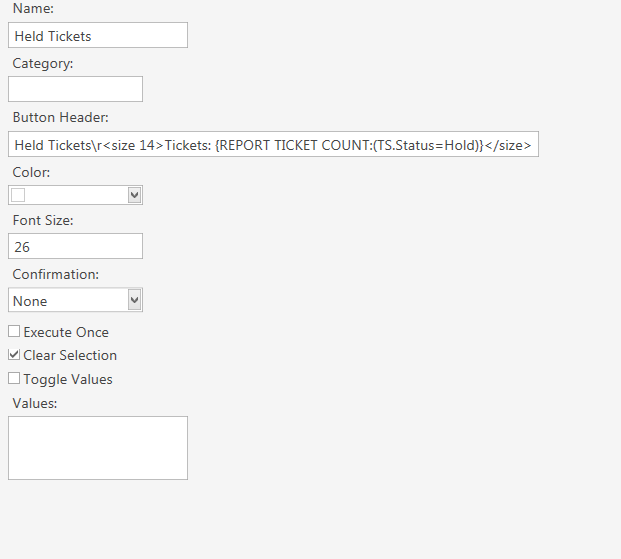 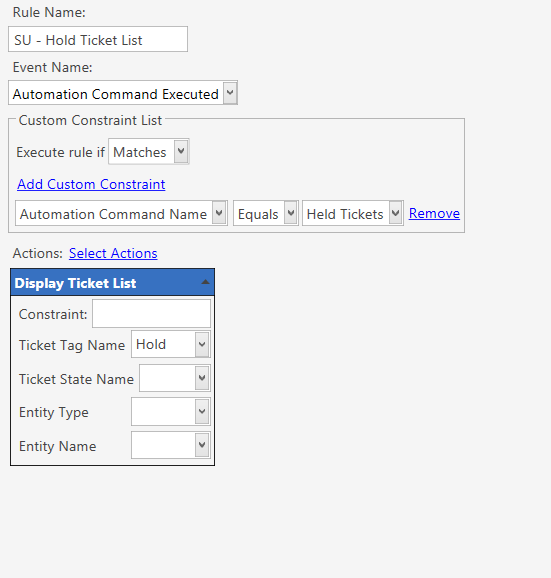 Wow looks like there is serious automation there… Liked how you benefited from custom report tags.

Think I need to revise with fresh db setup with full hold and switch config as got tricky trying to show setup without confusing things with other actions from hotel setup.
The custom report tag solved a niggle from origional setup which used a program setting to count tickets.
It even used the tag to decrease the origional users count if second user opened but thought it was getting out of sync somewhere but one of the girls managed to work out why it sometime said ticket on hold when no tickets held for user.
It turned out to be if started ticket, but canceled all and pressed switch user rather than close/logout as it still counted the hold but ticket wasn’t put on hold as was empty.
Was suprised she paid enough attention to pick up on that LOL
Either way the count hold state and user tag undermines that with a real time count

Use a report expression to count unpaid tickets linked to user, if multiple do shared list if one use similar report to get Id for the one ticket.

@JTRTech The expression doesnt seem to work in the constraint of the action to fire the ask question in the login rule. This is what you use:

EDIT: Nevermind I found it

Got it working good and finally incorporated the LOG IN user action. Instead of using a switch user button i use numberpad entered rule, so staff swipe card (which is their PIN) it activates the HOLD setup, logs out current user and then logs in automatically the new user that swiped their card

Can we get that added to the ticket lister widget settings so when the user navigates to the held order entity screen we can filter the held tickets that show on the widget to just those of the current user logged in?

@emre is there something i can put in this filter box so that it only shows the tickets from the current user? 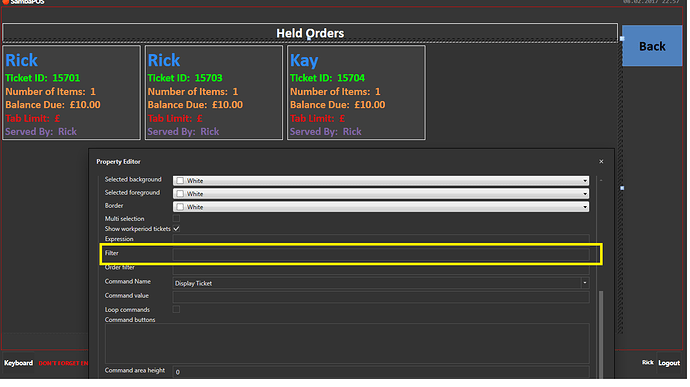 You’ll be able to write an Expression like that on next update.

Brill cheers emre, i tried just putting the current user tag there and it crashed samba and i had to restore a backup as everytime i entered the entity screen it crashed oops

Yep I saw that. It also won’t crash but display an error message instead.

Was just going to suggest that

This works perfect on latest update thanks @emre 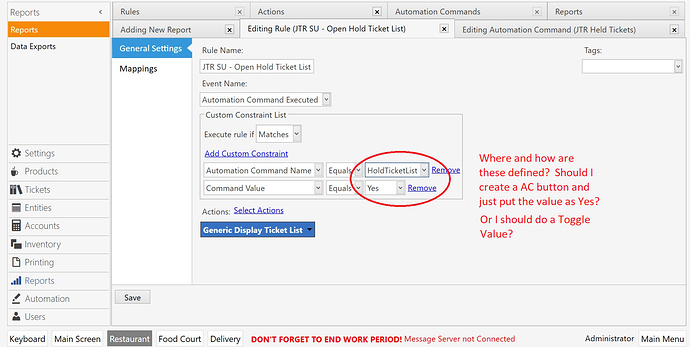 If you follow the tutorial then your good. But to answer you it is in the second screenshot of the tutorial the user login rule. It is handled with the ask question action.

I have been puzzling why multiple same or similar actions are used in one rule. 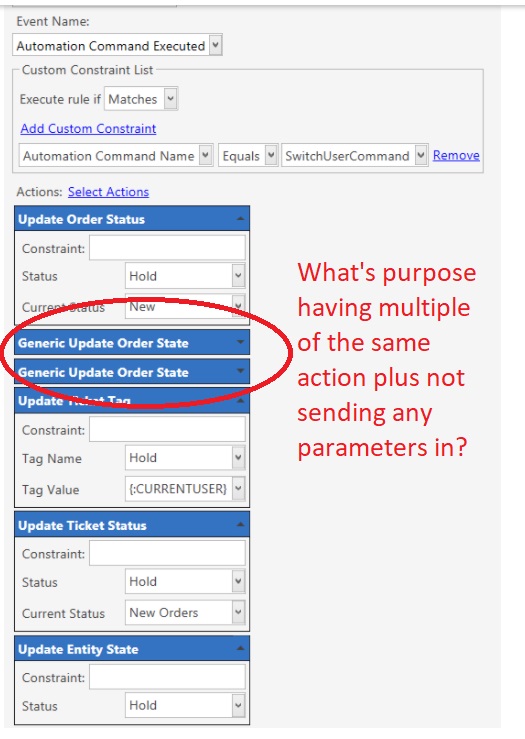 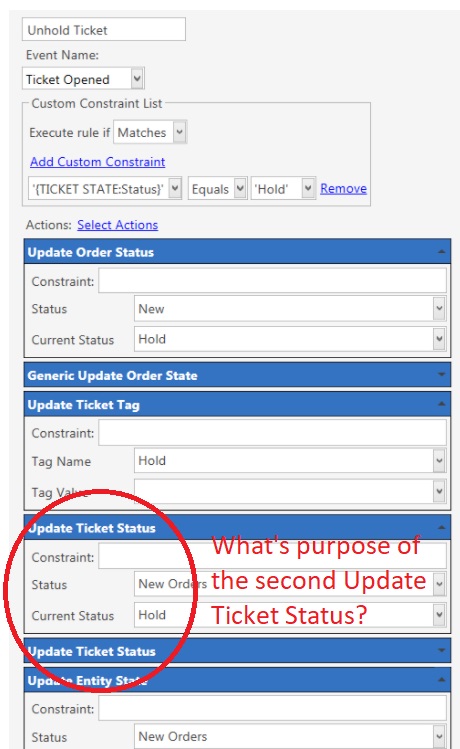